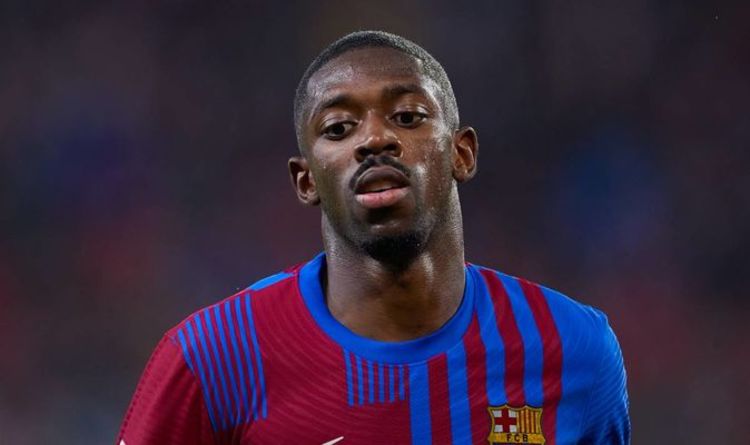 Ousmane Dembele is reportedly ready to go against his agent’s advice and end speculation about his future by signing a new contract with Barcelona. Dembele’s current deal is set to expire in the summer and he has been linked with Manchester United and Liverpool in recent months.

The 24-year-old has returned from the latest in a long line of injuries and appears to be part of Xavi’s plans going forward.

His Barca career so far has been defined by frustration, injuries and disappointment, with the club yet to see much return on the £135.5million (€147m) transfer fee paid to Borussia Dortmund in August 2017.

Dembele has contributed 30 goals and 22 assists in 125 appearances for the club over the past four years, but now he is fit, Barca have made their decision.

According to French outlet Foot Mercato, Dembele has turned down interest from elsewhere in favour of extending his contract at Barca.

He is yet to agree on the terms of his new deal, but Barcelona are ready to hand him a two-year extension, keeping him at the club until the summer of 2024.

That reportedly goes against the desire of his agent, Moussa Sissoko, who had been shopping his client around to Liverpool, Manchester United, Newcastle, Juventus and Paris Saint-Germain.

Sport reported recently that Sissoko believed Dembele could double his wages by leaving on a free transfer to United or Juventus in the summer.

Arsenal ‘list Aubameyang for sale in January’ despite Arteta’s view

That tallies with what Cuatro reported in October, that the Barca hierarchy were ‘uneasy’ with Sissoko’s actions, but it appears they have now got their wish.

Xavi made his stance on Dembele clear last month.

“I had an individual talk with him (Dembele) and I wanted to make my position clear, that I count on him for the project and not only for this season, I want to have him at the club for many years,” he said.

“I hope he renews, but it depends on him and the club.

“I have spoken to him and he’s very happy here. We’re going to try and let’s see if we can renew [his contract] because, for me, he’s a key piece.”

Barca are expected to be active in the summer transfer window, with Xavi desperate for reinforcements to close the gap to Spain’s top teams after being knocked out of the Champions League.