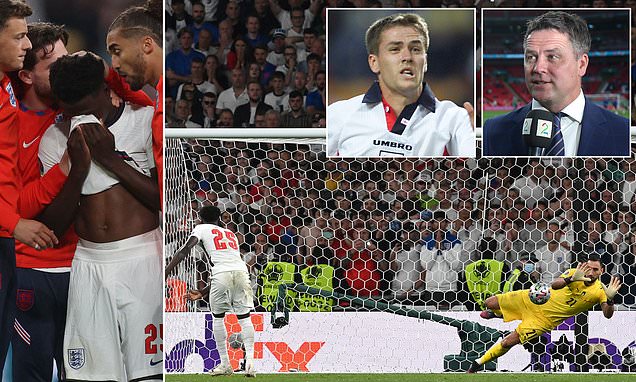 Michael Owen insists it is ‘absolute B******S’ that 19-year-old Bukayo Saka was ‘too young’ to take decisive penalty against Italy and even claims ‘it’s easier!’… before listing the ages of England players to miss in shootout defeats since Italia 90

Michael Owen claims any arguments that teenager Bukayo Saka was ‘too young’ to take the crucial fifth penalty in England’s Euro 2020 final against Italy are ‘absolute b******s’.

The 19-year-old stepped up at Wembley needing to score to keep England alive in the final but saw his spot kick saved by Gianluigi Donnarumma to send the Italian fans in the London stadium into delirium.

Many figures in football, such as Roy Keane and Jose Mourinho, pointed at Saka’s age as a reason why he missed his penalty, but Owen – who scored a penalty in the 1998 World Cup shootout against Argentina aged 18 – dismissed those claims. 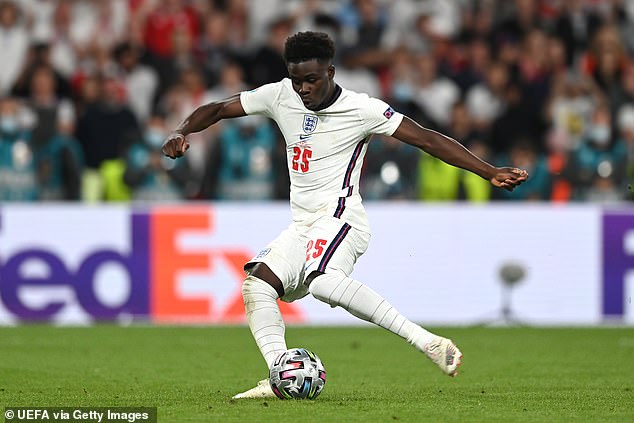 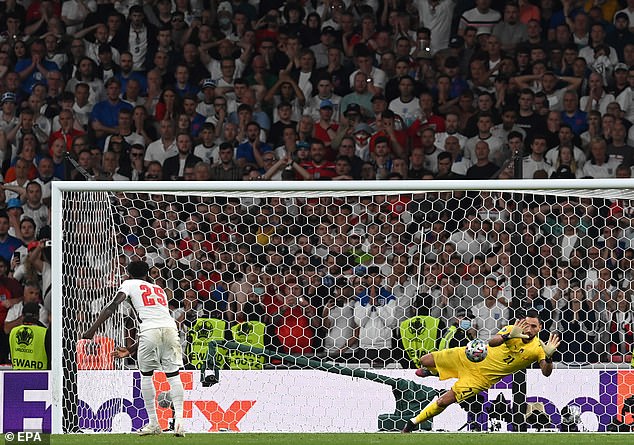 He tweeted: ‘So much to debate following #EURO2020 but I simply can’t have this “too young at 19” theory to take a penalty. In fact, if my experiences are anything to go by it’s easier being young! Fearless, confident, no previous scars etc.’

Owen then posted a tweet listing all the players to have missed shootout penalties in a major tournament defeat since the 1990 World Cup in Italy. 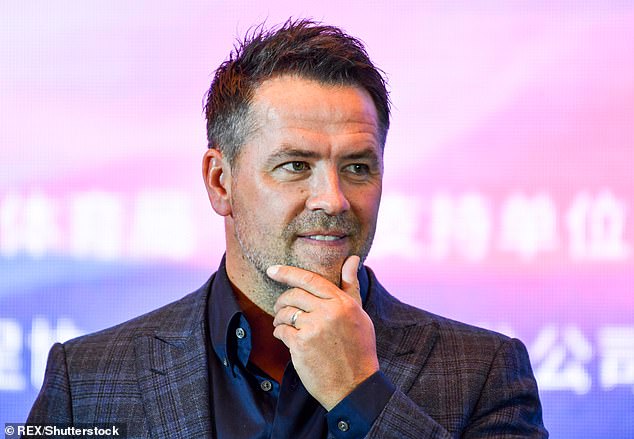 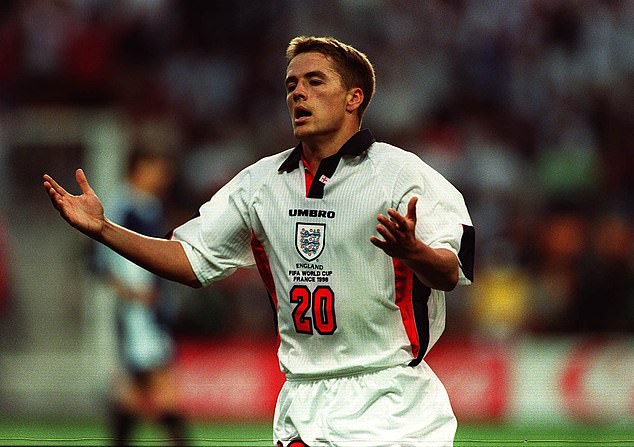 After the match on Sunday, ITV pundit Roy Keane criticised Raheem Sterling and Jack Grealish, who did not step up for the penalty shootout, for letting the teenage Saka take one over them.

‘If you’re Grealish or Sterling, you can’t have a young kid step up in front of you,’ the former Republic of Ireland and Manchester United captain told ITV.

‘You can’t sit there and say “I see a 19-year-old kid walk in front of me, when I’ve played a lot more games, a lot more experience…” and Sterling, who has won trophies. 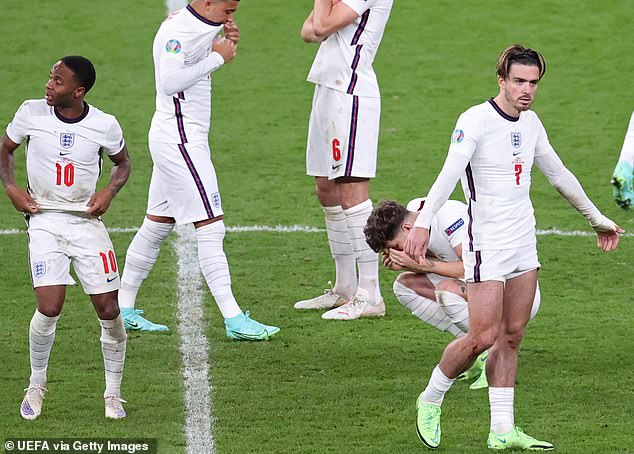 ‘I’m not saying he wasn’t prepared, he might have been (penalty taker) six or seven, (but) you can’t sit there. It must be hard to take. You’ve got to get in front of this kid and say “listen, I’m gonna step up in front of you”.’

Southgate said after the game that the decision to put Saka as his fifth-choice penalty taker was his decision and his responsibility alone, though Jose Mourinho adopted a similar tone to Keane’s.

The Portuguese manager told talkSPORT: ‘In this situation, where was Raheem Sterling? Where was John Stones?

‘Where was Luke Shaw? Why didn’t Jordan Henderson or Kyle Walker stay on the pitch? 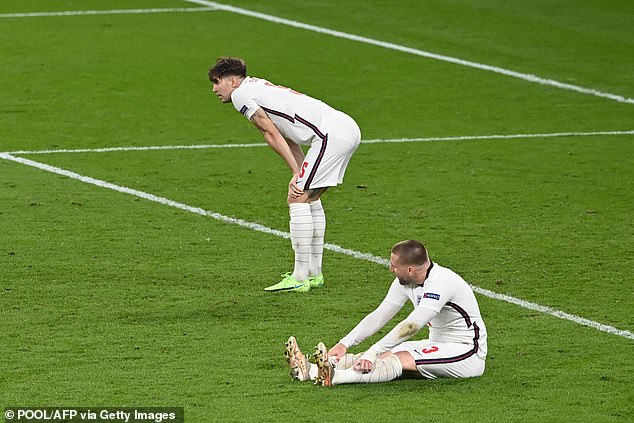 Saka was subjected to intense racial abuse on Sunday night after his penalty miss along with Marcus Rashford and Jadon Sancho – who also missed their spot kicks in the Italy defeat. 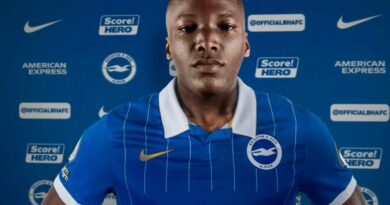 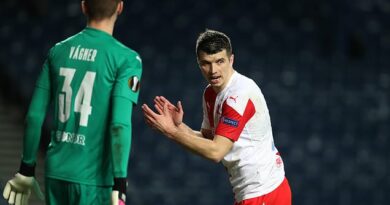 Czech Republic WILL call up Ondrej Kudelarif his appeal is successful 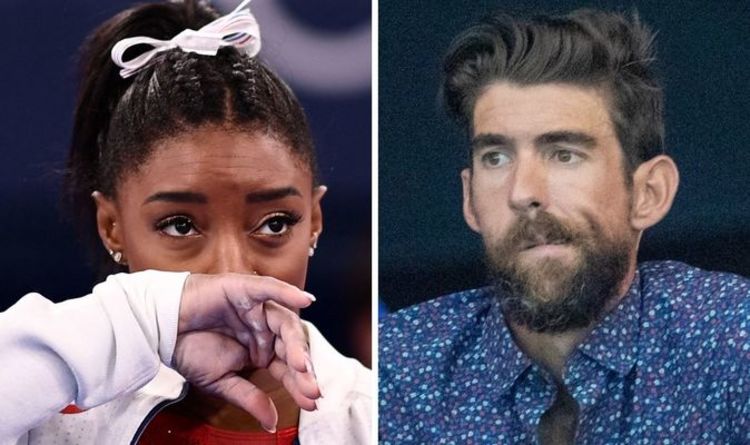