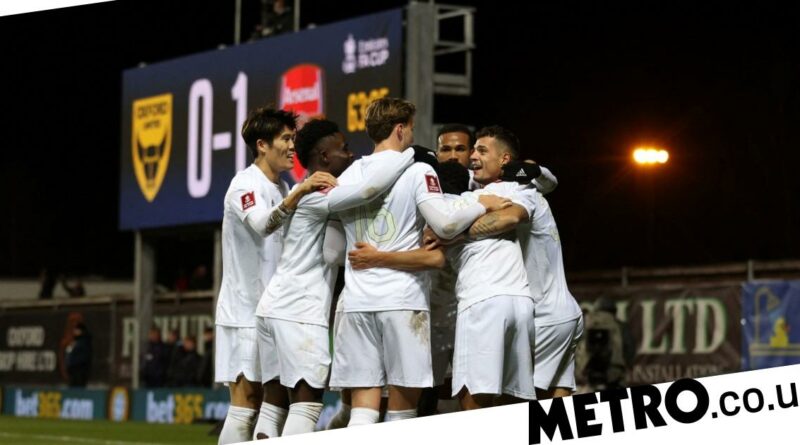 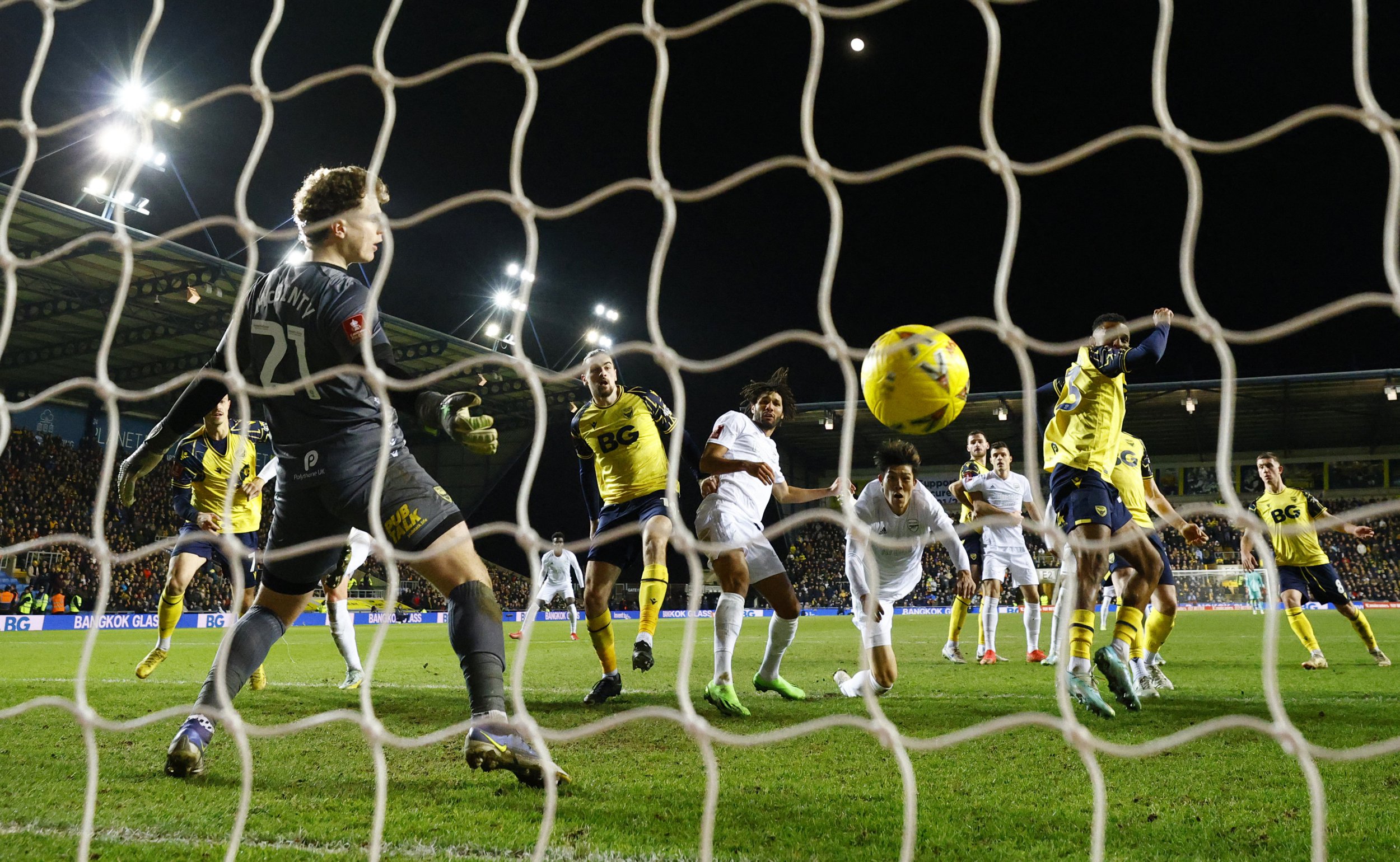 The Premier League leaders were unable to make the breakthrough against the League One side until just after the hour mark when Martinelli was brought down by Djavan Anderson on the edge of Oxford’s penalty area. Fabio Vieira then delivered a brilliant free kick which was met with a thumping header by Mohamed Elneny.

Arsenal then stepped up a gear and Vieira provided a brilliant through ball for Eddie Nketiah to double the Gunners’ lead.

Nketiah then wrapped up Arsenal’s 3-0 win with his second of the game with 14 minutes remaining.

Asked if he felt the scoreline was tough on his players, Robinson told ITV: ‘It was, we lost control of the game in the central part of the second half.

‘Questionable whether it was a free kick or not [for Arsenal’s opening goal] – the scream certainly led to the free kick.

‘Then the ball in is the reason why they’re Premier League players, the quality, the aggression, the athleticism to head that was unbelievable.

‘From my point of view, my players did the football club proud. I felt we fought in all areas of the game, I thought we didn’t look like a team that was so far apart against a top-level team.’ 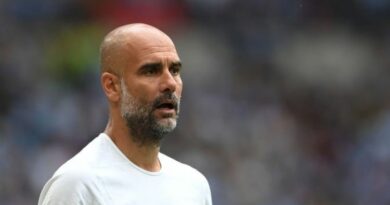