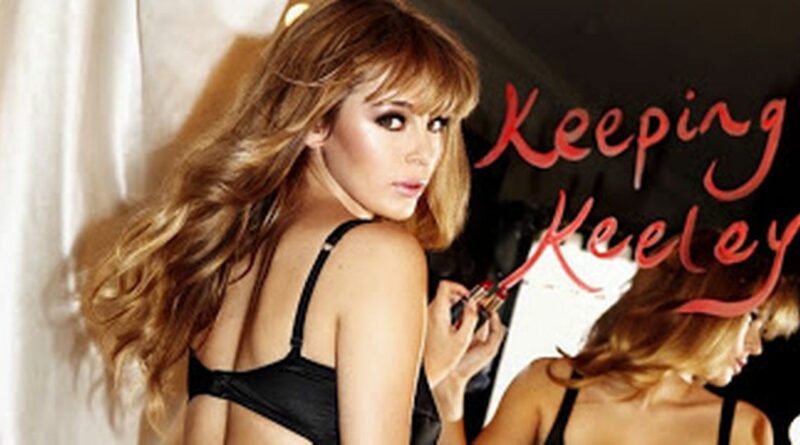 Sign up for Daily Star Hot Topics newsletter for the most exciting real life, fashion and sex tips HOT off the press

England’s players left everything on the field after crumbling to a penalty shootout defeat in Sunday’s Euro 2020 final against Italy.

The two teams drew 1-1 after extra time before heading for spot-kicks at Wembley, and it was Roberto Mancini’s men who held their nerve to emerge as victors.

But there was another accustomed to bearing all in front of the nation, former Page 3 star Keeley Hazell, who attempted to motivate England’s representatives in her own special way.

Hazell, 34, posted an Instagram story that showed her messaging the England team, attaching a photo of her cleavage along with the words: “Good luck lads.”

After the Queen wrote a letter to England stars, Hazell joked this was her version of Her Majesty's rallying cry.

It’s uncertain as to whether Gareth Southgate’s squad received her message of encouragement, though they’re weren’t able to have the desired effect even if they did.

Luke Shaw took only 117 seconds to open the scoring at Wembley, meaning his half-volleyed strike was timed as the fastest goal scored in the final of a European Championship.

But England were put under immense pressure, and Leonardo Bonucci eventually equalised on the 67-minute mark before Italy ended normal time in the ascendancy.

Neither team could make a dent during extra time, and England went on to miss their last three penalty attempts as their first visit to a European Championship decider ended in despair.

Do you think Arsenal should spend £50million on Martin Odegaard? Let us know in the comments section.

Hazell was once a Page 3 regular and frequently featured on the front pages of lads’ mags, though she’s adopted a more elegant style of modelling in recent years.

Her Instagram page—which has more than 175,000 followers—features updates of Hazell’s travelling exploits and scantily clad snaps from her personal life.

The London native has moved more into the acting world of late and featured in 2014’s Horrible Bosses 2, as well as picking up a guest role on the Apple TV series Ted Lasso.

Hazell has also been romantically linked with Ted Lasso lead Jason Sudeikis after sparking up a romance while the Hollywood actor was filming in England.

England came within inches of lifting the European Championship in their first trip to the tournament’s final, but the nature of their penalty shootout loss will leave a mark.

Gareth Southgate has insisted he won’t overstay his welcome as Three Lions coach if others want him to leave, though he suggested he’s in need of a break ahead of next year’s World Cup in Qatar.

Speaking to reporters on Monday, he said: "I don't think now is an appropriate time to be thinking about it. We have to qualify for Qatar. I need time to go away and reflect on Euro 2020. I need a rest.

"To lead your country in these tournaments takes its toll. I don't want to commit to anything longer than I should. It's not a financial thing. As I sit here today, I would be wanting to take the team to Qatar.”

"If you want sustained success as a team, you need to be constantly evolving, improving and constantly finishing in latter stages of tournaments.

"It feels like my stomach has been ripped out this morning. But the fact we have had the first signs of some consistency – a World Cup semi-final and a Euro final – has to be a step in the right direction."

Jurgen Klopp: This is just the first step for Liverpool