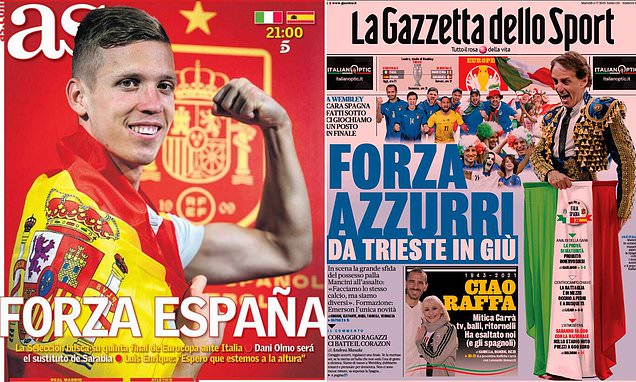 ‘How fantastic is this party?’ Papers in Italy and Spain look forward to mouth-watering Euro 2020 semi-final at Wembley with Dani Olmo pictured flexing his muscles and Roberto Mancini mocked up as a Matador!

London is calling for Spain and Italy as they fight it out for a place in the Euro 2020 final at Wembley on Tuesday night – and it’s little surprise their sports dailies are ramping up the anticipation.

‘How fantastic is this party?’ reads the headline on the front cover of Tuesday’s edition of Marca alongside a group celebration picture from Spain’s quarter-final victory over Switzerland.

They go as far as to describe Italy as the ‘arch-rival’ with this being the fourth consecutive European Championship in which the two nations have collided in the knockout rounds. 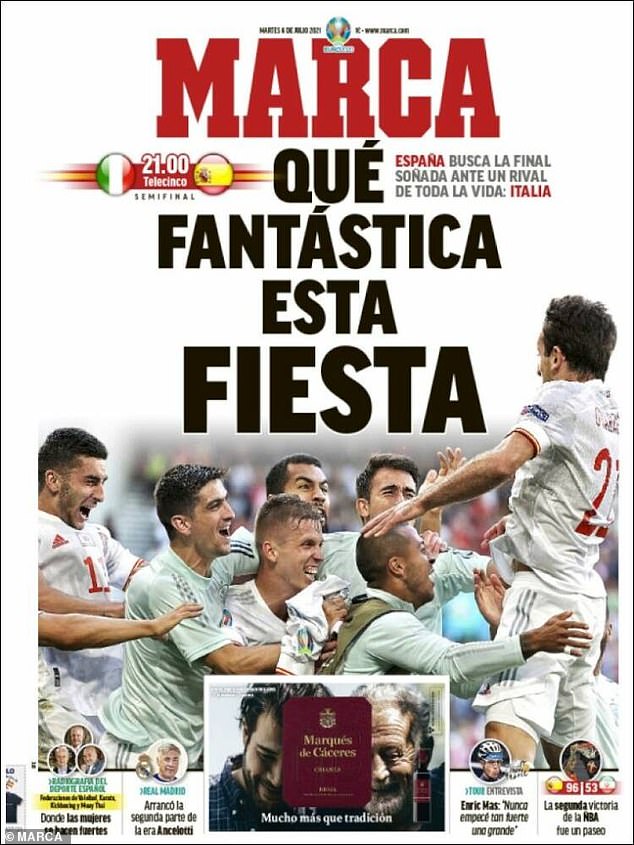 ‘How fantastic is this party?’ asks Spanish sports daily Marca ahead of the clash with Italy 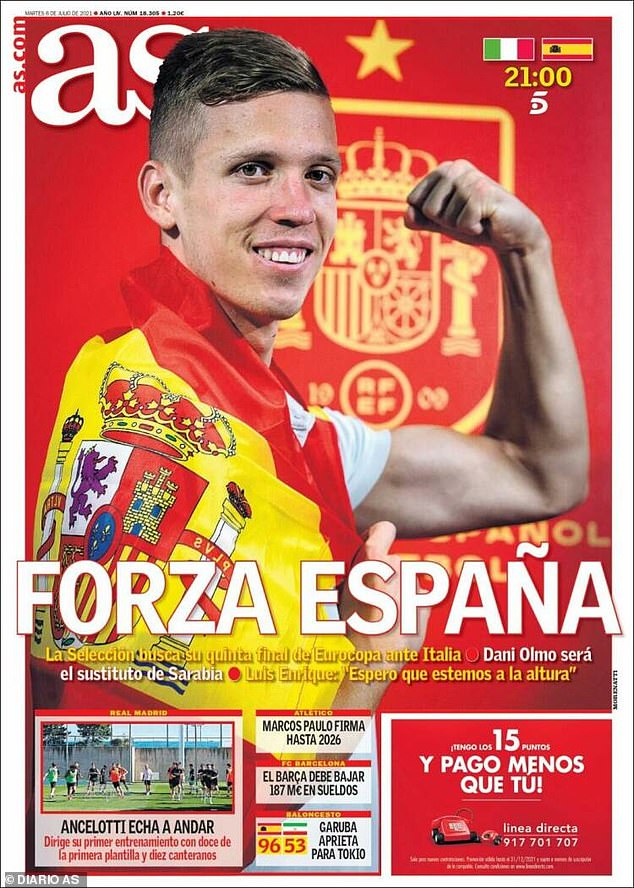 ‘Forza Espana’ say Diario AS on a striking front cover that features Dani Olmo draped in the national flag and flexing his muscles.

They report that RB Leipzig attacking midfielder Olmo will come into their side for the injured Pablo Sarabia.

Coach Luis Enrique confirmed that Sarabia has suffered an abductor muscle injury and is the only Spain played sidelined for the clash at Wembley.

Mundo Deportivo, meanwhile, go with the simple ‘The final’ headline along with pictures of the excellent Barcelona teenager Pedri and also Italy forward Lorenzo Insigne. 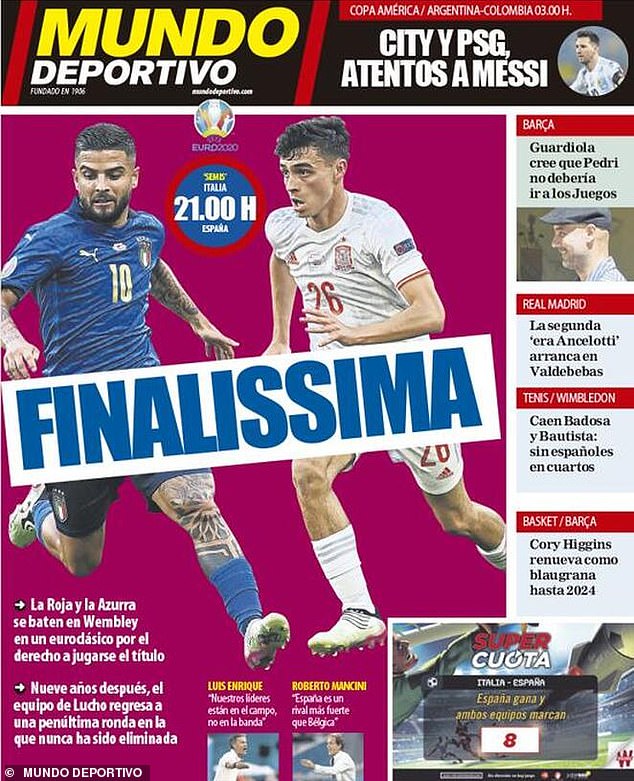 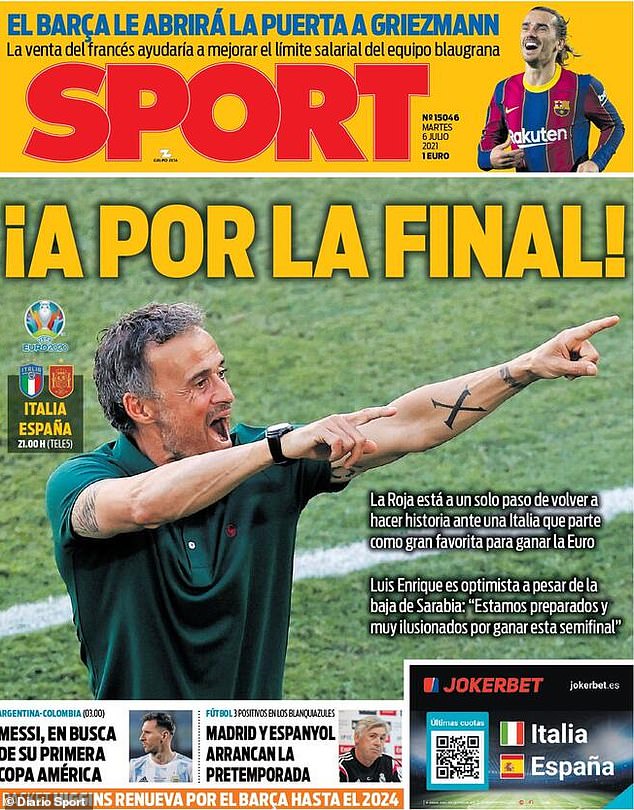 Diario Sport feature Enrique pointing the way and the headline ‘for the final’. They acknowledge that Italy are the ‘favourite’ to win the semi-final given their better form during the tournament.

The mood over in Italy is bullish with an eye-catching front cover on Gazzetta dello Sport showing coach Roberto Mancini as a Spanish matador.

‘Forza Azzurri’ is their headline as they throw all their support behind a team that have been wonderful to watch for the most part at the Euros. 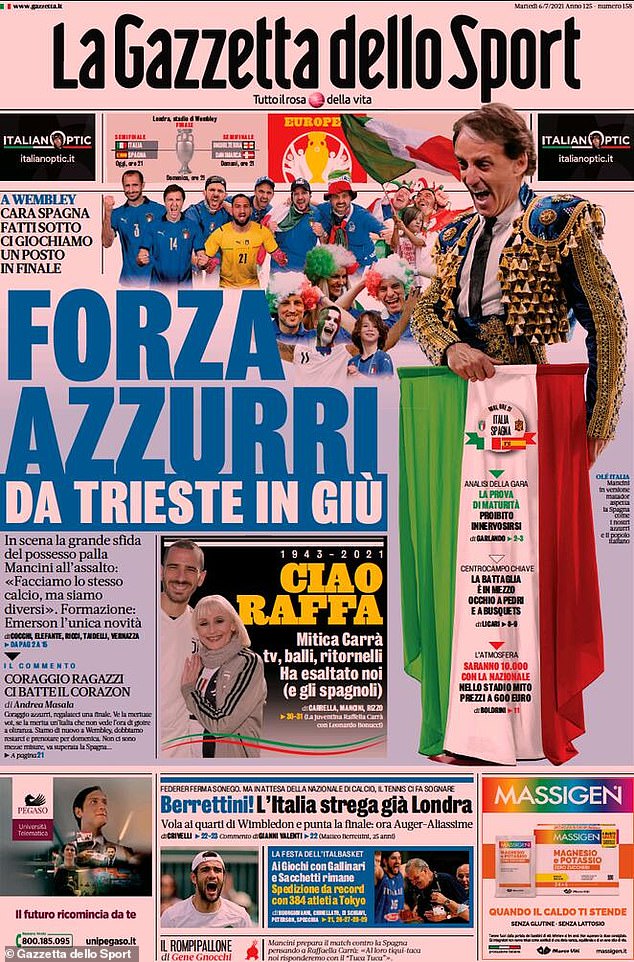 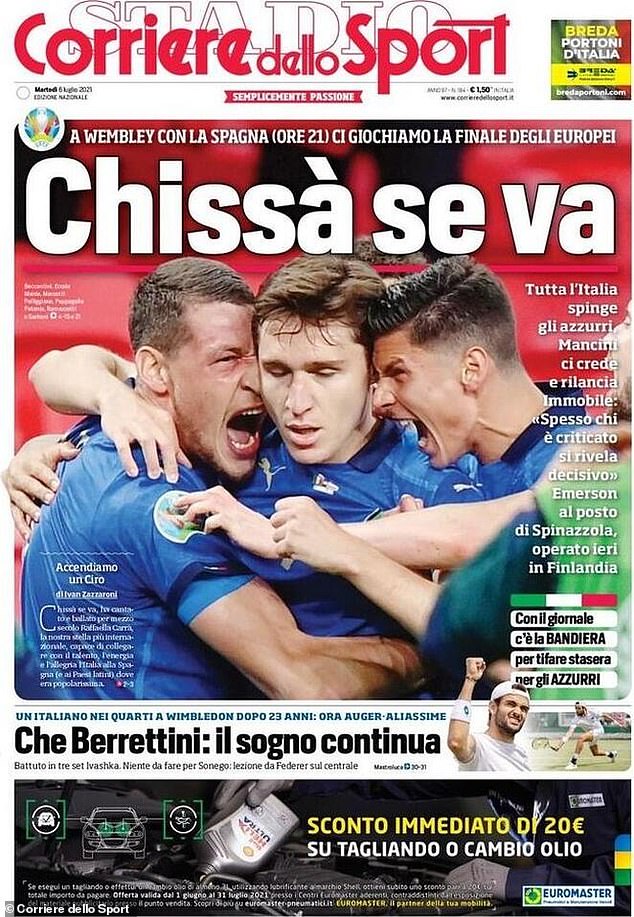 They report that Chelsea left-back Emerson Palmieri is poised to take the place of the excellent Leonardo Spinazzola, who suffered a ruptured achilles during Italy’s quarter-final win over Belgium.

Spinazzola has undergone surgery in Finland, something mentioned on the front cover of Corriere dello Sport. They go with a group celebration picture from Italy’s last game 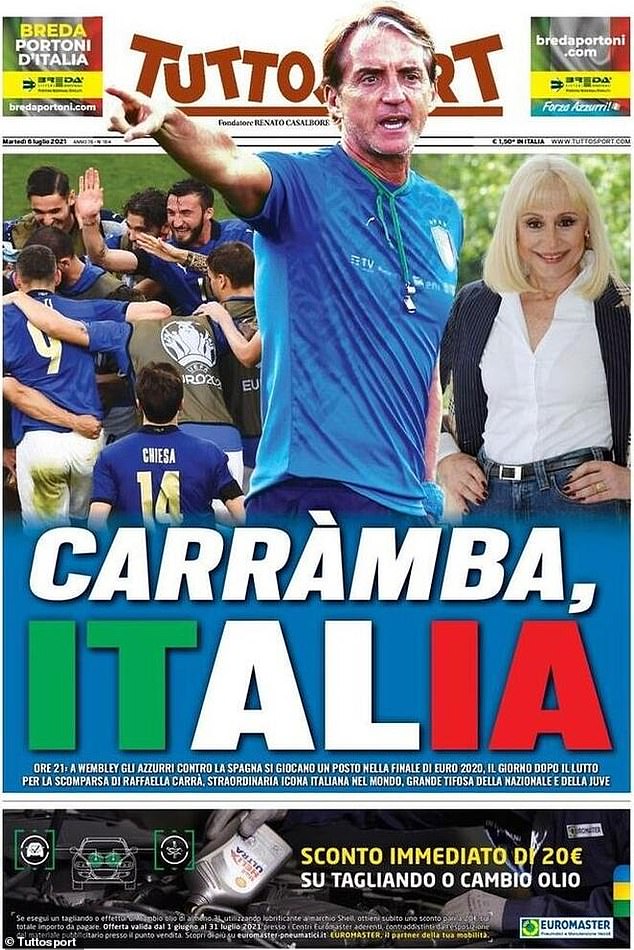 ‘Carramba, Italia’ is the headline on Tuttosport as they preview Tuesday night’s big match

They also quote Mancini on striker Ciro Immobile, who came in for criticism for his play-acting to try and win a penalty against Belgium, followed by a Lazarus-like recovery when Italy scored seconds later.

‘Often the most criticised are those who prove decisive,’ Mancini said, placing his full faith in the striker, who scored against Turkey and Switzerland in the group. 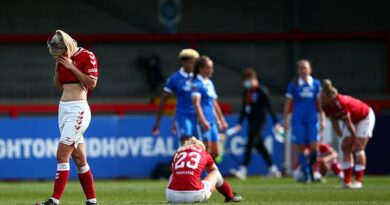 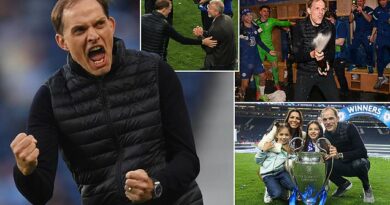