‘I won’t be negative, but we have to be realistic’: Scott Parker tells Danny Murphy how he plans to keep Fulham up after difficult start to life back in the Premier League

Scott Parker’s first England cap against Denmark in 2003 happened to be my last. I remember us training in keep-ball boxes. Whereas I’d had a panic the first time I joined Rio and Becks in the circle, Scotty was comfortable right away: crisp passing, bam-bam-bam.

He was a tough competitor. We often came across each other in midfield, and there are strong parallels in our careers too.

Besides the England overlap and playing for Charlton and Tottenham, we share a close connection with Fulham. 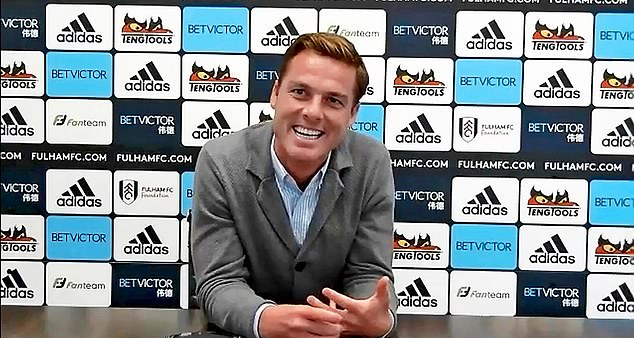 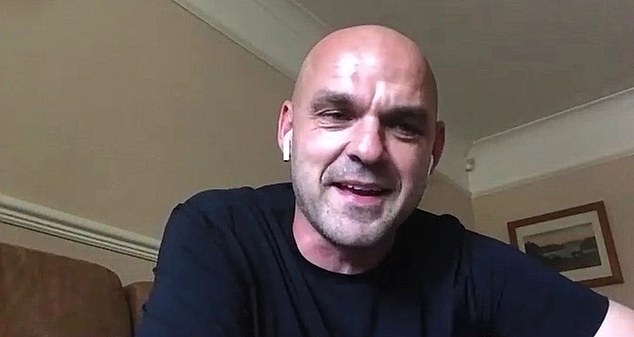 I played at Craven Cottage towards the end of my career and reached a European final under Roy Hodgson. Scotty has gone a step further, hanging up his boots there and then becoming manager.

After promotion to the Premier League in his first full season, he’s now tasked with trying to stay there. So far, they’ve been beaten by Arsenal and Leeds at Elland Road, with Aston Villa at home up next on Monday evening.

It wasn’t any surprise when Scotty came up on the video link that he looked as dapper in a light blue shirt and grey jacket as we see him in post-match interviews.

‘I suppose I’m aware of how I should represent Fulham,’ he said with a smile. ‘I remember Louis van Gaal wearing a tie for every press conference. It must have left an impression because I like to look smart even if I get a bit of stick.’

He shouldn’t worry. Scotty’s sartorial elegance is beyond reproach and he assured me he won’t be rocking a Pep bodywarmer any time soon.

Of course, he’s in a serious business: Fulham have been promoted and relegated four times in recent years and keeping them up, providing stability, isn’t going to be easy given the strength of competition.

To add to the difficulty, they only had five weeks between winning their play-off final against Brentford and kicking off again against Arsenal.

‘I had to give the players a break to mentally refresh after a long season, but it was only two weeks,’ said Scott.

‘Physically, it’s not been too bad, but having only three weeks of pre-season is a challenge to incorporate new signings and those who have come back from loan. 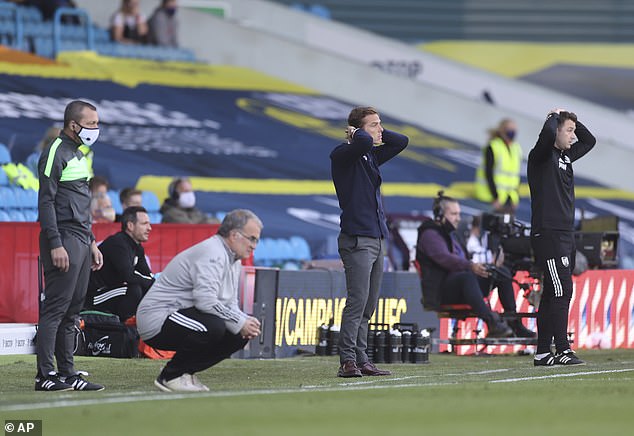 ‘The main thing for us this season is to have the right mindset, understanding what the Premier League is all about.

‘The expectation in the Championship last season was to win. We needed that bit of arrogance. It was the best way to achieve promotion.

‘Now we need a sense of realism. I’m not going to be negative and say it’s fine to lose three or four on the bounce, of course not, but if it happens, we have to cope with it. I’ve been involved in relegated teams and they are the ones where a few defeats cripple you and you allow it to become a spiral.

‘Win one game every three and you stay up. So if we lose a couple, we know that winning the next one means we are back on the horse.

‘Last season was different. Three defeats in a row and it was crisis. Aleksandar Mitrovic, the other players, they’d be having meetings to find out what was happening.’

I was critical of Fulham’s recruitment when last promoted two years ago. They spent good money on players with no Premier League experience and paid the price. 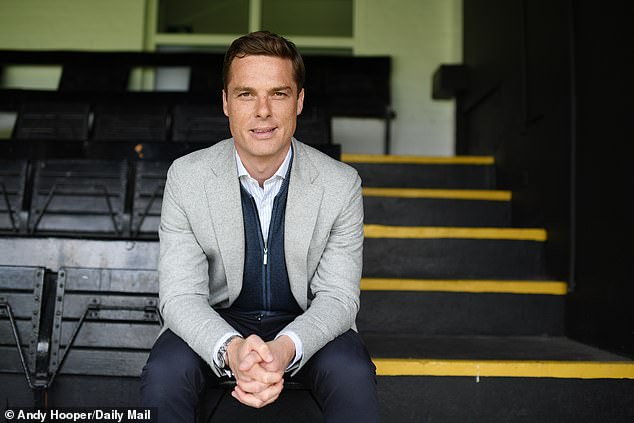 Scott still needs more signings in this window, but as a former player who wants the club to do well, I’m cheered by Fulham snapping up Mario Lemina on loan from Southampton.

‘I’m sure you’re like me, Danny, when you see a midfielder, you can spot within two or three actions, “Yeah, he’s a good player”,’ said Scott.

‘You see certain things and I got that with Mario after I’d watched him. I think he realises he’s the type who needs to be at 100 per cent to be really on his game. If he’s fit, sharp and in a good place, he’ll be vital for us. It’s a big year for him.

‘We can only bring in players who understand what they are going to face — and are equipped for it.

‘Of course, we’d all love that big star who has just shone in the Champions League, but it won’t work if they are too advanced of Fulham.

‘Some Premier League teams will be better than us technically, so we must make it up in other areas: preparation, tactics, mentality, work ethic. 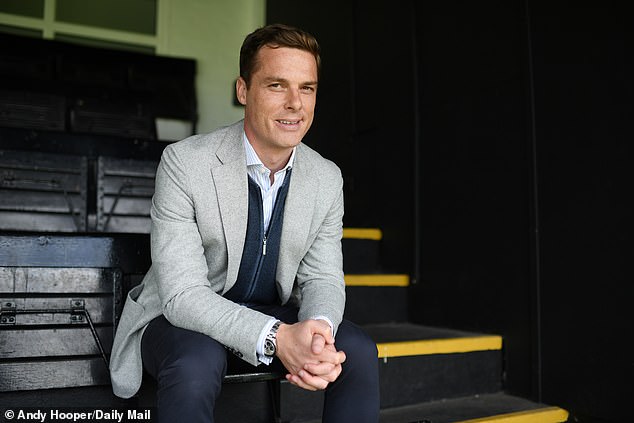 ‘There is a process at Fulham how they sign players. The owner is the owner, but I do have a say and will give my opinion.’

Fulham tried to take the game to Arsenal on the opening day and paid the price by losing 3-0. At Leeds, they came back from 4-1 down to narrowly lose 4-3, but I still thought they were a little gung-ho.

It’s all about getting the balance right. Mikel Arteta didn’t apologise for parking up for long periods against Manchester City in last season’s FA Cup semi-final, and neither should he because Arsenal won.

‘You can always point to technical flaws when you concede, but sometimes it is about having a bit of nous,’ said Scott, whose own playing career also took him to Chelsea and Newcastle.

‘If someone a lot quicker than me was running past, I might have pulled his shirt. I sometimes worry my team now are a bit naive. We were against Leeds, conceding two goals from set-plays when we needed to be switched on.’ It’s a shame fans won’t be at the Cottage on Moday night. Newly promoted clubs get a boost from the atmosphere that crowds create.

‘The empty stadiums probably have had an influence,’ added Scott. ‘It’s one of the reasons we’ve seen a lot of goals go in. You know what it’s like being on the pitch, in the arena, it can blur you. It worked in our favour at Leeds Their fans would have been pumped at 4-1 and they might have gone for six or seven. 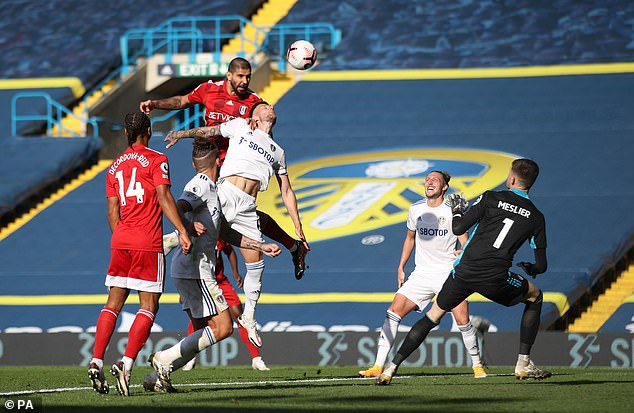 ‘We’ll lose that advantage against Villa but we are all having to deal with it. I think Villa have recruited well: Matty Cash, Ollie Watkins. I know Watkins from the Championship and like him. He’s meant to be a diamond of a kid as well.’

I was lucky to captain a very good Fulham side who reached a European final under Roy Hodgson. We had a core of good professionals like Mark Schwarzer, Paul Konchesky, Damien Duff.

It’ll take Scotty time to build that. Like me, he’s a believer in youth and gave Harvey Elliott his Premier League debut at 16, but throwing academy players into the Premier League is a lot harder.

I can see he shares the affinity I have with Fulham, the family feel, the beautiful cottage by the Thames. But he’s also cold-eyed enough to want to import some of the standards he’s picked up at bigger clubs.

‘In your Fulham team, the players were the drivers to success,’ he said. ‘It was the same at Sheffield United last season.

‘I’m enjoying the job massively and, like you, love a lot of things about Fulham. But I still see there have to be improvements. My experiences and knowledge tell me there is a long way to go.’ 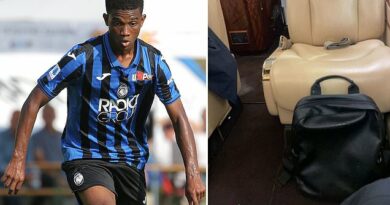