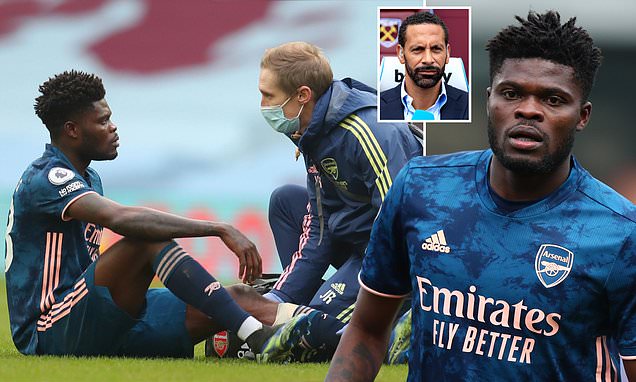 Arsenal midfielder Thomas Partey has revealed he experienced ‘a difficult moment’ adapting to how the club play but insists his side will see the best of him with time.

The Ghana midfielder joined the club in the summer after they activated his £45million release clause at Atletico Madrid on deadline day.

However, the 27-year-old has started just 10 Premier League games this season with three separate injuries to his thigh, hip and hamstring keeping him out of 17 fixtures across all competitions already this season. 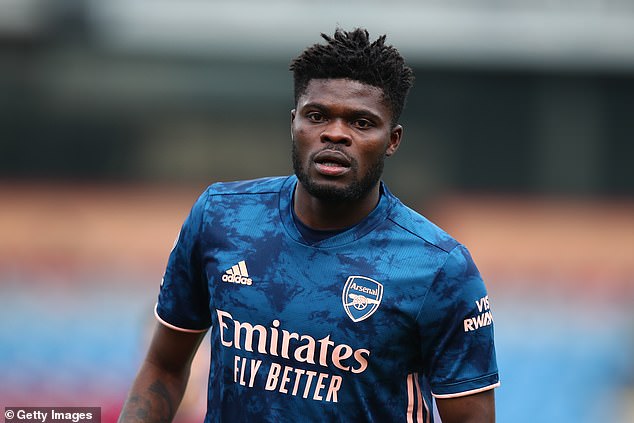 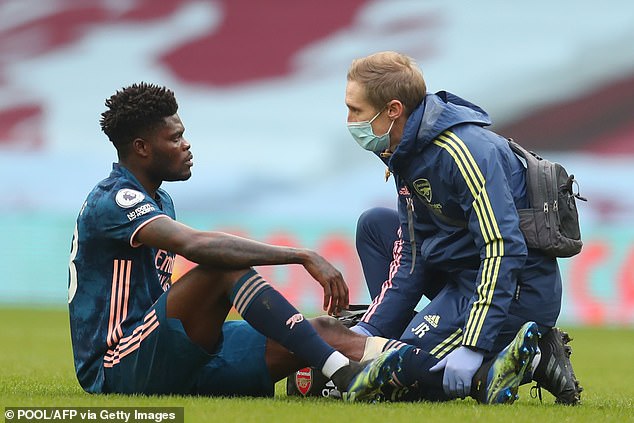 Former Manchester United defender Rio Ferdinand slammed Partey as never being fit earlier this week, but the midfielder insists his fitness issues were part of his adaptation to English football and that he is now ready to kickstart his Arsenal career.

‘Yes it was a difficult moment to get used to how the team play and I think the injuries are part of the adaptation and now I feel good,’ Partey said ahead of Arsenal’s Europa League last-16 first leg against Olympiacos.

Asked when fans could expect to see his best form, he added: ‘I think this is just the starting. I’m starting to get used to how my mates play and how the Premier League goes. With time everything will be good.’

Speaking on his Vibe with FIVE YouTube series, Ferdinand took aim at Partey’s fitness record in a wider argument about how he believes Mikel Arteta cannot rely on his squad after likening them to a ‘promiscuous girlfriend’. 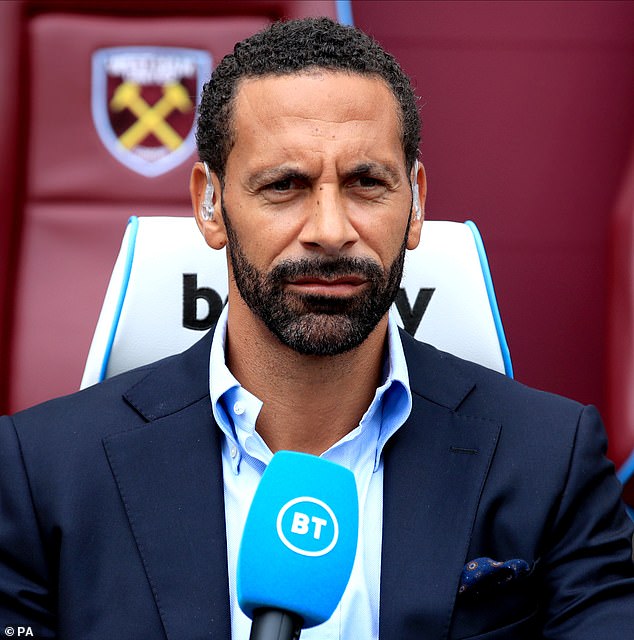 Rio Ferdinand took aim at Partey,27, who insists the injuries were part of his adaptation

‘Partey, that’s another one, he’s never fit,’ Ferdinand said. ‘He keeps coming back and breaking down!

‘They’ve got good players there but for some reason, I don’t know what’s happening, it just isn’t coming together consistently at the moment.’

Partey also defended fellow midfielder Granit Xhaka for his blunder for Burnley’s equaliser in the Gunners’ 1-1 draw at Turf Moor on Saturday.

The Swiss played a stray ball which Chris Wood put into an empty net as the Gunners once again wasted the chance to close the gap on sides currently sat in the European places. 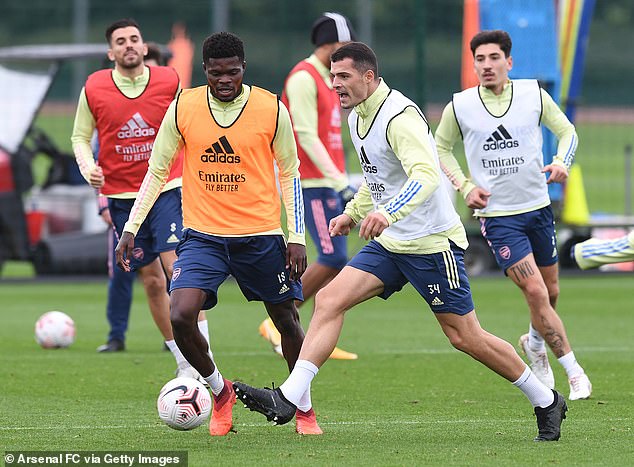 But Partey praised his hardworking team-mate, and insists the players will continue to fight to help raise each others standards.

‘We have to keep raising each other, keep fighting for each other and that’s how we are going to have a good game. It doesn’t matter who we play with we have to do our best.’

Fulham vs Manchester City player ratings: Bernardo Silva and Sergio Aguero on point for the visitors