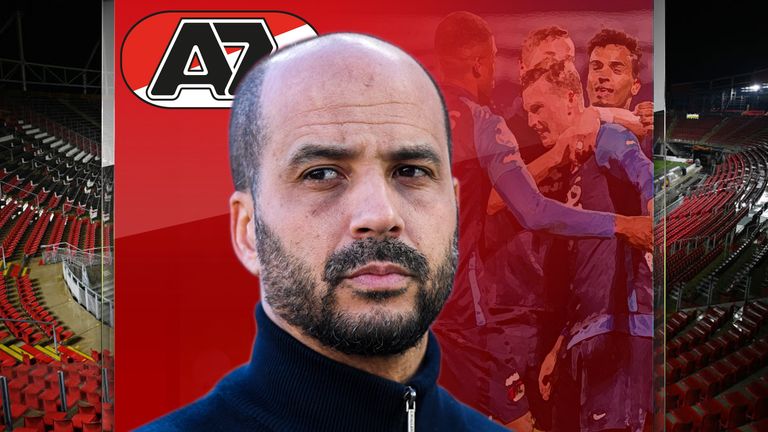 Pascal Jansen remembers where he was when his life changed. It was the fifth of December 2020. “I was filling up my tank at the gas station,” he tells Sky Sports. “I did not see it coming.”

It had been discovered that AZ Alkmaar head coach Arne Slot had been in clandestine negotiations with Feyenoord. He was quickly sacked. Jansen, his assistant, was asked to take over. “Just until the end of the season.” This was not a big-name appointment.

“Nobody really knew me at the highest level,” he acknowledges. “People were curious.” Stories emerged about this son of a popstar, Sue Chaloner of the British-Dutch duo Spooky and Sue, who had big ambitions after more than two decades coaching in the background.

In this his first major interview, Jansen reveals that it was always his goal to reach the top. He even wrote about these ambitions in a book, mapping out his career plan since his own hopes of becoming a football player came to an end at the age of 17 due to injury.

He wanted to achieve the UEFA Pro Licence by the age of 35 – and he did it, becoming the youngest coach to do so at the time. He hopes it will take him to the Premier League one day but for now there is a huge job to do at AZ, where he has turned everything around.

Things did not start well. He lost his first game to Groningen, finishing with nine men. “That could not have gone worse.” AZ then went to Croatia, got another man sent off, and were eliminated from Europe after conceding late on. “What have I got myself into?”

But an eight-game unbeaten run followed and a subsequent sequence of eight wins from nine since February has transformed the mood. AZ are now the form team in the Eredivisie and Jansen has been rewarded with a new contract. He has proven himself.

“Losing the first two games was not a nice feeling, but I knew what the squad was capable of because I had been working with them for two-and-a-half seasons before becoming head coach. We had two knockdowns that week. We had to get up and start playing again.

“I sat in my room after that game in Croatia and prepared a meeting for breakfast which I have with the staff and the players. I told them that certain things had to be done better from that point on. We had to make progress, be more professional than we had been.

“We took it from there.”

AZ is a club that has had a lot to endure in recent times. It was at the start of last season that the roof of their stadium collapsed, forcing them to play home games at Den Haag. Incredibly, despite this setback, they proceeded to challenge for the Eredivisie title.

With an exciting young team that includes Teun Koopmeiners, Calvin Stengs and Myron Boadu, all senior Netherlands internationals already, AZ were level with Ajax at the top of the table when the Dutch government scrapped the league due to the pandemic.

“The pandemic got going and the season stopped,” Jansen recalls. “If you compare our league to the rest of the leagues in Europe, they had a break but they moved on and finished the competition. That is something that they did not allow us to do.

“We will never know how that season would have finished but we were on a roll so it is tough to accept. We were on the same points as Ajax but we had beaten them twice and we were performing well when the league ended. That was a big frustration.”

Perhaps it explains the dip at the start of this season too.

“It was basically the mindset,” says Jansen. “Everybody expected us to perform even better than last season because all the best players stayed. But we did not start well. Players might have been expecting a transfer. So we had to put our heads back together.”

That responsibility has fallen on this diligent Dutchman whose roots lie in Britain as a result of his mother Sue, one half of a pop duo that had three top 10 hits in Holland in the 1970s.

“I saw my mum as my mum, not as the popstar. She was taken into foster care when she was a baby and I was born in London myself as well so we are British. My grandparents lived in Aylesbury. They passed away many years ago but I still have some relatives living there.” 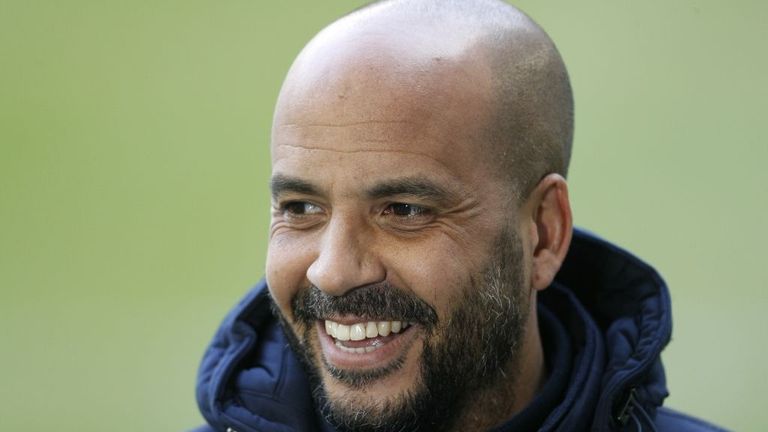 Is music his passion? “I love music. I love my mum’s music and I love to listen to it but I don’t play any instruments. I got busy with the ball at a very early age. That is my passion.” It is the reason why he turned to coaching so quickly after his career-ending injury.

Some words of wisdom from the legendary Ajax coach Rinus Michels stuck with him. “One of the best pieces of advice I received was to work with seniors and – if possible – work abroad because they saw potential in me but I was very young at that time.”

He spent time coaching in Qatar as an assistant to Rinus Israel – the first Dutchman to captain a side to the European Cup. This was when Jansen, now 48, was in his twenties. “I have filled my backpack for the past 28 years doing all sorts of stuff,” he says with a smile.

“People judge very quickly because if you are not a player with 200 or 300 league games behind you then they have an opinion and will have that opinion for the next 25 years. But people know – and I know – what I have been doing to get to this point.”

Now he is testing himself against the veteran Feyenoord coach Dick Advocaat and the innovative Roger Schmidt at PSV. “Those are guys who have performed at a high level for many years.” But Jansen’s AZ have done the double over both teams already this season. 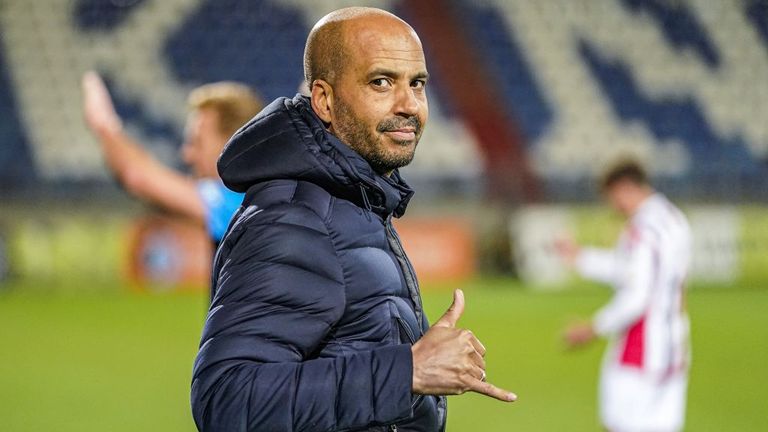 He is now seen as ideally placed to get the best from this young squad. “My background as a youth coach helps me to understand the players and helps them to become better,” he says.

“Even before I became head coach, you could find me at academy games and training sessions watching the U13s or the U17s. That is just in my upbringing as a coach. I was already interested and I know what is going on in the academy. We invite talented players from the age of 16 and upwards to train with us if they deserve it.

“We are already thinking about what the summer will bring. Players will be on their way. If academy players are ready they will join us. But we have a good scouting system as well. Between the academy and the scouting work, I am confident that good players will come.

“And I think my ideas connect so well with AZ Alkmaar. When I close my eyes and see my team perform, it is about pressing, it is about being dominant, being disciplined but with room for creativity. We have a clear idea of how we want to play.”

That clear idea has put AZ back on course for a top-two finish – something that would bring vital revenue. “It is important because that is our ticket to playing qualifiers for the Champions League. That would also be a strong asset when bringing in new players.”

Before then, there is a showdown with Ajax at the weekend, the clear Eredivisie leaders once more after last season’s aborted title race. Ajax won when they last met in January. “We have to set that straight,” says Jansen. “We have to deal with them.”

As for the coach himself, his ambitions are being realised. “In the same book that I wrote about my aim to get the Pro Licence before turning 30, I wrote about my ambition to become a Premier League manager. It has all been about the steps I need to take to do that.

“I am not naive. I know how it works. You have to perform as a team. Get good results. Deliver. If I perform well and the players get better then who knows what the future is going to bring. I hope. But until that time comes I will work as hard as I can.”

In one sense, the phone call that Pascal Jansen received at the gas station this winter was the culmination of a long journey. “The fifth of December 2020 will remain in my memory for ever and ever.” In another sense, it could yet prove to be just the start.

Ancelotti explains changes at Everton designed to get best from Richarlison