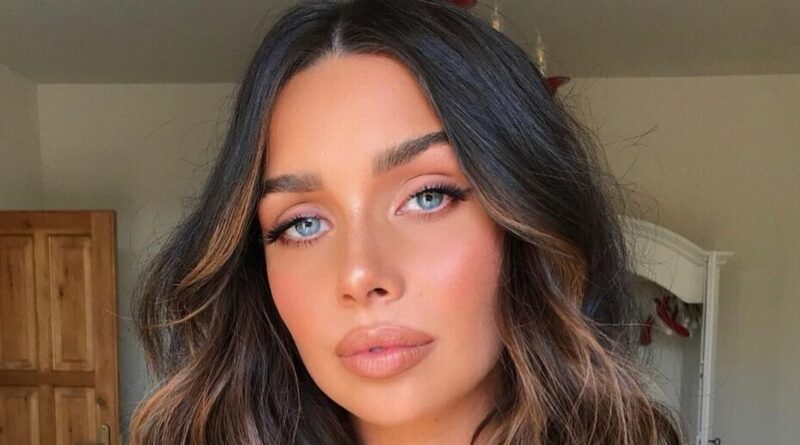 Patrick Bamford can count himself as very unlucky to not be involved in Gareth Southgate's set-up for the upcoming Euros this summer, with the Leeds forward bagging 17 goals last campaign.

Bamford stared for Marcelo Bielsa's side, who exceeded all expectations as the Yorkshire side bulldozed their way to a top-half finish.

However, Bamford was overlooked for both Southgate's final 26-man-squad – and his provisional squad – as the England boss opted for Dominic Calvert-Lewin and Harry Kane as his striking options.

But, Bamford can spend the summer with his stunning long-term girlfriend – who has just featured in a PrettyLittleThing photoshoot.

Michaela Ireland, Bamford's girlfriend, is an English model, Instagram personality – where she over 14,000 followers – and pastry chef.

The pair have been an item for over three years now, and they met during Bamford's brief stint at Ireland's local side, Middlesbrough.

And Bamford – after his England omission – could change nationalities to his girlfriend's namesake.

The Leeds striker represented Ireland at youth level, and he can represent the Emerald Isle through his grandparents.

Should Southgate have taken Bamford? Let us know in the comments section

Bamford's teammate Kalvin Phillips was included in Southgate's squad, and Bamford has backed him to succeed for the Three Lions: "I think that Kalvin can definitely offer something special to that England squad.

"Nothing really fazes him to be honest. He's a really laid-back kind of lad, in terms of not letting the pressure get too much for him.

"But when it's game time, you're not taking him out the zone.," he told Sky Sports News in the run-up to the month-long festival of football.

READ MORE: Scotland in U-turn over taking the knee and support England ahead of Euro 2020

Fiorentina: Six test positive for coronavirus at Serie A side