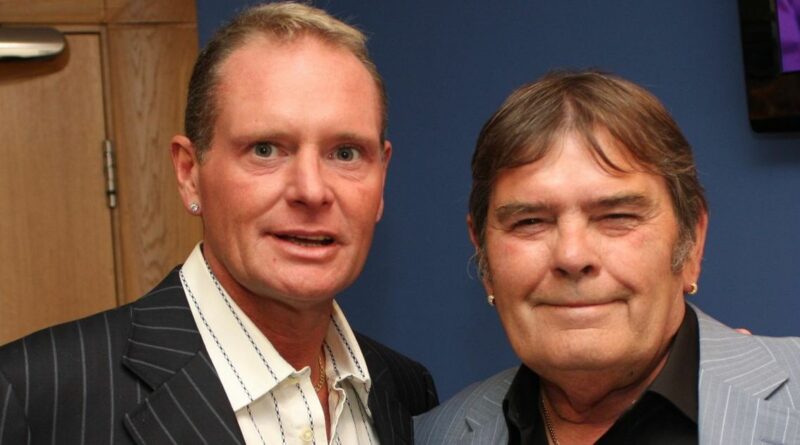 Paul Gascoigne has revealed that he punched and headbutted his father's dead body as a way of exacting revenge.

John Gascoigne died from cancer in 2018 and the former England star did not react well to his passing.

"When it was just me and him in the hospital bed and he passed away, I f****** jumped on the bed and punched him," the 53-year-old told the James English podcast via The Sun.

"I headbutted and punched him and got my own back from when I was younger. Then I just laid there and hugged him for 45 minutes."

Gascoigne admits he and his father were close and he enjoyed taking him around the world so that he could watch him play.

His playing career saw him play in England, Scotland and Italy while he travelled the globe playing for the Three Lions.

"I loved to take him around the world with me when I played," he said.

"At the moment I'm alright, but I'll be thinking of it, the good times I had – I probably had more good times than bad times.

"I must have bought my dad about 80 cars and 18 boats and houses. I got divorced and gave a lot of money to my family. I spent a lot on houses, buying and renting different places."

Gascoigne has also admitted that he's quit social media after becoming addicted to the various platforms.

He said: “I got addicted and kept on looking at it.

“I’m just trying to enjoy life as much as possible and make the most of what I’ve got.”

He has previously suffered with drug and alcohol abuse in the past, but says he is feeling positive about the future.

He added: “I know I’m happier when I’m not drinking. I can sometimes be a sad drunk.

“Last year, not just me but the whole country was struggling with regards to work, but I’ve got work coming back. I’m just staying on the right track.”