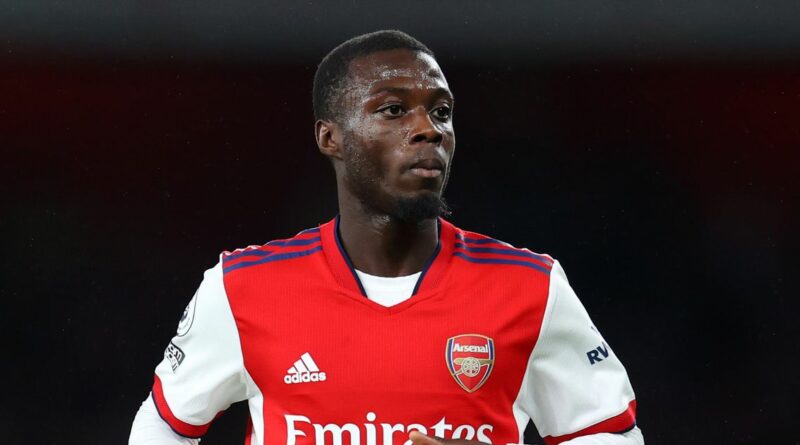 Arsenal hero Paul Merson has urged his former club to sell Nicolas Pepe when the transfer window reopens next month.

Pepe, 26, was signed from Lille for a club record £72million in August 2019 but has failed to live up to his lofty price-tag, scoring just 15 goals and creating only eight assists in 68 Premier League appearances.

The Ivorian winger put in an improved performance against Sunderland in the Carabao Cup on Tuesday, scoring the Gunners' second goal and setting up strikes for Eddie Nketiah and Charlie Patino, but his future remains uncertain.

At least that is the view of Sky Sports pundit Merson, who believes it is time for the north Londoners to cut their losses on the winger.

"I would say if they can sell him in January they will. He has just not been consistent enough in my opinion," Merson claimed ahead of kick-off against Sunderland.

"He has just not been consistent enough in my opinion. This lad can be an eight out of 10 or four out of 10 the week the next. As a manager you want seven out 10 every week.

"Before when you’re brought for a lot of million there was a lot of pressure, but that doesn’t happen anymore.

Should Arsenal sell Nicolas Pepe in January? Let us know in the comments section.

"But, I hope he goes out and enjoys it. You’re playing football, the best sport in the world."

Manager Mikel Arteta also appears to be running out of patience with the Ivory Coast international, telling reporters in April: "He needed a period of adaptation and that is gone now.

"So we cannot rely on adaptation again, now it is about performance and he can do it… there are no excuses."

Despite his impressive performance against Sunderland in the Carabao Cup, Pepe has failed to deliver when it has counted this term.

He has not managed to find the net in eight Premier League appearances this season, putting him below the likes of Bukayo Saka and Emile Smith Rowe in the Gunners pecking order.

Sessegnon 'to STAY at Tottenham in January after Davies injury'