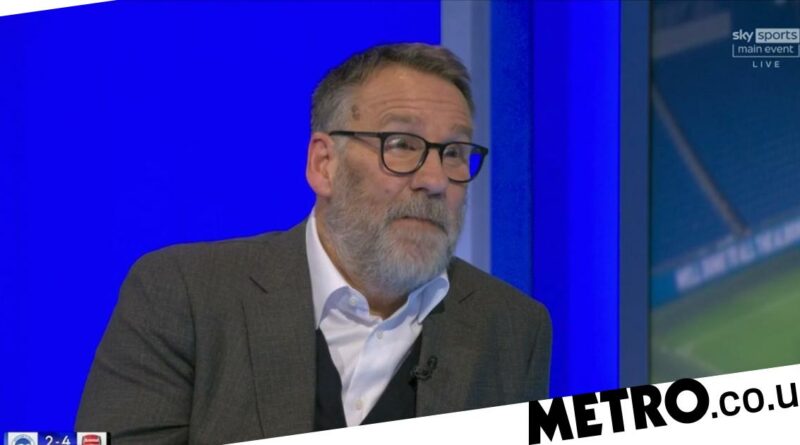 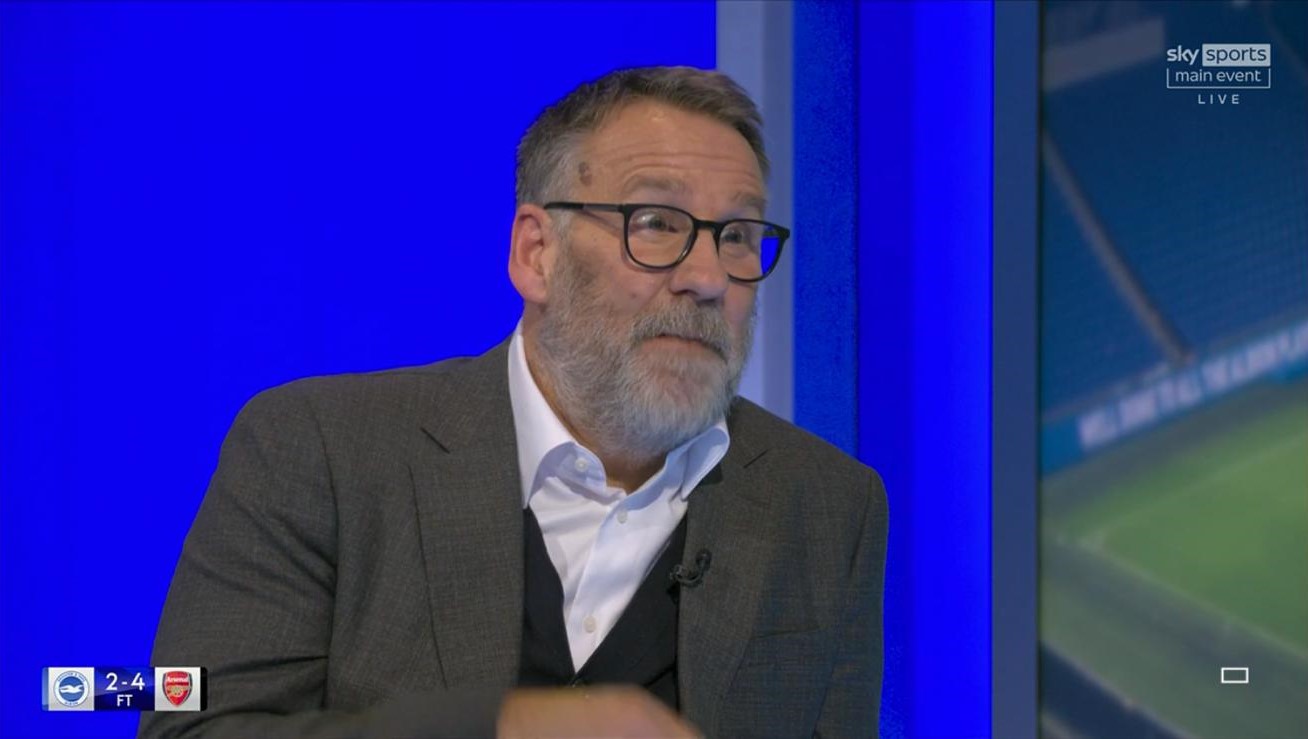 Arsenal boast a significant lead in the title race after they proved too strong for Brighton and saw Man City drop points against Everton earlier in the day.

The Gunners opened up a commanding lead at the Amex Stadium and clinched a 4-2 victory – their 14th win of the season – despite a late Brighton fightback.

Arsenal enjoyed a near flawless first-half to the season but there were fears the World Cup break – and an injury to Gabriel Jesus – could derail their Premier League title challenge.

But Arsenal have so far dismissed those fears, coming from behind to beat London rivals West Ham on Boxing Day and then outclassing Brighton in their final game of 2022.

Merson believes Mikel Arteta’s Arsenal are the real deal and says his former club’s form has already ruled four ‘big teams’ out of the title race.

Arsenal are now 11 points ahead of fourth-placed Manchester United, with the likes of Tottenham, Liverpool and Chelsea even further behind.

‘It’s in their hands,’ Merson said on Sky Sports. ‘There are teams – big teams – that can’t win the Premier League now.

‘You’re looking at Chelsea, Liverpool, Spurs, Man United. For me it’s Arsenal or Man City unless one of the other teams go on the most extraordinary run in Premier League history.

‘I don’t see anyone stopping Arsenal right now. They are playing very well, it’s not been a fluke. They went to Old Trafford and got beat, and I didn’t think they deserved to. There’s ways of losing matches and they bounced back.

‘The other night, they went 1-0 down to West Ham and they came back and brushed them aside. They are right in it, no question. This is not a fluke, they are where they are because they are a very good football team.

‘There’s 26 games left, they’ve got to do it for another 22 probably. They’ve given themselves a little gap where they can afford to lose a few games. Man City are not going to win every game.

‘Arsenal are right in this, I couldn’t talk highly enough about them. But this is the Premier League, it changes so quickly.

Arteta, meanwhile, hailed his Arsenal players after their ‘big win’ over Brighton, telling Sky Sports: ‘A big win against a really good side.

‘We were ruthless and clinical and there were moments as well we had to dig in and suffer because they are a really good side. It was a big test for us. We were a real threat every time we were around the final third.’

On Arsenal’s seven-point advantage at the top of the Premier League, Arteta added: ‘We have to play every game, now we have to focus again and review the match to see what we did well and things we can improve.

‘We know what happened but we have to focus on what we can do which was to come here against a difficult side and win.

‘We have enough desire. Our success is going to be with what we have to do. This is what we want and we have to keep improving as a team and play better and dominate in all areas.’

MARTIN SAMUEL: Closing football's doors is the only option