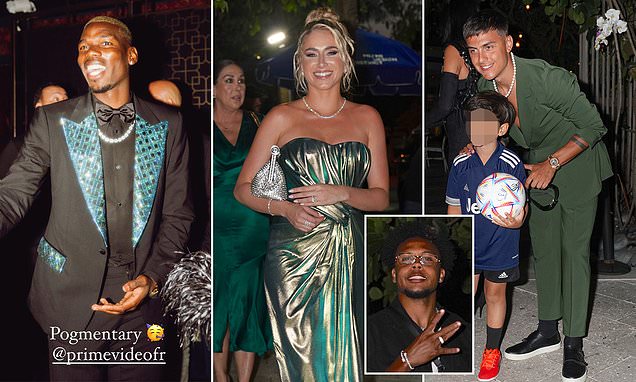 Paul Pogba attended the premiere of his new Amazon Prime documentary with his friends and family on Thursday evening.

The ‘Pogmentary’, which was released on Friday morning, provides an insight into the life and career of the French midfielder, who is set to part ways with Man United.

The 29-year-old was seen attending the exclusive event in Miami alongside a host of star-studded guests. 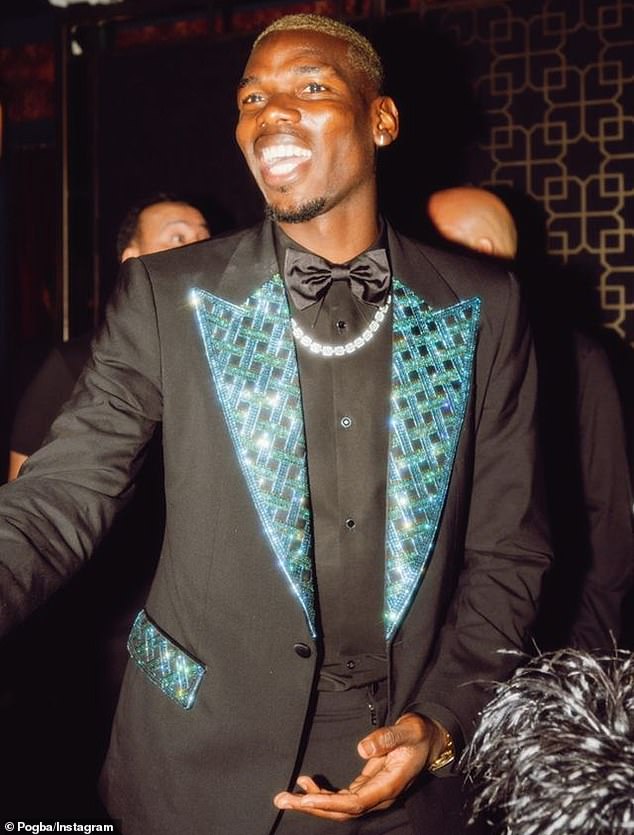 Pogba was seen wearing a black suit with a diamante lapel and matching sunglasses as he attended the event in Miami on Thursday evening.

The French star was also seen wearing a black bow tie and a diamond necklace as he arrived alongside his wife Zulay Pogba.

Zulay was pictured wearing a green floor-length Dolce and Gabanna gown that shimmered as she walked. 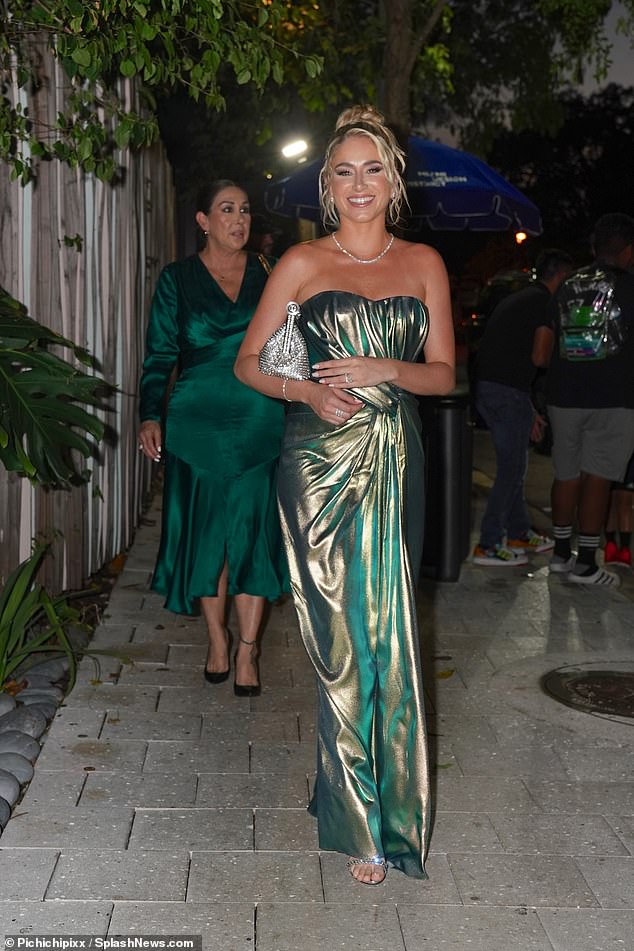 Pogba’s wife was also seen sporting a diamond necklace just like her husband as she attended the exclusive showing of the documentary.

He was accompanied by Argentine model Oriana Sabatini, who was wearing an all-black outfit consisting of a black dress, long black gloves, black tights and black heels. 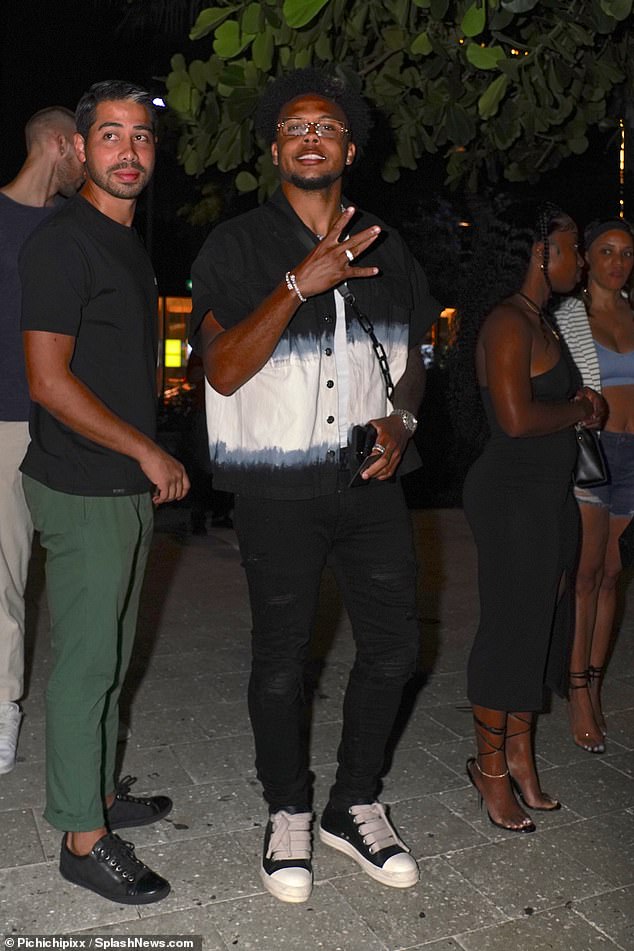 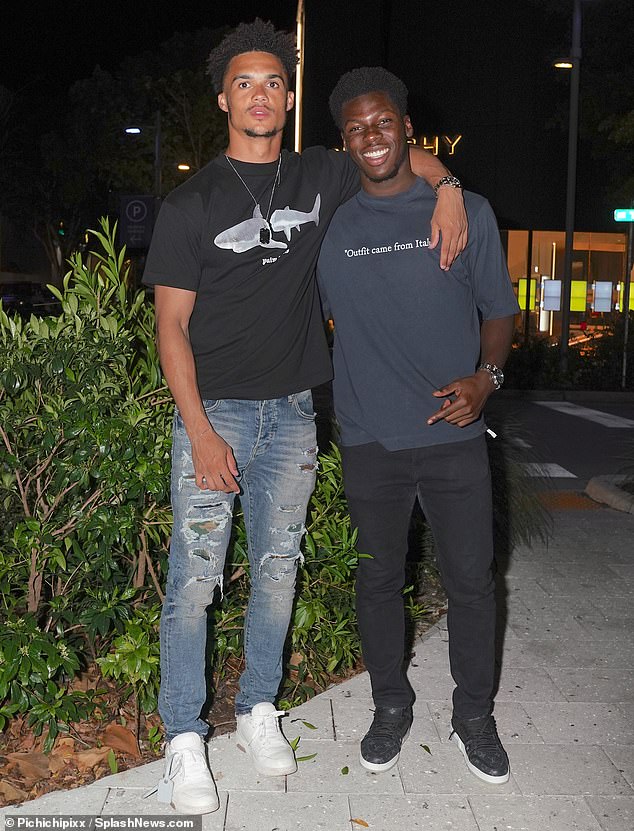 The documentary, which was released on Friday morning, shares Pogba’s exploits on the pitch and his life off the pitch.

However, fans have criticised the French midfielder after quotes from the series were released earlier in the week. 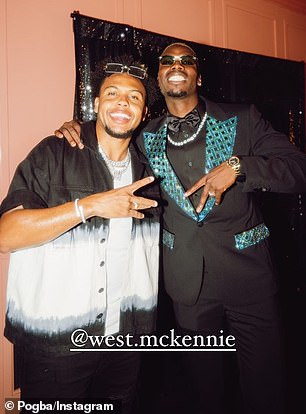 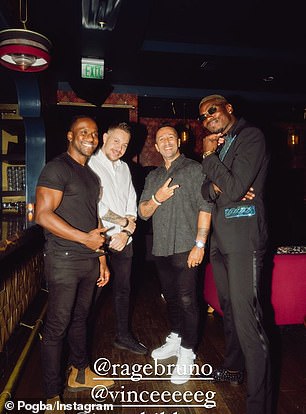 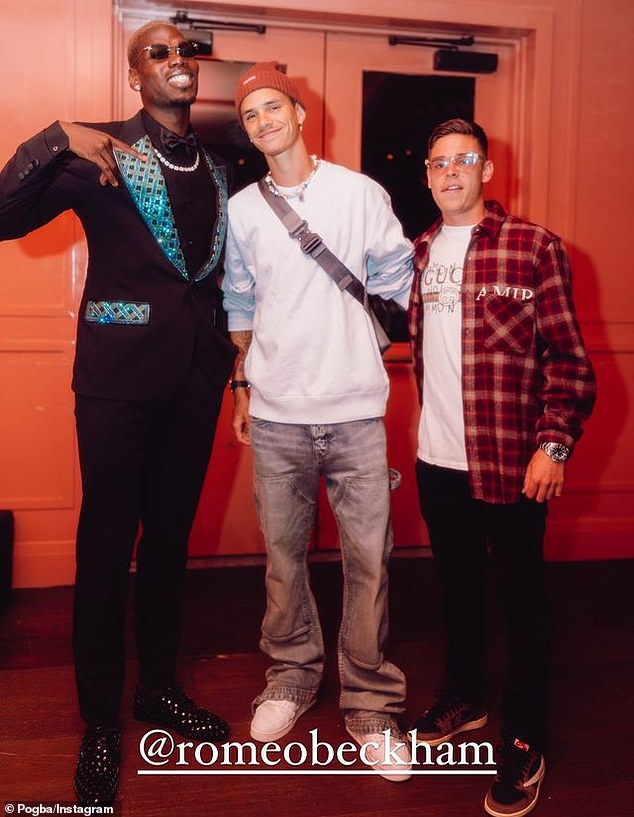 They described him as ‘removed from reality’ and a ‘greedy overrated egomaniac’ after he disclosed information about his contract talks with United.

One section of the documentary shows Pogba and his late agent Mino Raiola discussing a contract offer of £300,000-per-week from the Red Devils last summer.

‘How can you tell a player you absolutely want him and offer him nothing?’ Pogba says. ‘Never seen that.’

Supporters were stunned at Pogba’s arrogant reaction to United’s eye-watering contract offer, which he believed to be derisory. 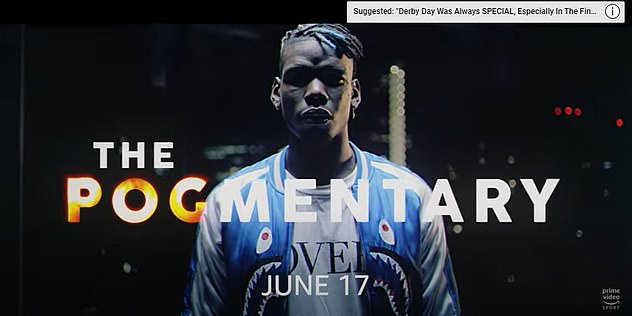 One clip shows Pogba and Mino Raiola discussing a contract offer of £300,000-per-week

Pogba is set to leave Manchester United and return to Juventus on a four-year deal following talks with his legal team.

Juve look to have won the battle to sign Pogba as a free agent following a conversation with his lawyer Rafaela Pimenta.

United will lose their record £89million signing to the Italians for the second time after Sportsmail revealed Pogba cost the club nearly £1m per game during his six years back at Old Trafford and will pocket a £3.78m loyalty bonus when he officially leaves on June 30.