Fernandes has referred to Scholes as "one of the best midfielders in the world" on his day, who had more of an impact than Frank Lampard and Steven Gerrard.

The Portuguese told the United Podcast: "For me, maybe I'm closer to Paul Scholes.

"I think Scholes was one of the best midfielders in the world.

"For England, a lot of people talk about Frank Lampard because he scored a lot of goals of course, one of the best in England too, you have Steven Gerrard too.

"But I think Scholes is the one who makes more difference than anyone else. In the last generation, those three were the three best ones, and for me Scholes was best."

Scholes hasn't directly responded to Fernandes' comment, but he has previously been asked for his thoughts on the praise that has come his way following his retirement.

Scholes is unique in that he is remembered much more fondly post-retirement than he ever was during his career at Manchester United.

And a number of top players including Lionel Messi and Cristiano Ronaldo have hailed Scholes in the years since he hung up his boots.

Scholes previously told beIN Sport: "Embarrassed mainly, erm… but flattered as well to get these kind of comments from these people.

"These aren't just run-of-the-mill players and coaches. These are the best players who played the game: Zidane, Messi, Ronaldo.

"It's really nice and, erm… it gives you a boost when you read stuff like that. Is it true? Don't know what they think, so I'll take it."

Was Scholes better than Frank Lampard and Steven Gerrard? Have your say here. 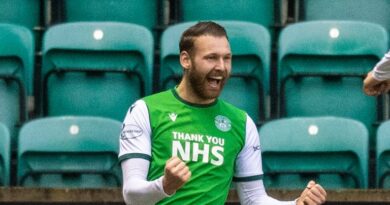 'I'll be back': Virgil van Dijk speaks out after serious injury