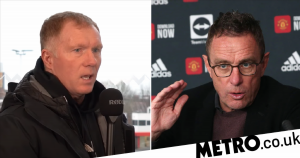 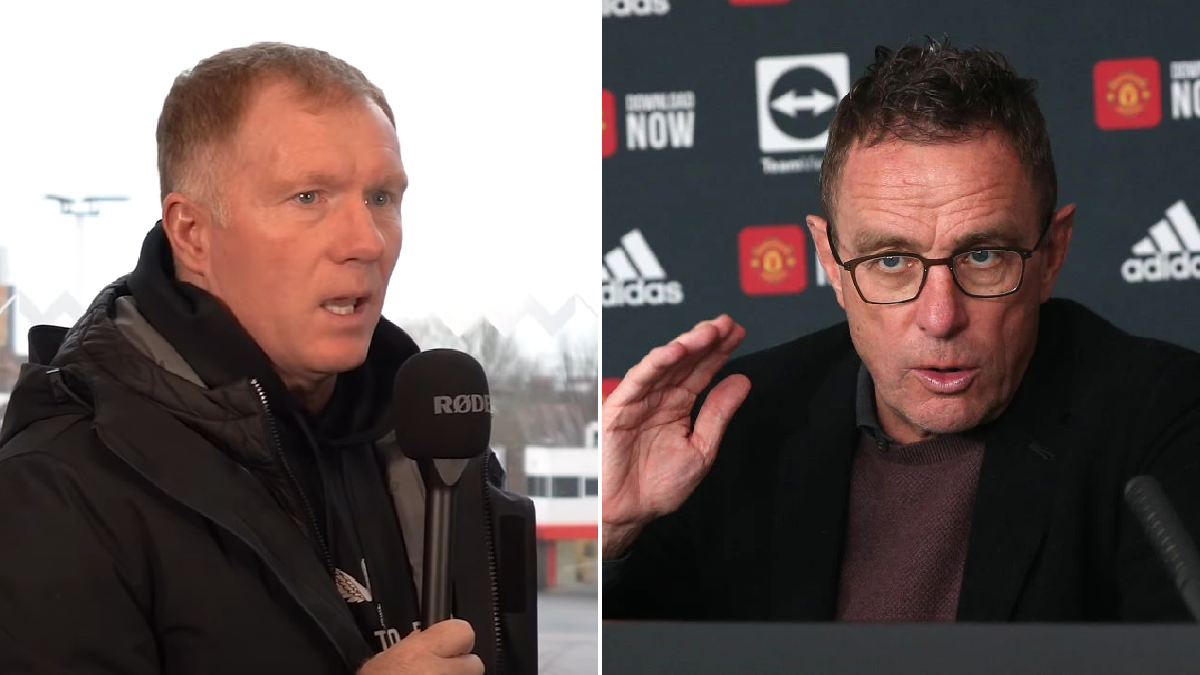 The Red Devils appointed Rangnick as their interim boss in November, with the German coach taking over from Ole Gunnar Solskjaer until the end of the season.

United said Rangnick would move into a consultancy role at Old Trafford in the summer but there was talk he could stay in the United hot-seat after an unbeaten first five matches in charge.

The honeymoon period is well and truly over, however, with Manchester United suffering a disappointing defeat at home to Wolves earlier in the month and only just beating Aston Villa in the FA Cup on Monday evening.

Scholes has questioned Rangnick’s appointment – saying it is ‘astonishing’ that a manager with so few trophies is in charge – and revealed he wants Conte or Pochettino to take over at the end of the season.

Manchester United were in talks with Conte after Solskjaer’s sacking but decided to go in a different direction, with the former Inter Milan and Chelsea boss subsequently joining Tottenham.

Ex-Spurs manager Pochettino, meanwhile, has been repeatedly linked with a move to Old Trafford despite taking over French giants Paris Saint-Germain this time last year.

Asked who he views as the ideal replacement for Rangnick, United legend Scholes told the Webby & O’Neill YouTube channel: ‘Conte at Tottenham or Pochettino. I think one of those is the manager we want.

‘We know that Conte is up there with [Pep] Guardiola, [Jurgen] Klopp and [Thomas] Tuchel. We know that, that’s a given.

‘So I think Man United should be looking for someone like that. Tottenham fans won’t like me saying it, but I think they could probably still get him [in the summer].

‘You can already see Conte’s getting a bit frustrated with his players, he wants other stuff. I think Conte could do something special here.

‘He’s got the pedigree to do it. Will we be able to get him in? I don’t know.

‘We don’t know yet what’s happening at PSG. Let’s see if he can prove to be an elite manager. He still has something to prove for me but I think he’s more than capable of doing it.’

Manchester United were seventh when Solskjaer was relieved of his duties and remain in the same position almost two months since Rangnick arrived at the club.

‘We’ve gone to a man who is well regarded across Europe, but he hasn’t actually had that much success as a coach.

‘He’s been asked to come and manage the biggest club in the world. That’s something I can’t get my head around.

Manchester United return to Premier League action on Saturday with a trip to Birmingham to face Steven Gerrard’s Aston Villa. 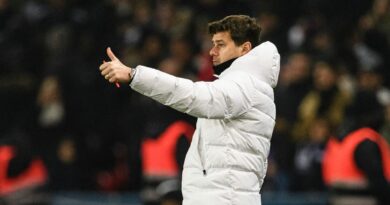