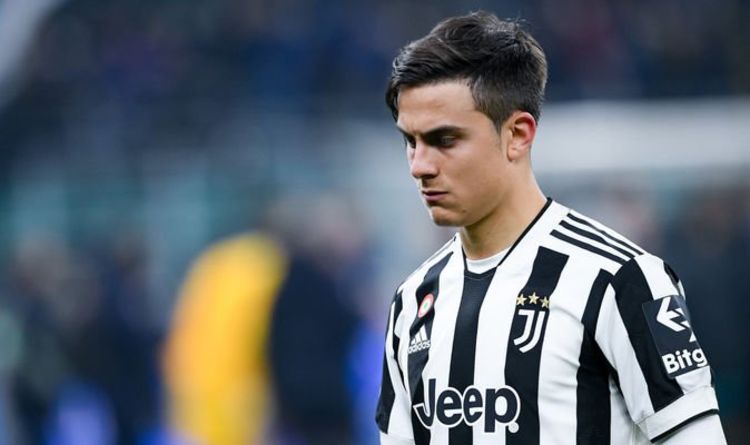 Tottenham have reportedly been given a boost by transfer target Paulo Dybala. The Juventus forward has long been linked with Spurs and boss Antonio Conte is expected to make signings during the January transfer window.

Conte hinted that he would like to buy a new forward this month to provide competition to Harry Kane.

That could lead to a pursuit of Dybala, who has seemingly been on the club’s list of targets for the last few transfer windows.

“I think that especially in this league, because the level is very high and you have to play a lot of games, if you want to have ambition, to be competitive, to fight for something important, you have to have 20 [outfield] players,” Conte said last week.

“Two players in every role. For sure, as a coach it’s very difficult to decide to keep Harry on the bench, but at the same time, when you play the way we played in the last period – six games in 17 days – every coach has to have the possibility to make rotations and don’t drop so much the level.

“Otherwise it’s difficult for the coach to make rotations because you want the best, but you have to know that if you want to be competitive, you need a couple of players for every role.

JUST IN: Liverpool boss Klopp has Origi boost after Salah and Mane questions

“Between the player who usually plays, and the other player, the gap has to be not so big in every role. This is a problem for all the teams.”

And now, Dybala has reportedly given Spurs a signal that they might be able to complete a summer transfer.

According to Tuttosport, the 28-year-old does not want to ‘betray’ Juventus by joining another Serie A team.

The report continues that it leaves Spurs and Barcelona fighting for his signature, alongside Juve.

Dybala is out of contract in June and can be signed on a free transfer. Non-Italian clubs can agree a pre-contract this month ahead of a summer switch.

Juve are understood to still want the Argentine to pen a renewed deal ahead of the end of the campaign.

Dybala would be an excellent addition to the Spurs front line. His 109 goals in 274 appearances for Juve prove that he would ease the scoring burden from Kane and Son Heung-min.

Spurs have often struggled without the attacking pair and seem a long way from their peak during the Mauricio Pochettino era.

Conte has been linked with an incredible departure if he is not rewarded with heavy investment, just two months after replacing Nuno Espirito Santo. However, the Italian has moved to rubbish those reports.

“I decided to accept this job because to work in this environment, to work in a modern club is good for every coach,” Conte said on Friday.

“Then, as you know every well, I said this in the last press conference, when you’re outside you can imagine the situation.

“Then, when you’re inside the situation, you understand every aspect very well. Now, I repeat, it’s time to work.

“I made my evaluations about the situation. But now I think no words but facts. We have only to work to improve the situation that I’ve found here.”