‘You are too kind’: Pele celebrates 78th birthday with his family as Brazil legend enjoys two cakes before thanking well-wishers for messages

The former striker, who is still Brazil’s record scorer with 77 goals, spent the day with his family and they treated him to two cakes.

Pele took to Instagram to share a photo of himself sat at a table surrounded by loved ones as well as baked goods. 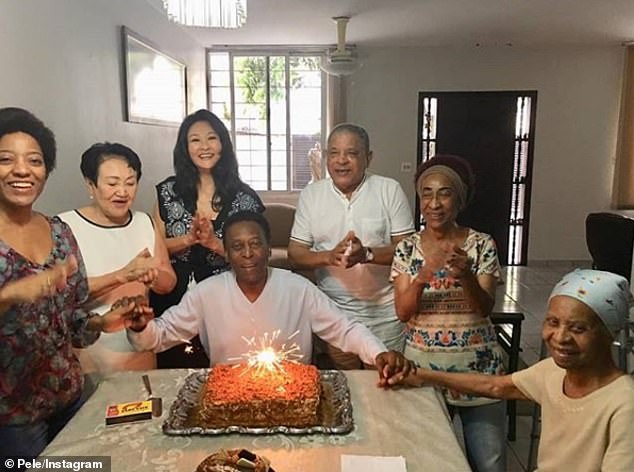 The photo was captioned: ‘Is there a better way to spend a birthday than sharing a special cake with family? Yes, sharing two cakes! Thank you all!’

Pele later delivered a video message to thank all of his followers and fans who had taken the time to wish him well.

Speaking in the video, he said: ‘I thank god for giving me this opportunity to talk with you who sent “hello” and “happy birthday” and wish good luck for me. 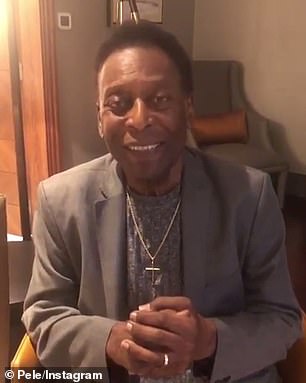 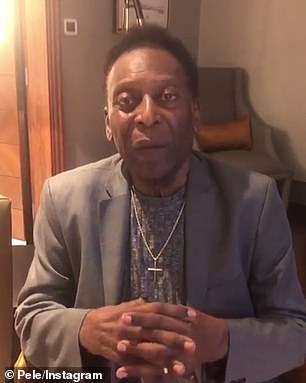 Pele added in the caption: ‘Thank you for all your birthday wishes. You are too kind!’

Although Pele is still Brazil’s all-time leading scorer, he is no longer in the top 10 for total caps after being leapfrogged by Neymar.

Neymar is full of admiration for Pele and posted a tribute to him via Instagram on Tuesday.

Alongside an old photo of the pair together, Neymar wrote: ‘Long life to the king. Congratulations Pele’. 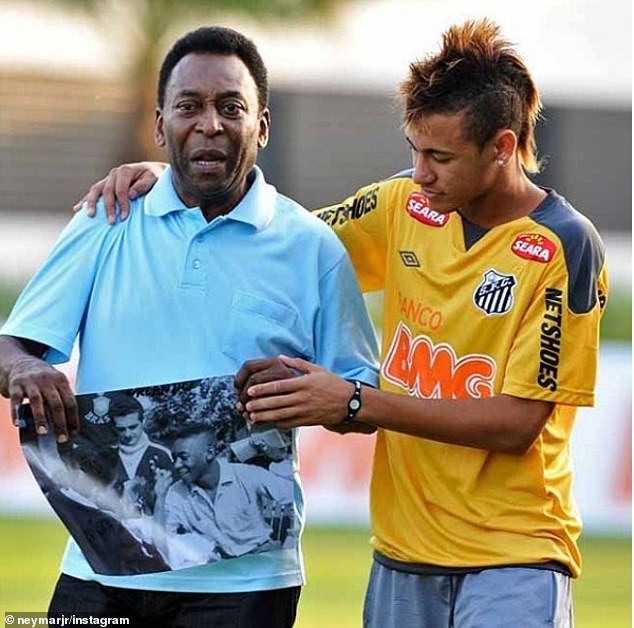 Neymar posted this photo to Instagram and wrote: ‘Long life to the king. Congratulations Pele’