Home » Soccer » Pele scored more than 1200 goals. His crowning moment was a pass

The great players play at their own speed, they see things others can’t.

Lionel Messi ambles round the pitch then bursts into a pocket of space. Cristiano Ronaldo seemingly spends half a game standing in an offside position, then all of a sudden, he’s through on goal – legally. Diego Maradona would wander into areas of the field where it seemed there was little danger, then he was dribbling the ball like it was attached to his left foot, scattering defenders everywhere.

Pele could do all of it, and more. For a player who scored more than 1200 professional goals and is still the only one to win the World Cup three times, perhaps his greatest individual moment was much simpler.

It was a pass. One so nonchalant it was as though he was playing a scratch game in the favela, rather than a World Cup final.

In the 1970 decider against Italy, viewers thought the magician had passed the ball to no-one. Then a teammate hurtled out of nowhere, from beyond the perimeter of the screen, and hammered it into the back of the net, the great one barely moving from the spot from where he had laid off the ball.

He’d seen what no-one else could.

“An artist, in my eyes, is someone who can lighten up a dark room,” French legend Eric Cantona said. “I have never and will never find the difference between the pass from Pele to Carlos Alberto in the final of the World Cup in 1970 and the poetry of the young Rimbaud.

“There is in each of these human manifestations an expression of beauty which touches us and gives us a feeling of eternity.”

Here’s the goal which cemented Pele’s genius and greatness.

1. The mazy run which started it all

One of the greatest goals in World Cup history started in Brazil’s half with Clodoaldo’s wizardry, dribbling past four tiring Italian defenders. Brazil were 3-1 up and cruising, with Pele having scored the opener in the first half, when Clodoaldo indulged in a little showboating with a mazy run, summing up his side’s superiority against the typically dogged, yet battle-weary, Italians. And yet they still only talk about one pass.

Clodoaldo gave the impression of a man who was almost mystified that there was no-one else to dribble past, and so he simply rolled off a pass to Rivelino inside his own half at the end of his run. Job done.

3. The other vision which few talk about

There’s a way to take defences apart, and Rivelino quickly realised the Italians were leaving huge gaps in defence as fatigue set in. With one light touch, he promptly sent a left-footed curling pass from half-way down the sideline to Jairzinho.

4. The move which led to Pele’s crowning moment

Jairzinho cushioned the pass perfectly with his right foot, then stepped over the ball to allow him to face goal. Without hesitation, he took the ball in his stride and immediately launched forward towards goal, drawing two defenders then sending the ball to the waiting Pele. Every touch Jairzinho took was with his right foot despite starting on the left, and without his threat then Pele might never have had his crowning moment.

5. Pele sees what others can’t

Why do some players see things others can’t?

At the moment Pele takes Jairzinho’s pass, his back is to captain Carlos Alberto, who is making a charging run down the right. There seems to be no player within passing range – at least to television viewers. 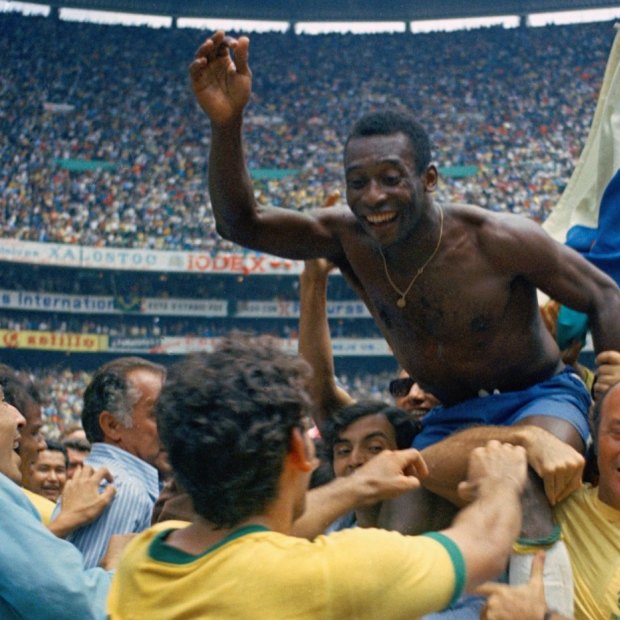 Pele is hoisted on the shoulders of his teammates after Brazil won the 1970 World Cup.Credit:AP

But after taking the ball with his right foot, Pele uses a touch from his left to allow him to open up his body and roll a pass into open space on the right.

Maths teachers would do well to explain the beauty of the ball, which would be Pele’s World Cup masterpiece near the end of a career where he was renowned as much for making goals for others as scoring them himself.

The beauty of the pass is that it is so perfectly weighted that the onrushing Carlos Alberto does not have to slow down or even break stride before unleashing the shot with his right foot.

The finish from Carlos Alberto, a shot rifled into the bottom corner of Enrico Albertosi’s goal, caps one of the greatest World Cup goals of all time.

In the foreground, Pele has only walked a couple of paces after his pass, an inherent understanding that with one simple, perfect pass his job was done.

Watch every match of the UEFA Champions League, UEFA Europa League and UEFA Europa Conference League on Stan Sport. Returns for the Round of 16 in February 2023, with all matches streaming ad-free, live and on demand. 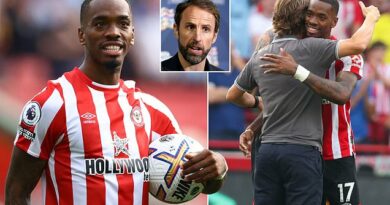