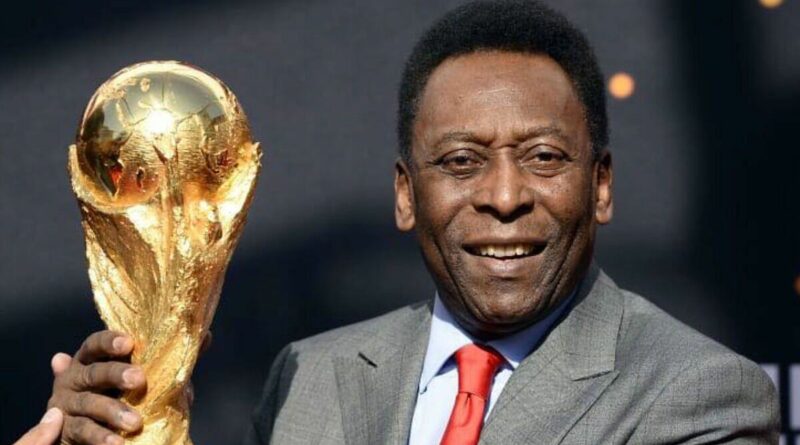 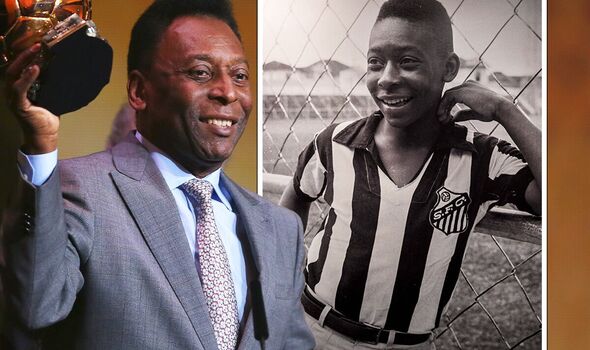 Football can debate long and hard over whether he was the greatest player of all time but when it came to its greatest tournament he illuminated it like no one-else. Pele – Edson Arantes do Nascimento – remains the only man in history to have collected three winners’ medals.

He lit up stadiums wherever he played but the World Cup was where he shone brightest. From the precocious 17-year-old scoring twice in the 1958 final to the successful defence in 1962 and then his contribution to the greatest Brazil side of them all eight years later, Pele elevated his sport to new heights.

The outrageous lob against the Czechs, the wonder save he forced from Gordon Banks against England and his part in the ultimate team goal in the final against Italy from Carlos Alberto…it was football played with verve and genius.

If that 1970 Brazil team turned the game into an art form in Mexico, Pele was its Michaelangelo. He was The Beautiful Game made real – a lethal cocktail of strength and athleticism, vision and poise who was as explosive in the air as he was with his feet. He was tough too.

He had to be, playing in an era where brutality was commonplace. In England in 1966, he was kicked out of the tournament at Goodison Park by Portugal as Brazil failed to escape the group stages. Had he been afforded the same protection as the stars of today, life on the field for him would have been a lot easier.

Yet his numbers still manage to stand the test of time. Fifty years on he remains Brazil’s leading goalscorer with 77 in 92 internationals.

It wasn’t just what he did on the field but what he represented which made him so special. His journey from childhood poverty to global superstardom inspired millions.

It started in Bauru in the state of Sao Paolo where his father played professionally but for a pittance. The family were so poor Pele, who worked in a tea shop to supplement the household income, learned to play with a stuffed sock.

His talent though was obvious. From his home-town team of Bauro, he went on trial to Santos who snapped him up. He scored on his first team debut as a 15-year-old. He would go on to help Santos to six Brazilian league titles, two Copa Libertadores victories and two Intercontinental Cups, scoring 767 goals in 831 competitive matches.

Pele moved to New York Cosmos in 1975 and finished his career in a friendly against Santos two years later with Muhammad Ali in the crowd watching. Such was the extent of his pulling power, such the spell that he cast. It was though at the World Cup that the legend was made. In canary yellow he was liquid gold.

Qatar ‘22 will go on and new heroes will rise but with Pele’s passing a star in the sky above has gone out. There will never be another like him.

'It's a big act': Hugo Lloris accused of 'premeditated attack' on Son