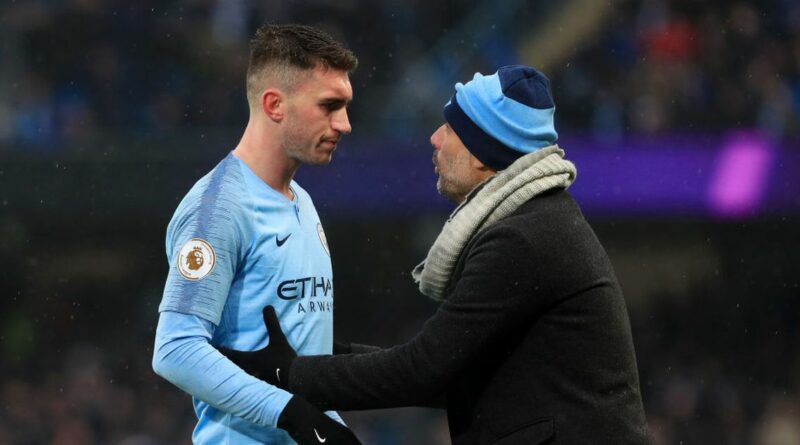 Guardiola has not named Laporte in the starting line-up for a Premier League match since November’s defeat at Tottenham.

The Frenchman was again benched for Sunday’s clash with Chelsea as Guardiola opted for summer signing Ruben Dias and John Stones in central defence.

Laporte was previously seen as undroppable by many City fans, though Stones has recaptured his form while Dias has impressed.

Nathan Ake was also signed in the summer while Eric Garcia has shone since being brought in from the academy.

And French outlet L’Equipe claim that Laporte and Guardiola have a strained relationship, partly due to recent comments from the manager.

“He’s helped us to be stronger, and his understanding with John is amazing. This is what keeps us in the race.”

Laporte suffered with injuries last season, missing six months, with City conceding more goals than any other campaign since Guardiola’s first in charge.

“The last two seasons we struggled a lot in this position, we didn’t have many players,” the City boss admitted.

“Now it’s a different situation and the guys who are in better condition and especially those who don’t make mistakes in this position they will have more chance to play. It’s simple as that. It’s no more complicated than that.

“Aymeric continues to be really important for us, but right now I’m playing other guys. In the future, I’m pretty sure he’s going to play a lot of games.”