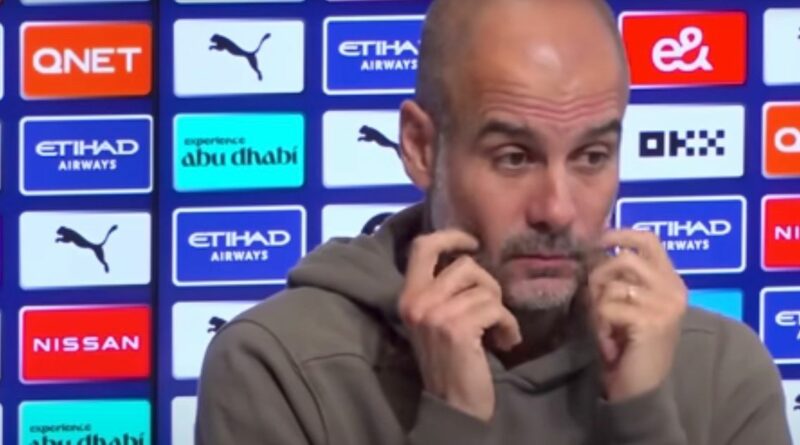 Pep Guardiola was clearly ready for a cheeky question over Arsenal slipping up in their title charge.

The Gunners have set the pace for the Premier League season so far this campaign – and even Guardiola's Manchester City haven't been able to keep pace. City are currently five points behind the north London side, but it could have been so much worse.

Arsenal were held by Newcastle at the Emirates Stadium on Tuesday evening, and Guardiola was asked if he thinks the Gunners will struggle to maintain their form. However, Guardiola was quick to respond interrupting the reporter with quick retorts.

READ MORE: Pep Guardiola made half-time subs against Chelsea after advice from journalist

Guardiola first asked the reporter "why" Arsenal would struggle to maintain their current run.

And after the journalist explained the Gunners don't have the same history as City, Guardiola said: "Their history is bigger than Man City." The Catalan continued to interrupt the question with witty retorts as he defended Arsenal.

Guardiola said Arsenal hadn't dropped their standards against the Magpies, and they had been unlucky not to walk away with three points from the clash.

Do you think this year is Arsenal's year? Let us know in the comments section

Guardiola added: "The way you have to reduce the gap is play good and win games.

"It's not for the fact. They have an average that they will do more than 100 points the way they have done so far.

"If they continue in that way, we will not catch them. We have to be almost perfect from here and hope they drop their performance – yesterday they were excellent against Newcastle – and see what happens." 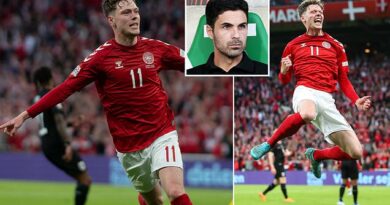