Manchester City boss Pep Guardiola says he never lost faith in John Stones and praised the defender’s “incredible” mentality for fighting his way back into the team.

Guardiola admits Stones has “struggled” at City since his £50m transfer from Everton in 2016 – something he puts down to the England international’s injury problems and adapting to the pressure of playing for his new club.

The City boss had cast doubt over Stones’ future at City in July, but the defender has worked hard off the field to improve his fitness and it has shown this season, with Guardiola picking him in four of City’s last five matches.

Stones is a strong contender to start Saturday’s Manchester derby – live on Sky Sports Premier League – after reclaiming his place in Guardiola’s side and the Spaniard is proud of the way he has bounced back at City.

“I’m incredibly happy for John Stones,” Guardiola told Sky Sports News. “In the end, the players have to show for themselves, we can’t help them for certain points.

“I never changed my mind. When we bought him from Everton we thought he had the quality to do it. But footballers are not just footballers they are human beings, human beings have problems and personal lives.

“Some footballers when they have a problem outside, they forget it when they are inside and other ones put the problems inside.

“He came here as a young lad, only 21 or 22, and immediately everything started happening with the national team for England and playing here in the Champions League, which he had never played before. And sometimes you need time and a process to settle and some players need more time than the other ones.

“We know the quality he has and I am especially happy because he is an incredible person. In the good moments, he is always there and in the bad moments, he fights and always was with the team.

“This behaviour will help him to have a long, long career and live for this amazing job for a long time. Just the mentality and the positivity. He turned it around and hopefully he can continue not just for coming seasons as well.”

Get a Sky Sports Pass for just £25 a month

John Stones could be a key figure at the heart of the Man City defence in the Manchester derby on Saturday. That seemed an unlikely prospect a month ago – but the centre-back has reclaimed the trust of Pep Guardiola. 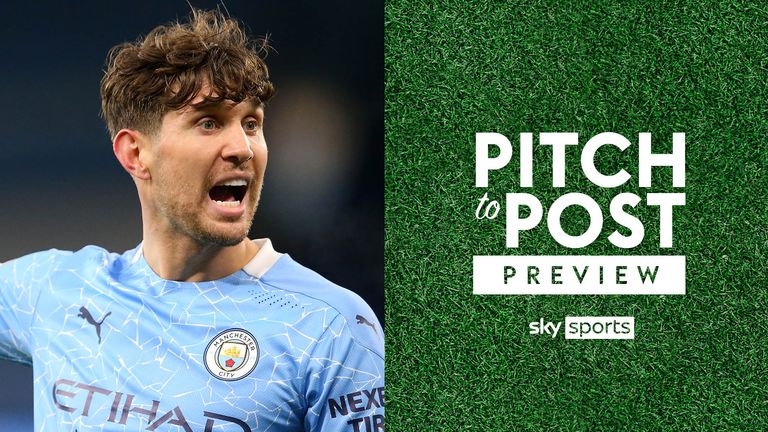 “I think you’ve got to give Stones a lot of credit here,” said Ransom, who covers Manchester City. “He went away over the summer, when they had that lockdown period, and he worked really hard to try to get himself fit and get himself in a position where, when football was able to resume, he was going to be match fit and able to make the most of his time at Man City, which under Guardiola has slipped a little bit.

“There’s an element of confidence here and I did have some sympathy. Guardiola, as we know, is a manager who demands absolutely 100 per cent from his players at all times and he’s a really intense character to be around. For some players that’s a natural fit and for others it takes a bit of getting used to.

“I think with Stones it took a bit of getting used to. The thing with Stones is, the criticism of him always was he had a mistake in him. And when he made that mistake, quite often, unfortunately for him, City were punished – and Guardiola was on the touchline, giving him both barrels every single time.”

Pep on why ‘fun’ training is so important during a pandemic

Guardiola and his fellow Premier League managers have had to adapt to the challenges posed by the pandemic this season. The former Barcelona and Bayern Munich boss says a key part of that is taking into account how the government restrictions are impacting the players in their private lives.

“That’s why you have to be more fun with your training sessions, more football than ever, stay at home with the family as much as possible and come here just to play football and that’s all.

“It’s important not to take it all so seriously. It’s our job and we love it but you have to not stress too much about the results because it’s a long season until May.

“People can’t do so much what they usually like doing so you have to not be so involved in the private lives of the players, like normally the managers can do in preparations for games.”

Mendonca on Wembley hat-trick, death threats and working for Nissan