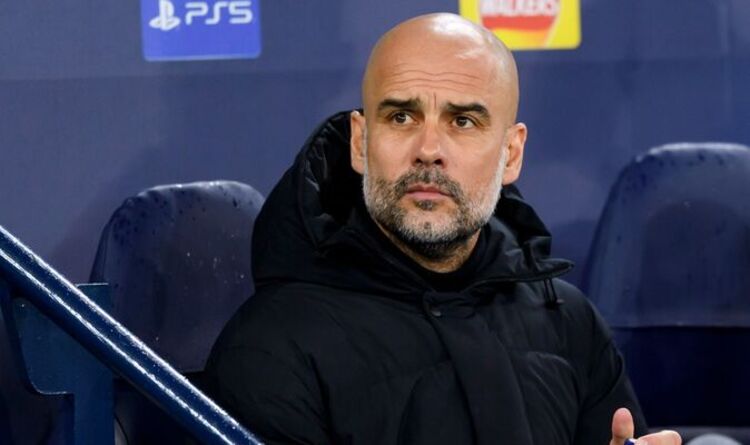 Pep Guardiola reserved plenty of special praise for Gabriel Jesus, Phil Foden and Jack Grealish after Kevin De Bruyne’s second-half goal handed Manchester City a vital win over Atletico Madrid in the first leg of their Champions League quarter-final on Tuesday evening. The Belgian midfielder hit a well-placed effort into the bottom corner with just 20 minutes remaining to wrap up a welcome victory for the hosts, who dominated proceedings over the course of the 90 minutes at the Etihad Stadium.

Atletico put up a spirited defensive effort but finally saw their rearguard broken when De Bruyne found the net from a tight angle to give Diego Simeone’s side a mountain to climb ahead of next week’s second-leg clash in the Spanish capital. Guardiola chose to single out Jesus, Foden and Grealish for their efforts after the full-time whistle, with all three players putting in the hard graft to secure the result after they were introduced from the substitutes’ bench during the second half of the match.

“The guys were playing but we knew with Gabriel and Phil that they had a special energy, and Jack for the quality of keeping the ball,” the Spaniard told BT Sport. “To be the manager was special.

“Only when managers make substitutions is because it’s going a little bit bad and sometimes it doesn’t work and it worked.”

Foden’s performance was the latest in a string of influential showings from the England ace, who is already widely regarded as one of the Premier League’s finest midfielders in spite of his tender years. Guardiola’s glowing review of Foden was echoed by pundit Joleon Lescott, who insisted that the 21-year-old has every chance of becoming the best player to ever don an England shirt if he continues to develop on an upward trajectory.

“Phil Foden is associated with Man City and I know what it means for him to play for the club,” explained Lescott. “If he continues at this rate, he goes down as the best English player of all time with two trophies a season.

“His mentality sets him apart. If you compare him with someone like Wayne Rooney, you can see players who are hurt when they don’t win.

“He is obsessed, I love what I do but he needs to do it. We had to remove the balls from the hotel because you could not get him off the training ground as he wants to improve all the time.”

We’ll be bringing you the very latest updates, pictures and video on this breaking news story.
Stay up to date with all the big headlines, pictures, analysis, opinion and video on the stories that matter to you.
Follow us on Twitter @DExpress_Sport – the official Daily Express & Express.co.uk Twitter account – providing real news in real time.
We’re also on Facebook offering your must-see news, features, videos and pictures throughout the day to like, comment and share from the Daily Express, Sunday Express and Express.co.uk.