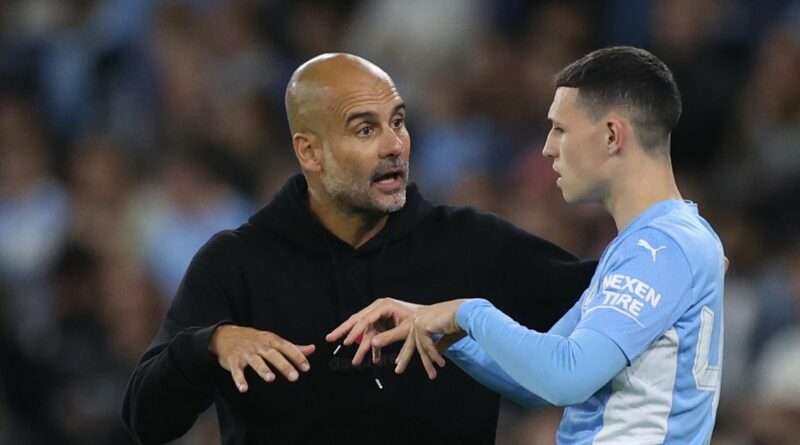 Pep Guardiola has put his foot down on England stars Jack Grealish and Phil Foden as the pair enjoyed a boozy night out shortly after Manchester City beat Leeds 7-0 at the Etihad Stadium.

The City boss is known for heavily rotating his squad meaning that predicting Guardiola's line-up is always a tricky task – something fantasy football players know all to well.

However, there was particular confusion as both Grealish and Foden were unused substitutes against Newcastle on Sunday despite both getting on the score sheet against Leeds earlier that week.

It's now been revealed that this decision was because the pair were being 'punished' for their actions.

City stunned Leeds with a 7-0 victory as the Yorkshire outfit were split apart by Guardiola's men, with the onslaught beginning with goals from both Foden and Grealish inside the opening 15 minutes.

The Premier League champions cruised to victory again with a 4-0 win over Newcastle, but this time Raheem Sterling was the only England international on the score sheet, as Grealish and Foden watched on from the bench.

That's because according to The Times, Guardiola and his staff were upset with their conduct after it emerged that the pair visited a bar in Manchester just hours after playing 90 minutes in the 7-0 win over Leeds last Tuesday.

Should Premier League players be able to enjoy themselves after a matchday? Let us know in the comments section…

The duo reportedly arrived at City's training ground in poor condition the following day as Guardiola's side took a recovery session to prepare for Sunday's game against Newcastle, and Guardiola and his staff were less than impressed.

City are content for their players to spend time relaxing after the match, but the manner of which Grealish and Foden opted to explot that luxury upset Guardiola.

The strict guidelines are potentially even more brutal during a hectic festive period, as recovery and preservation are as important as ever, and all eyes are on City's next fixture to see if the pair feature.

Manchester United vs Aston Villa, LIVE: Follow all the action

Cesar Azpilicueta demands Chelsea fans to get behind Maurizio Sarri