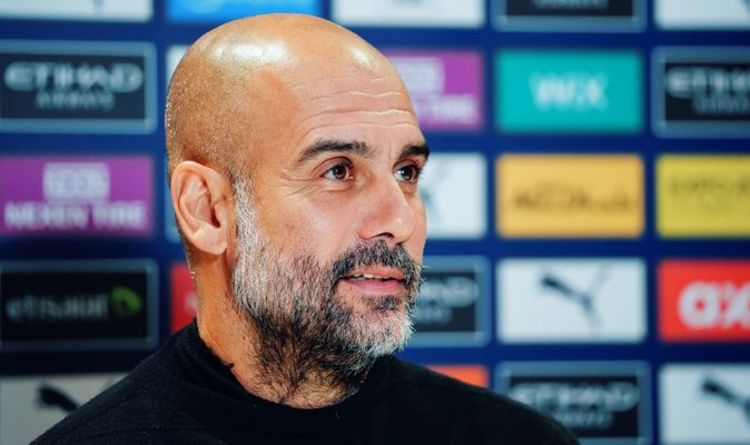 Manchester City boss Pep Guardiola has played down his side’s hopes of inflicting another heavy defeat on Manchester United, who were thrashed at home by Liverpool last month, ahead of Saturday’s meeting at Old Trafford. City will go into their next encounter as the pre-match favourites to claim all three points amid the disappointing form of their cross-city rivals.

United have only managed to win two of their last six games in all competitions, with Ole Gunnar Solskjaer under immense pressure to deliver a quick-fire turnaround in order to save his job.

The Red Devils returned to winning ways with a convincing victory over Tottenham last weekend, but were humbled by Liverpool on their own patch in their previous outing.

The visitors ran riot against a hapless United side that conceded five goals, with Mohamed Salah’s incredible hat-trick capping off a miserable afternoon for those connected with the hosts.

However, Guardiola has insisted that City will be unable to match the heroics of Jurgen Klopp’s side because United will have taken plenty on board from the experience.

The Spaniard is also aware that Liverpool are a very different team to City, who currently sit two points behind the Reds in the Premier League table.

“We cannot play like Liverpool play, because we have different players and different ways to play,” Guardiola told reporters on Friday.

“If you look in the last four, five or six years in the Premier League, at the games played by Liverpool and City, you will know we play differently.

“We’re going to try and play our game as a team, but we have different qualities in a different way.

“Maybe right now, if United played Liverpool, they would play in a different way and it wouldn’t be the result they got at Old Trafford, because everyone learns from it.

“Every manager learns from what works or didn’t work and what you have to do to fix it.

“Football is not ‘copy and paste’. After that defeat to Liverpool, United changed the set-up against Tottenham and it worked.

“They also changed the set-up against Atalanta, but after they got an injury to Raphael Varane, they changed to a back four.

It remains to be seen whether City will be able to down United at Old Trafford in the first Manchester derby of the season on Saturday afternoon.

The visitors will be looking to bounce back after losing at the hands of Crystal Palace in their last Premier League fixture.

Guardiola went on to admit that he tends to avoid getting carried away by the emotion of derby matches, with the 50-year-old insisting that he is treating City’s trip to United like any other game.

“I don’t go to restaurants or pubs. I can imagine how important it is for both sides, but I have to be cool in my mind and head, to know what we have to do, no more than that.

“Maybe for some people, of course it’s special. For the city, for many issues, but at the end it’s the same result, it’s not like a semi-final or final.” 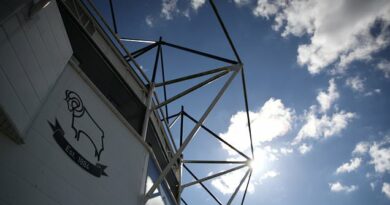 Derby staff fear they won't be paid after entering administration

Have you heard new Dani Ceballos song Arsenal fans are singing vs Watford?