Home » Soccer » Pep Guardiola: There is much more to come from Man City 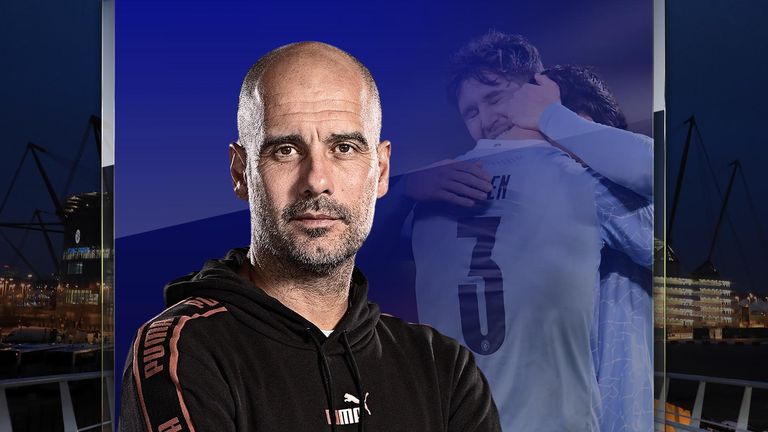 Man City manager Pep Guardiola insists his side can still get better, despite their current 24-match unbeaten run which they will seek to extend at Arsenal on Super Sunday.

City became the first top-flight team to win their opening 10 matches of a calendar year after beating Everton 3-1 at Goodison Park on Wednesday night, a victory that moved Guardiola’s side 10 points clear of rivals Man Utd at the top of the Premier League.

Though, the Catalan believes there is room for improvement from his side in order for them to continue their winning run.

“To play every game, just to get another good performance and three more points and victories, that helps us to get confidence and believe we can do it again and again.

“I don’t feel satisfied, not fully accomplished. To say it’s enough. I still feel we have a margin to improve. And do it again. And this is the most difficult thing.”

However, despite having opened up a massive 16-point lead over champions Liverpool, Guardiola is not taking anything for granted in the title race with 14 fixtures remaining in the season.

“I will not deny that is a good run, good distance, but I cannot deny also, higher, bigger, stronger, that there is 42 [points] to play for, and when there is 42 to play, with 10 in front – that is not much,” he says. 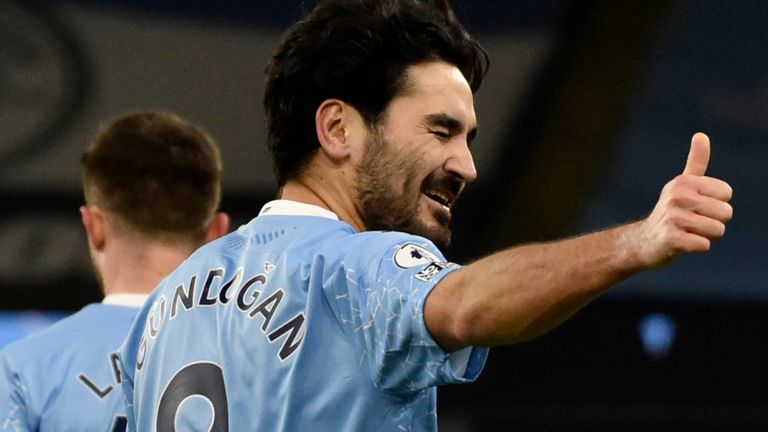 Part of the reason for City’s stunning results of late has been the eye-catching form of both Ilkay Gundogan and Phil Foden.

Incredibly, the German – who is a doubt for Sunday’s trip to the capital – is City’s leading scorer in the Premier League, with his 11 goals all coming in his last 12 appearances, a run that has even surprised his manager.

“Yeah, a little bit – that’s true,” Guardiola admits. “We know another quality from Gundogan, we know it. He can score goals for us but it’s a surprise, a welcome surprise.

“It happened because he’s playing close to the box and he has incredible sense to score a goal.”

Guardiola is equally delighted with Foden’s contributions this season.

“First of all, it depends on him,” he says. “The rest is the quality of the paper. I didn’t teach him ‘dribble, shoot for Phil Foden’.

“It’s true [that he’d play with kids in the park]. Everything comes from there. The only thing is he has to know he doesn’t play alone, he plays with team-mates – the movement and ideas, to win together, to understand it as much as possible.”

In north London on Sunday afternoon, Guardiola will, of course, come up against Mikel Arteta, his one-time apprentice at the Ethihad.

The City boss is quick to acknowledge the importance of the duo’s partnership during their hugely successful time working together in Manchester.

“Since he left, I’ve said how important he is,” he says. “Every game he plays, that Arsenal plays, you realise he’s better than the opponent. Sometimes you don’t win games. You fight to get what you deserve and sometimes that doesn’t happen.

“But I see what Arsenal have done in the last couple of months, they’re better than the opponents. Every manager needs time. Arsenal will give him that. Within a very short period, they will be incredibly hard to beat, and a contender for titles.”

At the Emirates this weekend, we will find out if the apprentice can get the better of his master… 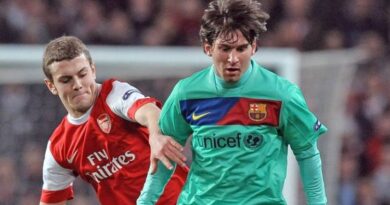