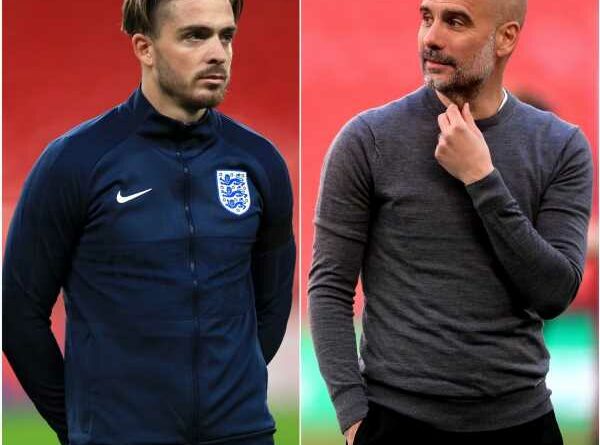 Thursday’s signing of Jack Grealish added to Pep Guardiola’s spending with Manchester City and the £1billion mark could be broken should they complete a move for Harry Kane this summer.

Grealish arrived from Aston Villa as the Premier League’s first £100million player while Kane, who would most likely cost even more, has yet to report back for pre-season training at Tottenham as he seeks to force through a move.

Here, the PA news agency takes a look at Guardiola’s spending since he joined City in 2016. 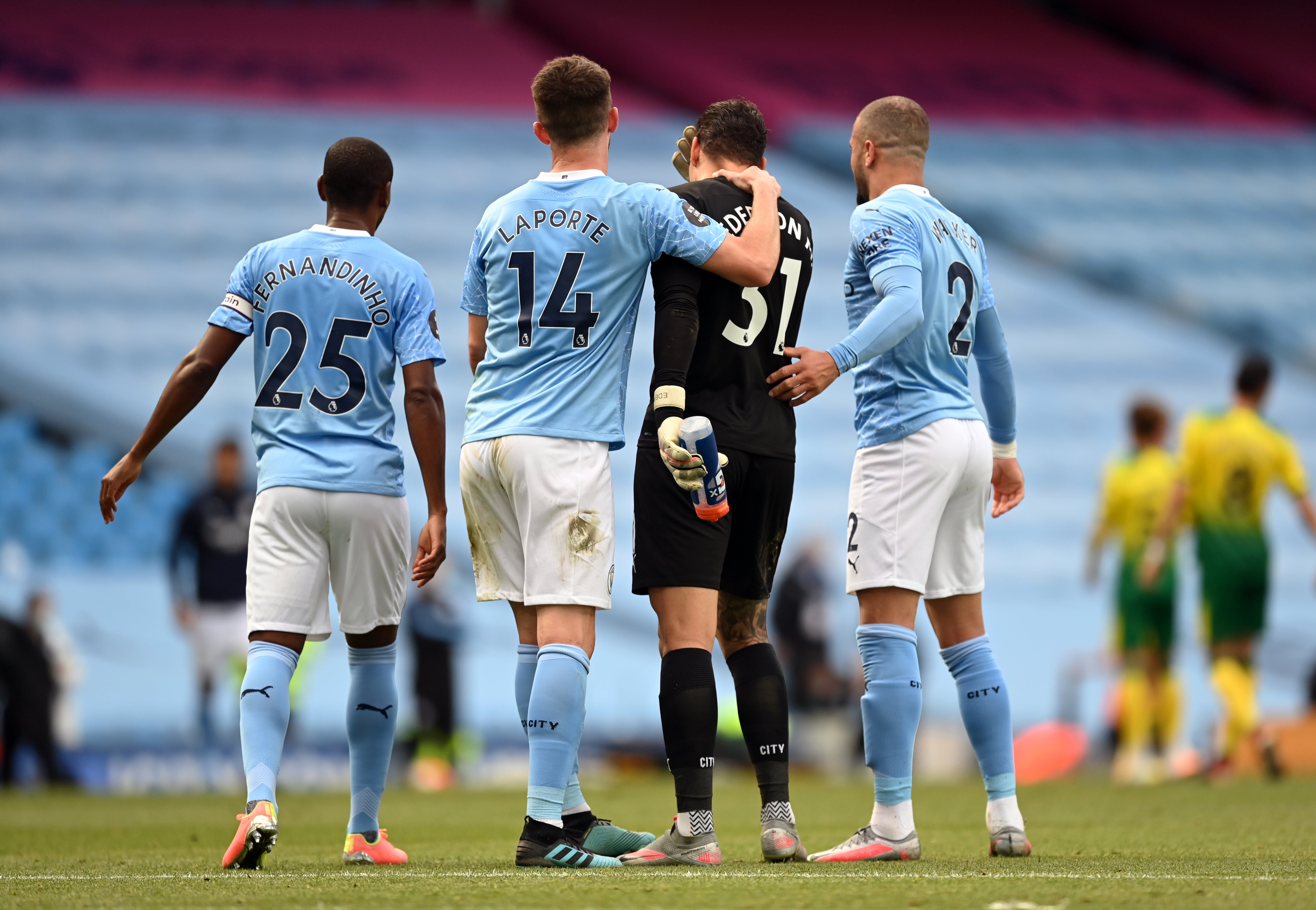 While many fees are undisclosed and feature add-ons over the course of the deal, leading to a reliance on reported or estimated figures, Guardiola’s gross spend is at least £880m after Grealish’s arrival.

His biggest outlay came in his second season in charge, 2017-18, when the club spent over £200m on defensive reinforcements alone and around £273m in total.

Goalkeeper Ederson arrived for £35m in the summer window alongside high-priced full-backs Kyle Walker Benjamin Mendy and Danilo, with centre-back Aymeric Laporte arriving for £57m in the January window. The £43m summer signing of Bernardo Silva added to the considerable outlay.

The following season was the only one with Guardiola spending less than £100m, with winger Riyad Mahrez arriving from Leicester for £60m but no other big-money signings of note. 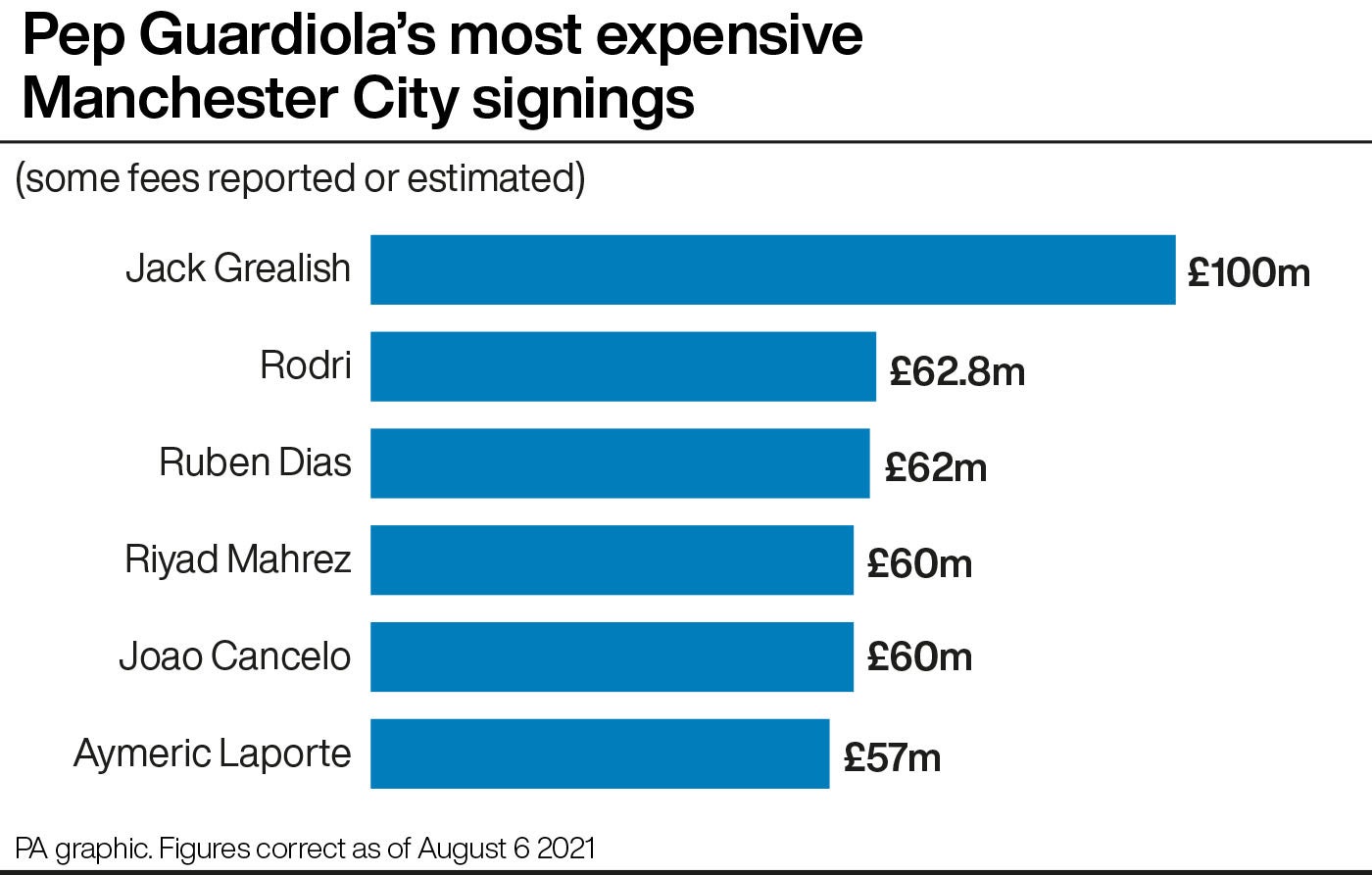 Grealish is comfortably the club’s record signing and the first Premier League fee in nine figures, providing a huge jolt to City’s spending even if his records may soon fall to Kane.

Rodri heads a clutch of deals at £60m or just over, along with Dias, Mahrez and Cancelo, while Laporte was not far behind.

Deals between £45m and £50m have also been commonplace, with Mendy, Stones and Walker in that bracket and add-ons taking the latter beyond £50m, while Bernardo and Ake also cost over £40m and Sane and Ederson £35m or more. Jesus, Danilo, Gundogan and Ferran Torres also broke the £20m barrier. 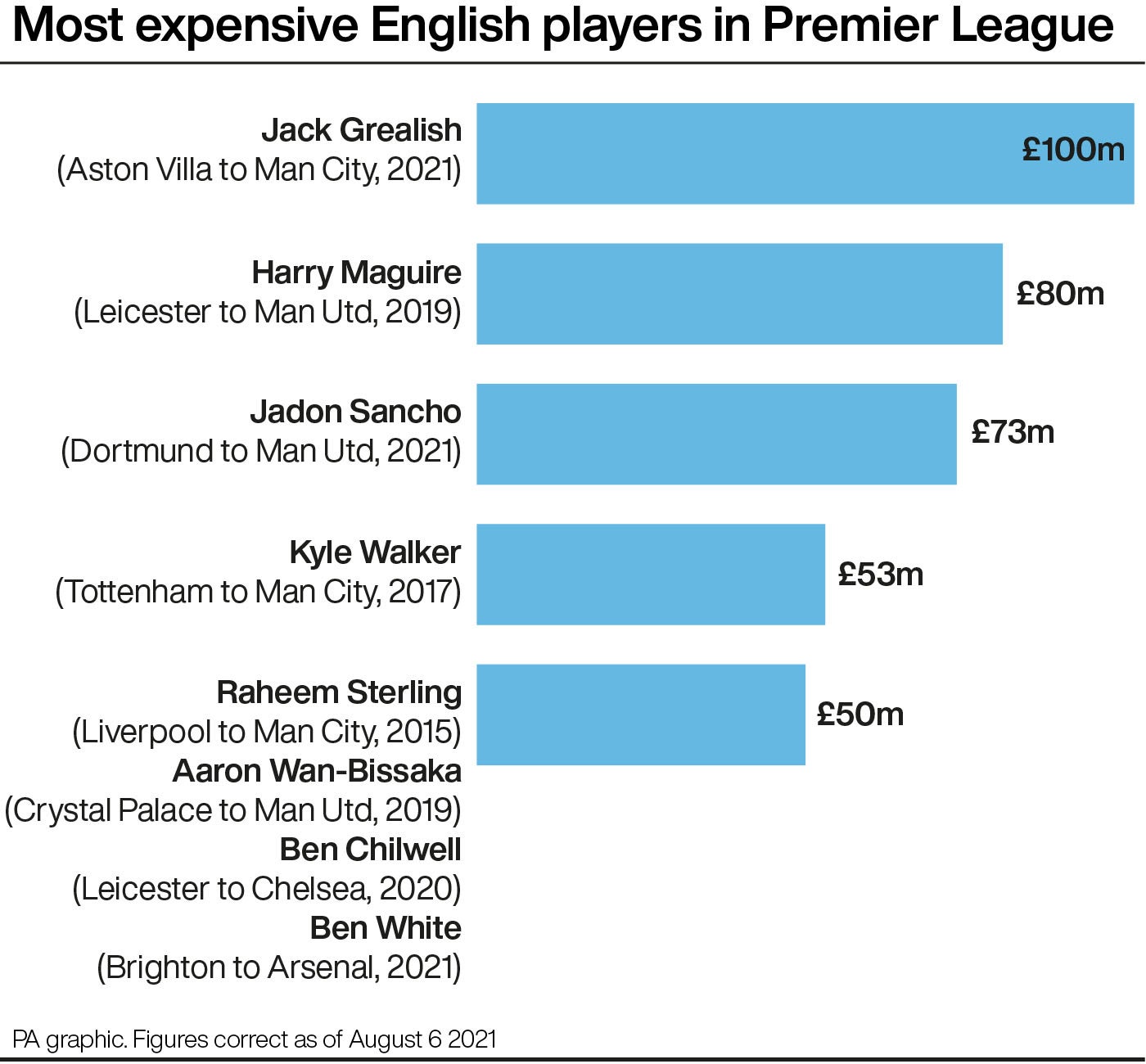 The most expensive English players in history have overwhelmingly moved to Manchester, with City and rivals United both heavily represented on that list.

Grealish follows England team-mate and City academy product Jadon Sancho, who joined United from Dortmund for £73m, as a big-money arrival this summer with United defender Harry Maguire’s £80m arrival from Leicester in 2019 splitting the pair at the top of the all-time list. 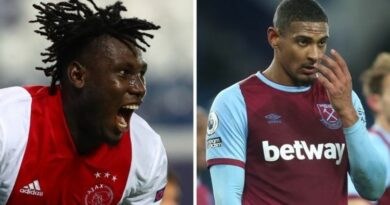 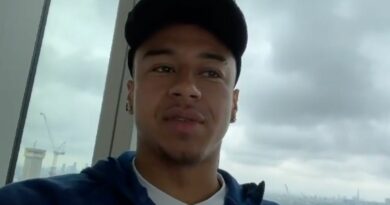