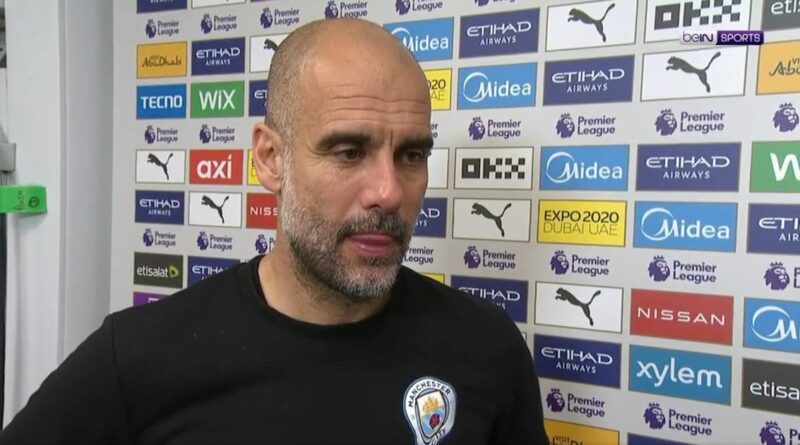 Pep Guardiola has sensationally taken aim at Liverpool over their "30 years" of league failures after his Manchester City side edged ever closer to a fourth Premier League title in five years.

Days after being dramatically dumped out of the Champions League by Real Madrid, City bounced back in speculation fashion with a 5-0 demolition of Newcastle. The five-star performance saw Guardiola's side capitalise on Liverpool's slip-up against Tottenham to open up a three-point lead atop the Premier League summit and better the Reds goal difference.

In one of several spiky post-match interviews, Guardiola accused "everyone" of "supporting Liverpool" in the title race before taking a pop at the Reds over their Premier League history. The Spaniard fired a bitter jibe in Liverpool's direction as he highlighted how they had only won one league title in 30 years.

“Everyone in this country supports Liverpool, the media and everyone," Guardiola told beIN SPORTS shortly after City's mauling of the Magpies. "Of course because Liverpool has an incredible history behind in European competition – not in the Premier League, because they’ve won one in 30 years – but it’s not a problem at all.

“The situation is what it is. We need to do nine points or maybe six right now, it depends what happens in the next two games in terms of goal difference, but now Wednesday is the real, real final for us.

"We are going to try to win there. Our destiny is in our hands and this is important. We have to look at ourselves. With one point or three points, nothing’s changed. We have to do it.”

HAVE YOUR SAY! Who will win the Premier League this season: City or Liverpool? Comment below

When asked whether he really believes the rest of the country are behind Jurgen Klopp's side, Guardiola added: "Liverpool alongside [Manchester] United are the most important teams in [English football] history in terms of titles, legacy, history, dramas – for many, many things – but we are since the last 10, 11, 12 years, up there. I know we are sometimes uncomfortable, but I don't care.

With three league games remaining in the current campaign, City are within touching distance of claiming their fourth Premier League title in five seasons under Guardiola. Liverpool were victorious in the other, ending their 30-year wait for an English top-flight title back in 2020.

Liverpool are Champions League heroes but what happened to Barcelona?