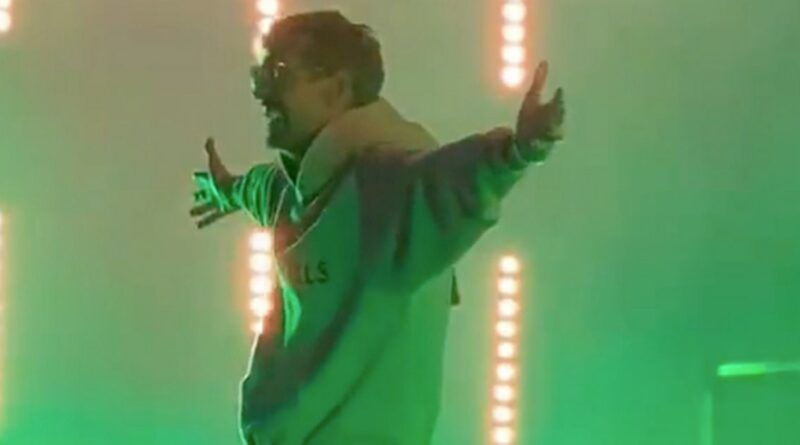 Peter Crouch delighted fans as he joined Kasabian on stage at the Isle of Wight Festival on Saturday night.

The former Liverpool, Tottenham and England ace stepped out in front of the packed crowd as the Leicester rockers prepared to sing 2009 hit 'Fire'.

Wearing shorts, a hoodie and a pair of sunglasses, Crouch took to the main stage like a duck to water as he bounced up and down to the iconic track. The 41-year-old, who won fame for his trademark robot dance during his playing days, waved his hands in the air as he jumped around in front of the excited audience.

The former striker is a regular at the Isle of Wight Festival and expressed his joy at being invited onto the stage in a post on Twitter afterwards. "Well that escalated," he wrote. "Thank you @KasabianHQ. Thank you @IsleOfWightFest."

Predictably, social media users loved the ex-footballer's antics. One person wrote: "This is top tier Crouchy." While another went: "This is some of the most finest content."

A third person added: "Waking up to this on a Sunday morning, f***ing brilliant man." As someone else commented: "1. What a f***ing guy he is 2. His shorts would genuinely be a pair of kecks for me."

Others labelled him the "GOAT" and begged for the star to bring out his robot dance once again.

Kasabian guitarist Serge Pizzorno, scorer of one of the most famous goals in Soccer AM history, first hinted in 2019 that Crouch could join the band on stage at some point in the future.

Which former footballer would you most like to appear alongside your favourite band? Let us know your thoughts in the comments section below.

He told That Peter Crouch Podcast: "Bear in mind that we've talked about this – about Crouchy learning the bass and one day coming on stage.

"But then, have you seen that Petr Cech thing he's done? I saw that and just had a shudder. It's like me and Pete going 'yeah it's gonna be amazing' and everyone going 'oh boys!'."

In 2019, Crouch was spotted in a mosh pit at a Kasabian gig, also at the Isle of Wight Festival. The band shared a video of Pizzorno telling the crowd to "get low", a signature part of the group's routine, during which he joked: "Crouchy, get down, I can see ya." 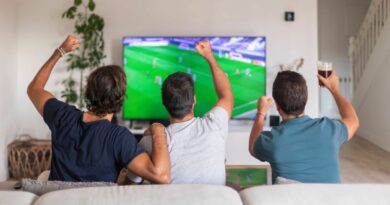 Reasons why footy fans choose who to support include the team’s kit, stadium – or family