Peter Crouch has detailed an on pitch exchange where Craig Bellamy tore strips off Jamie Carragher.

The two players, who were twice team-mates at Anfield, clashed when the Welshman was at Newcastle.

Carragher played a long ball to Robbie Fowler but took issue with his lack of movement.

That criticism didn't sit well with Bellamy who made the defender aware of the calibre of player he was calling out.

And Crouch admits that the Welshman was "relentless" when it came to verbals during a match.

"Robbie Savage and Craig Bellamy were relentless. Jamie Carragher tells a story about Bellers," he wrote in the Daily Mail.

"Carra played a ball up to Robbie Fowler and then had a go at him for not running into space. Bellers, playing for Newcastle at the time, turned to Carra and said: 'Who the **** do you think you are you talking to? That's Robbie Fowler!'

"Even when it had nothing to do with him, Bellers could not help getting involved. Carra was gobsmacked.

"In my final few years, those types of players had all but disappeared."

Bellamy made 74 appearances for the Reds during two separate spells. 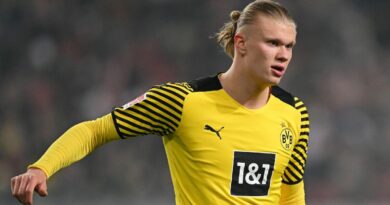 Reporters debate which teams will be promoted to the Premier League