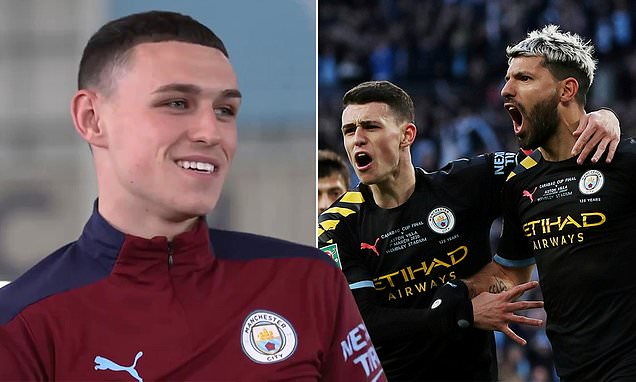 Phil Foden has opened up on how it feels to move from ballboy to playing for Manchester City alongside world-class players like Sergio Aguero and Kevin De Bruyne.

The City attacking midfielder, speaking to iconic former Manchester United defender Rio Ferdinand on BT Sport ahead of the Champions League final against Chelsea on Saturday, also revealed his shock at boss Pep Guardiola lavishing praise on him.

And when asked by Ferdinand what it feels like to play with the superstars, Foden emphasised how much he enjoys the experience. 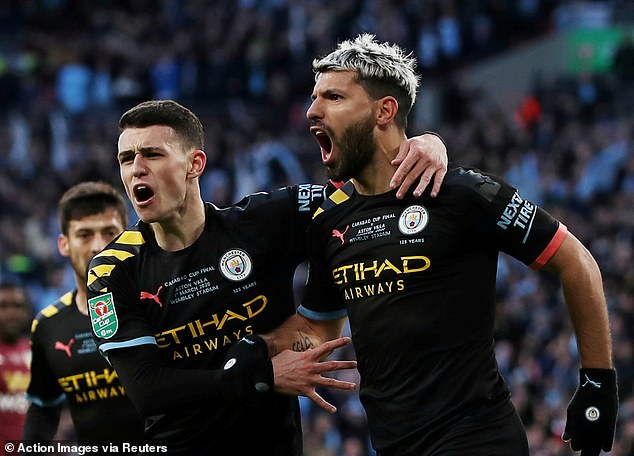 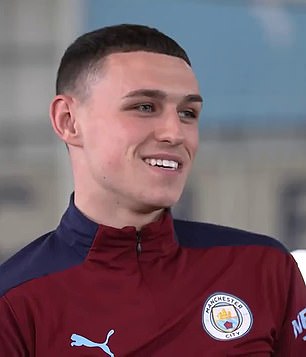 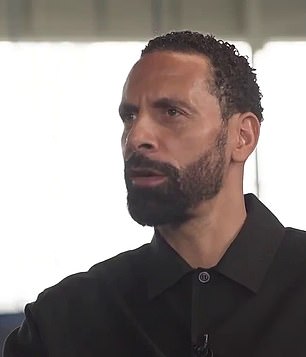 He said: ‘It’s exciting, man. Obviously I’ve grown up being a ballboy watching Sergio (Aguero) for many years, and big players like David (Silva) and Kevin (De Bruyne).

‘Playing alongside them is exciting, I just enjoy it a lot. I play with a smile on my face, I don’t feel the pressure and it brings the best out of my game.’

Iconic ex-Red Devils star Ferdinand then asked Foden about Guardiola’s comments calling him the best young player with whom he has worked. 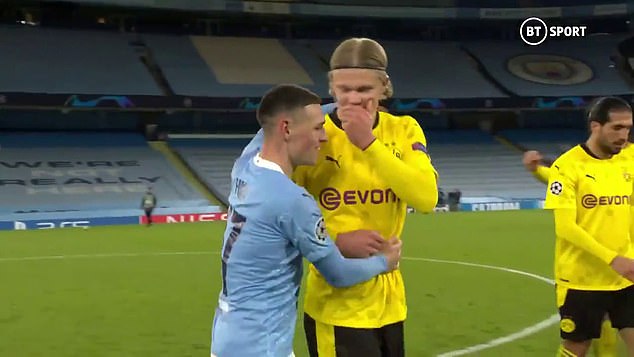 The 21-year-old responded: ‘When he first said that and I was in the interview room, I was really shocked because the players he’s worked with are obviously unbelievable.

‘But that brought confidence on me, getting the love and support from my manager like that means a lot, so that helped me a lot to go on and express myself.’

Stockport-born star Foden is likely to make the Spaniard’s starting line-up for the European showpiece in Porto at the weekend, after starring performances in both quarter-final legs against Borussia Dortmund. 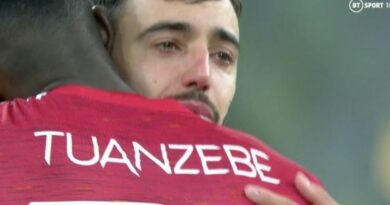 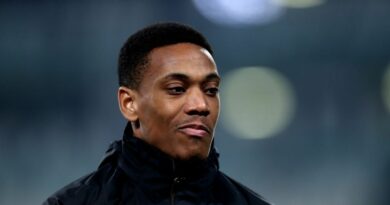