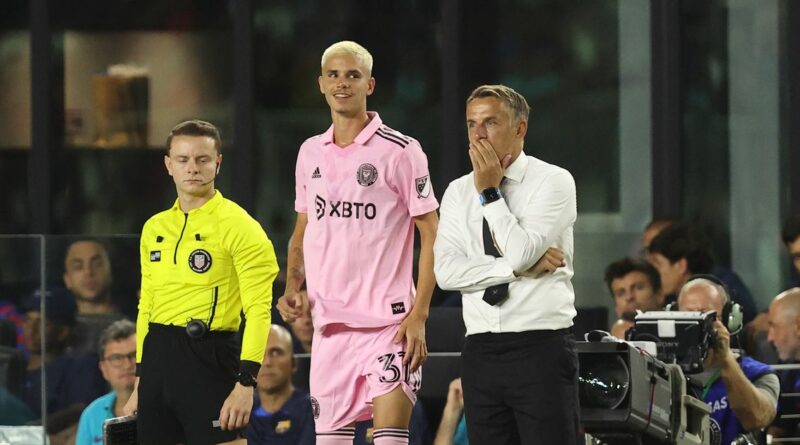 Phil Neville has been criticised for bringing on his son Harvey and Romeo Beckham in Inter Miami’s “biggest match in history” against Barcelona.

Inter Miami, who are part-owned by David Beckham, were battered 6-0 by Barca on Wednesday, with Pierre-Emerick Aubameyang, Memphis Depay, Raphinha, Ousmane Dembele, Gavi and Ansu Fati all getting on the score sheet. Neville’s side failed to muster a single shot on target in the one-sided friendly in Florida.

Before the game, Neville built up the hype by declaring: “My team and myself think it’s the biggest match in the club’s history.” Inter Miami were established in 2018, only joined MLS in 2020 and have been managed by Neville since January 2021.

The Inter Miami side contained former Juventus striker Gonzalo Higuain and ex-Premier League full-backs Kieran Gibbs and DeAndre Yedlin, but they couldn’t lay a glove on Xavi’s team. Neville decided to bring on his son, Harvey, at half-time and Romeo Beckham for the final few minutes – a decision which sparked some criticism on social media.

“Phil Neville called a friendly against Barcelona the biggest game in Inter Miami's history and then brought on his own son and David Beckham's son, who have zero MLS minutes between them, to play in it,” wrote one commenter on Twitter.

HAVE YOUR SAY! What do you make of Phil Neville's approach to the match? Comment below.

“This was embarrassing to say the least,” wrote another. “Sack Neville, this isn't a learning experience we’re still gonna get battered by teams that are half decent,” added another. But Neville defended his decision to bring on 20-year-old Harvey and 19-year-old Beckham.

"Well I think we put the two boys on at wing-back and the first thing you measure is temperament. Have they got the temperament to play in this game? I think both of them did," he said post-match. "I was super proud of them both. Romeo only got on for the last five or six minutes, which is difficult, but they’d earned the right to get on. They both showed really good temperament and I think tonight we learned an awful lot."

Neville also tried to downplay the significance of the result in his post-match interview. “It was a big challenge for us, as you can see, we’re playing against world-class players. Two world-class teams in each half, really,” he said.

“I think, from a playing point of view, the game was always going to be, for us, something for us to really enjoy. We’ve got a lot of young players in there who can take away some real valuable experiences, about the level you need to be at to be at the top, top level.

“I thought it was a brilliant learning experience for us all. It was difficult, we did to dig in, we had to fight, to accept that they were going to have a lot of possession of the ball and, really, to keep it to 6-0 was a real positive for us.” 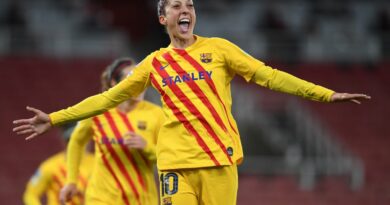 Barcelona too good for Arsenal in latest Champions League masterclass