Home » Soccer » Philippe Coutinho: Why would Barcelona want to part with him this summer? With the transfer action heating up in the final few days of the summer window, the future of two top playmakers is in the balance.

Tottenham have emerged as favourites to sign Philippe Coutinho from Barcelona on a season-long loan, Sky Sports News understands.

Meanwhile, Manchester United are considering making a move for Christian Eriksen, with the Tottenham midfielder in the final year of his contract.

The Transfer Show panel offered their take on the potential deals, including how Coutinho moving to north London could impact on Eriksen’s possible transfer to United.

“Why do Barcelona want to sell Coutinho, a player they spent so much money on from Liverpool, I think it was £142m?,” asked Sky Sports News‘ Kaveh Solhekol.

“Barcelona have signed Antoine Griezmann this summer and they also want to raise funds to try and sign Neymar back from PSG, so one of the players they have looked at letting go is Philippe Coutinho.

“He has been offered to lots of clubs, some of the biggest in Europe, and one of those clubs is Spurs.

“Our information this evening is that Spurs are very interested in signing him, to the extent they are now the favourites to sign him.” “This potentially could be huge,” said Sheth.

“The Coutinho developments could add weight to the story we brought you earlier that United are interested in Eriksen and are considering making an official move for him before Thursday’s transfer deadline.

“Eriksen’s contract status is the big issue for Tottenham here, as he has entered the final year of his contract.

Tottenham vs A Villa

“He admitted earlier in the summer he would like to ‘try something new’. He also said he was happy at Tottenham, he loved the club, loved the fans and didn’t rule out signing a new contract.

“Tottenham are in a delicate situation here. They will attempt to get market value before Thursday if Man Utd go in for him.

“If he doesn’t leave and subsequently doesn’t sign a new contract at Tottenham Hotspur, clubs in Spain, especially, have until Monday September 2 to strike a deal for Eriksen.

“It is likely they will go in with lower offers knowing Tottenham risk losing him for free next summer.

“Eriksen, in the final year of his contract, can then sign a pre-contract agreement with a foreign club in January, hence leave for free next summer.”

It’s Transfer Deadline Day for the Premier League and Championship on Thursday August 8 and Sky Sports will be bringing you all the latest news on who your club is signing. 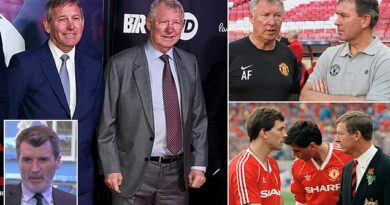 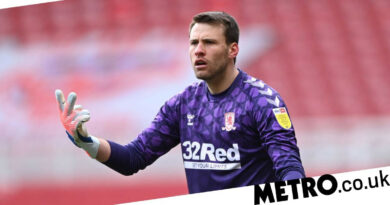