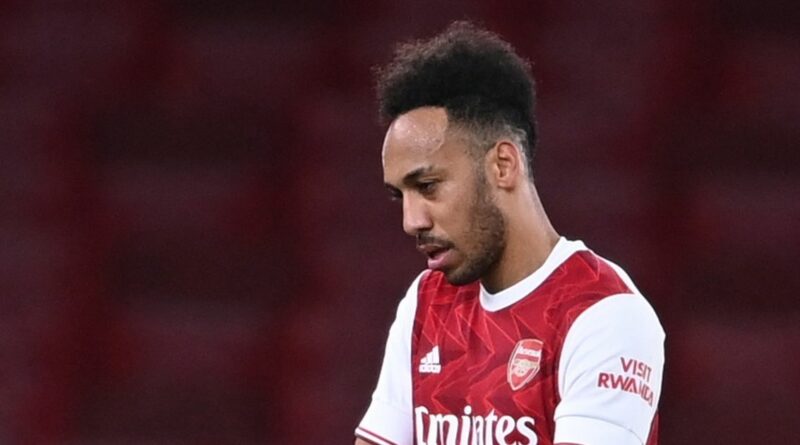 Pierre-Emerick Aubameyang watched on as his brother fired a gun next to his head during an Instagram Live video.

The Arsenal striker was left shocked as Willy Aubameyang danced before firing the shot close to himself.

Willy, 33, wearing no top and just trousers with braces, pulled faces at the camera as he loaded the weapon, report The Sun.

The Gunners star appeared to call his brother "strange" after he held the gun so close to himself before firing.

Pierre-Emerick laughed it off nervously as he saw out 2020 with his brother.

The pair were in different locations but had 5,000 people watching their live video.

It led to a barrage of comments with one saying: “Willy Aubameyang drunk, shooting a gun. Now told off by wife.”

Arsenal have not commented on the matter.

Willy is also a footballer and most recently played for German side FC Kray.

Prior to that he played in Scotland with Kilmarnock and, like his brother, was on the books of AC Milan but failed to make any inroads into the first team.

Willy has also been capped by his country Gabon for whom he played 15 times.

His brother has endured a tough time of things in north London having signed a hefty new deal in the summer.

Arsenal thought they may have to cash in on their star striker but he ended up staying put.

After an excellent campaign last season though his form has dropped off with Mikel Arteta leaving him on the bench for the recent win over Chelsea.

The former Borussia Dortmund man has scored just five times all season having fired in 60 over the past two years.

Cristiano Ronaldo: Why Juventus star is on a ‘different level’ after Ajax goal – Allegri