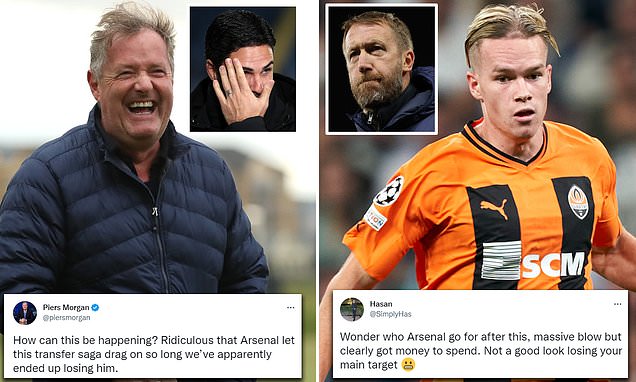 ‘How can this be happening?’: Piers Morgan leads the fury from Arsenal fans after Chelsea hijack their £88m move for Mykhailo Mudryk as supporters hit out at the club for failing to land their main target

Piers Morgan has declared himself to be ‘irrationally annoyed’ after Chelsea moved to the brink of signing Arsenal’s long-term target Mykhailo Mudryk, labelling their failed pursuit as a ‘fiasco’.

The Blues have moved to hijack Arsenal’s mega-money move for the Shakhtar Donetsk winger in recent days, and seem to be on the cusp of confirming his arrival in a whopping £88million deal.

Morgan, a vocal Arsenal fan, claimed the Premier League leaders had looked ‘weak’ after allowing their London rivals to sign the Ukrainian despite their well-publicised interest. 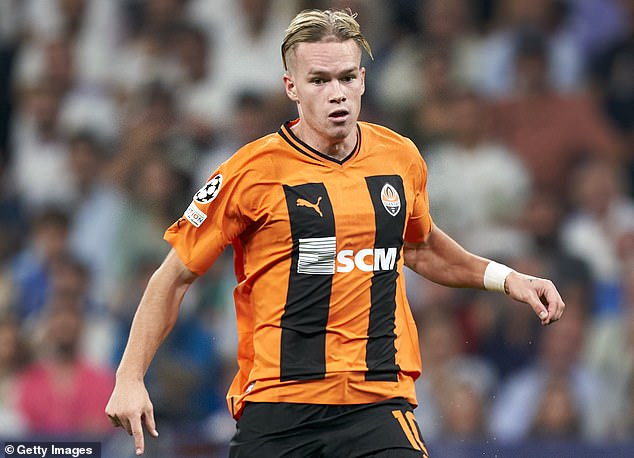 ‘How can this be happening? Ridiculous that Arsenal let this transfer saga drag on so long we’ve apparently ended up losing him,’ Morgan tweeted.

‘If Arsenal want to win the League this season, we can’t faff around for weeks on key targets and then get outflanked/outbid at the last minute. Looks weak.

‘We must buy another top class striker asap.’

Arsenal have been pursuing Mudryk in recent weeks as they sought to increase Mikel Arterta’s attacking options with the Gunners pursuing the Premier League title. 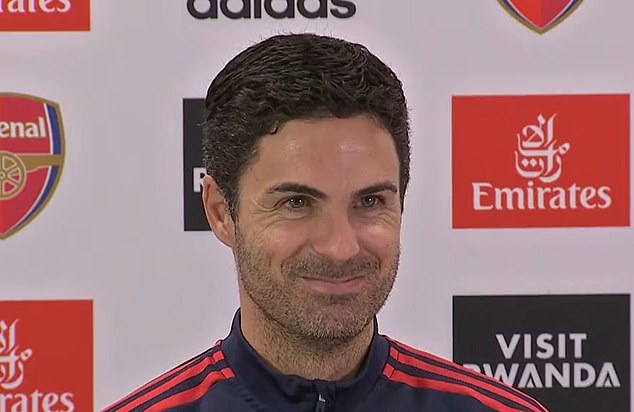 Mudryk had made it clear in recent weeks that he was very keen to move to the English club, posting himself wearing an Arsenal shirt on social media.

A move to North London had appeared on the cards after Arsenal tabled a third bid that could reach £80million for the player.

Fans had expressed optimism over his potential signing after Arteta was asked about Mudryk in a pre-North London derby press conference.

The Arsenal manager responded with a huge grin, before composing himself and replying: ‘You know we cannot talk about any other player’.

Fans have hit out at the club’s failure to land their main target in the January window, suggesting the Gunners had ‘wasted time’.

‘Arsenal need to find a balance between having a valuation, going over your valuation of a player and moving on quickly when the selling club isn’t playing ball,’ one Arsenal fan tweeted. ‘We’ve wasted time not securing our main target when we could

‘Same old Arsenal nothing ever changes,’ said another. ‘Can’t even sign their main target. Preposterous.’

A third tweeted ‘We’ve needed wingers since last year but it’s the same old Arsenal we lose our main target and won’t spend again until summer’.

Mudryk’s potential move to Chelsea led other Arsenal fans to wonder who the Premier League leaders will turn to next for reinforcements in attack.

‘Whether you think Mudryk was worth the money or not, Arteta was fixated on him,’ a fan tweeted.

‘That’s what matters. He has done an incredible job to get this group of players challenging for the title, and deserves to be backed in the market. The board & Edu have 16 days to make it up to him.’

‘Wonder who Arsenal go for after this, massive blow but clearly got money to spend,’ another fan said. ‘Not a good look losing your main target.’ 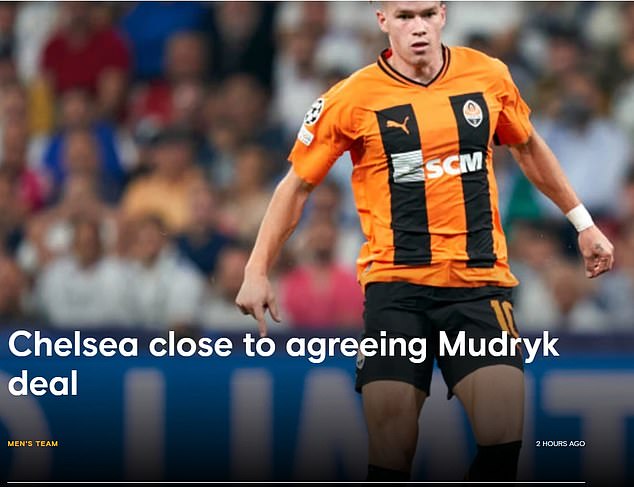 Chelsea have all but confirmed his arrival with a series of posts on social media, while his current side Shakhtar tweeted that the club are ‘very close’ to agreeing a deal for him to leave..

Blues chiefs travelled to Poland on Saturday to conduct discussions with the Ukrainian club on regarding signing the 22-year-old.

‘Parties are very close to agree(ing) on player’s transfer to the club.’

Arsenal could now be forced to look elsewhere for attacking reinforcements in the remainder of the transfer window, while the signing would be a major boost to under-fire Chelsea boss Graham Potter.