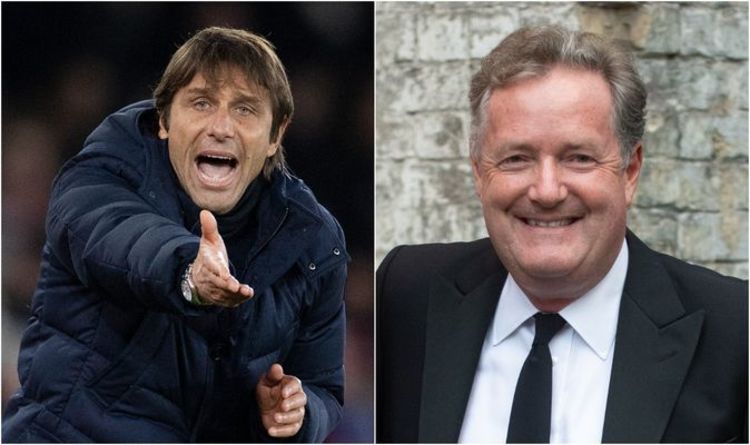 Arsenal fan Piers Morgan used his side’s struggles against Nottingham Forest as an opportunity to fire a brutal dig at bitter rivals Tottenham. Spurs struggled earlier in the day, requiring three late strikes to overcome League One Morecambe at the Tottenham Hotspur Stadium, but the Gunners went one better, or indeed worse by crashing out of the FA Cup at the third round stage.

The Gunners struggled to impose themselves in the early stages at the City Ground, failing to register a single shot on target before half time.

Nuno Tavares struggled in particular, and he threw his gloves to the ground in frustration as boss Mikel Arteta substituted him just after the half-an-hour mark.

And things only got worse after the break, with Lewis Grabban’s late strike enough to earn a stunning 1-0 victory.

Arsenal were not the only north London side to struggle on Sunday, with Spurs leaving it late to put their tie against Morecambe to bed.

A first-half strike from Anthony O’Connor gave the League One side the advantage until the 74th minute, when late strikes from Harry Winks, Harry Kane and Lucas Moura spared Antonio Conte’s blushes.

As Tavares struggled in Nottingham, Ndombele had a similarly disastrous display at home as fans booed the Frenchman for slowly walking off when substituted.

With Spurs scraping through regardless, Morgan fired a dig at the Gunners’ rivals during their tie with Forest.

“Can someone please tell Arsenal’s players that playing in white shirts doesn’t mean we have to play as badly as Spurs?” he said on Twitter.

The Gunners turned out in an all-white strip on Sunday evening in collaboration with an Adidas anti-knife crime campaign.

And with a strip mildly resembling that of their local rivals, Arteta handed rare opportunities for the likes of Charlie Patino, Rob Holding and Cedric Soares to impress.

With Forest hungry to cause another upset, however, they took their opportunity against the sub-par visitors.

Cambridge United and Kidderminster Harriers already exemplified the magic of the FA Cup this weekend by surpassing Newcastle and Reading respectively.

Aston Villa could also produce an upset when they head to Old Trafford to face Manchester United on Monday evening.

After dumping Arsenal out, Forest are drawn in a tricky home fixture against Leicester City in the fourth round.

Tottenham, meanwhile, after squeezing past their seemingly over-matched opposition, will host Brighton in the last-32 stage.

Both sides will turn their attention towards EFL Cup semi-final ties in the coming days, before resuming Premier League duties as they both vie for a top-four spot. 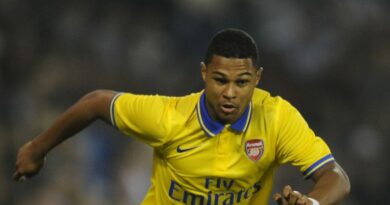