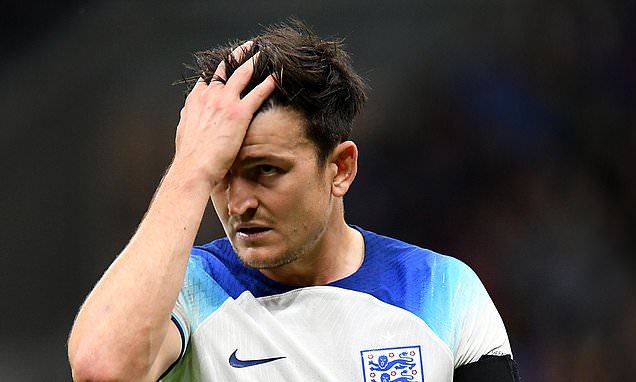 England suffered the ignominy of relegation from the Nations League’s top tier after a tepid defeat to Italy that raises further concern ahead of the winter World Cup.

Among the favourites to triumph in Qatar having reached the semi-finals four years ago and the Euro 2020 final, things have gone awry for Gareth Southgate’s side.

England failed to win any of their four June fixtures and produced a meek response to their 4-0 Molineux mauling against Hungary, with Giacomo Raspadori sealing Roberto Mancini’s Italy a 1-0 victory on Friday night. 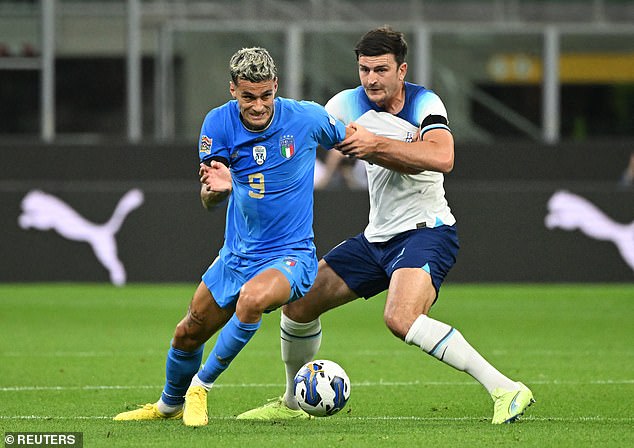 Gianluigi Donnarumma – A calming influence for his team, particularly as England grew into the game. Two big saves from Kane. 7

Rafael Toloi – The Atalanta defender – but for a few worrying moments – dealt well with what England threw at him. Relatively unruffled. 6.5

Leonardo Bonucci – But for a few moments when he called on his experience to cope with England’s largely meek attack, the Italy hero cruised through this. Booked. 7

Francesco Acerbi – At 6ft 4ins, the giant central defender was at ease aerially. He looked less assured when faced with Sterling and Foden with the ball at their feet. 6.5 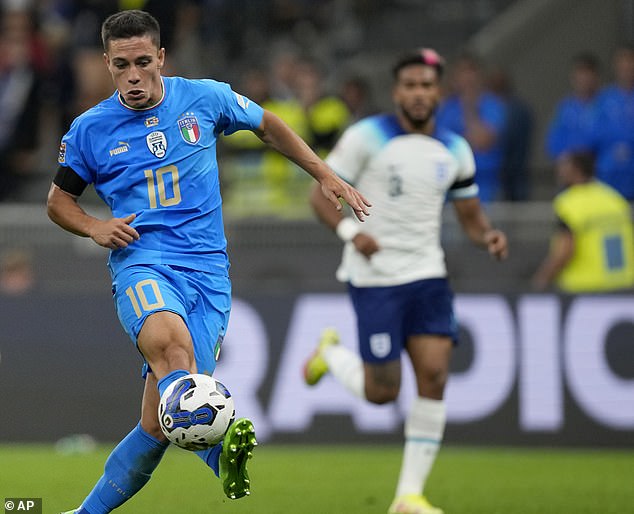 Giacomo Raspadori capped an impressive display with the winner for Italy

Bryan Cristante – An early challenge on Foden, which the Italian was lucky to escape a booking for, set the tone for Italy’s aggressive start. 6.5

Jorginho – Uncharacteristically sloppy in possession at times but the Chelsea man, for the most part, kept the ball moving in midfield. 6

Federico Dimarco – Offered a decent threat down the Italian’s right side but was far less diligent in tracking the wandering Foden. 6

Giacomo Raspadori – The 22-year-old attacker is a clear talent, but England’s back-three coped well with the Napoli man’s threat. Looks to have a bright future 7.5

Gianluca Scamacca – West Ham’s summer signing had the best of Italy’s first half opportunities but showed little composure in front of goal. 6.5 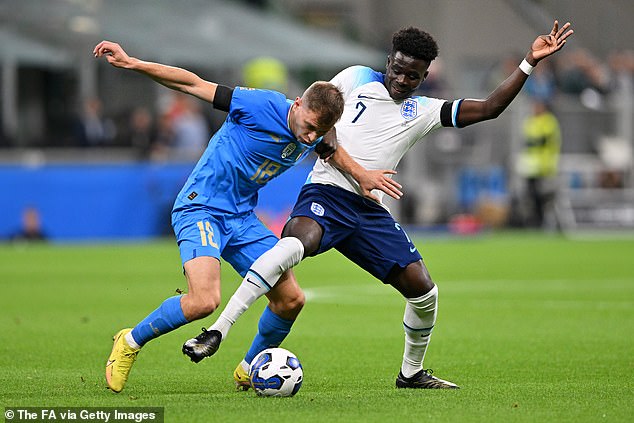 Roberto Mancini: His Italian side are in transition and they looked exactly that – but even in this state they were good enough to condemn England to further misery. 7

Nick Pope – Looked decent in possession which will please Southgate and made some decent stops. No chance with Italy’s goal. 6.5

Eric Dier – Back in the international fold and did his hopes of staying in the squad no harm despite the loss. One interception to deny Cristante particularly good. 6.5

Harry Maguire – His performance here will have done little to silence the growing calls for the Manchester United star to be dropped. 5.5

Reece James – The heir Walker’s throne on England’s right side still needs to show his teeth at this level – but will go to the very top. 6 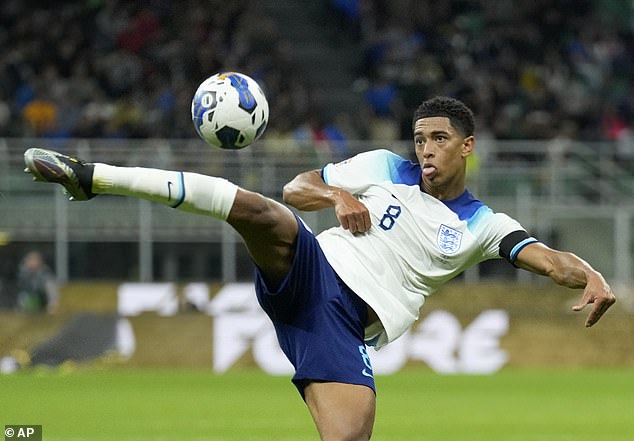 Declan Rice – Like many of his team-mates, made a slow start to the game. He improved – but not enough to shake England out of their current malaise. 6

Jude Bellingham – One of the positives out of a tough night for England. Has to start in Qatar. Nothing fazes the kid – has absolutely everything in his locker. 7

Bukayo Saka – Did a job for England in the left-wing back role but his talents are wasted in the unfamiliar role. 5.5

Raheem Sterling – The Italians were clearly petrified of the Chelsea attacker’s pace and skill but this was an off night. Remains one of England’s most important players. 5.5

Harry Kane – Probably had England’s two best chances but is being starved of decent service as England struggle for creativity. 5.5

Phil Foden – His movement caused Italy problems, particularly at the end of the first-half. Looked the England player most likely to unlock the door. 6.5 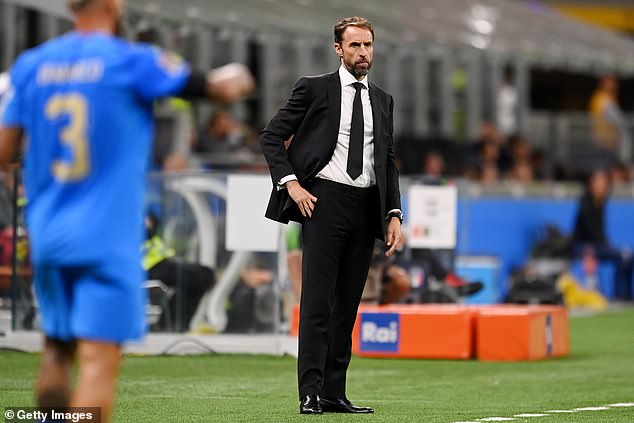 Gareth Southgate: His team have now gone over 400 minutes without scoring a goal from open play – and lost…again. It’s not looking good. 5

Referee: Jesus Manzano (SPA) – A bit over eager with the whistle at times. But had full contour of the game. 6.5

Carabao Cup draw: When is it? What TV channel is it on? Ball numbers confirmed