A late Jamie Vardy equaliser denied Manchester United the chance to leapfrog Leicester into second-place on Boxing Day in a tight top-four clash.

Ole Gunnar Solskjaer’s side stretched to an eighth game unbeaten on Saturday, strengthening their challenge to improve on last season’s third-place in the Premier League.

It was an ideal day for league leaders Liverpool though, as the Foxes missed the chance to cut the Reds’ lead to a point. Here, Sportsmail rates the performances from both Champions League challengers. 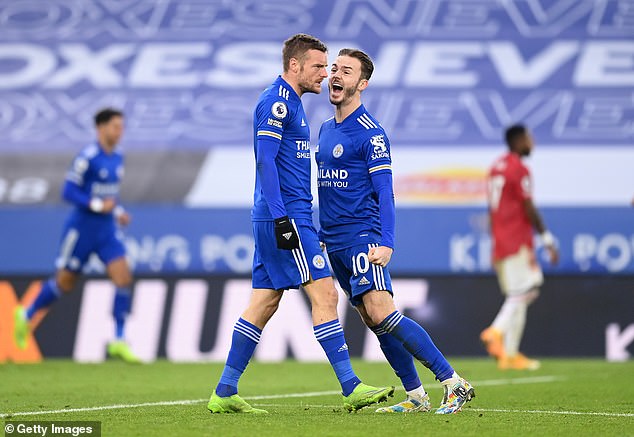 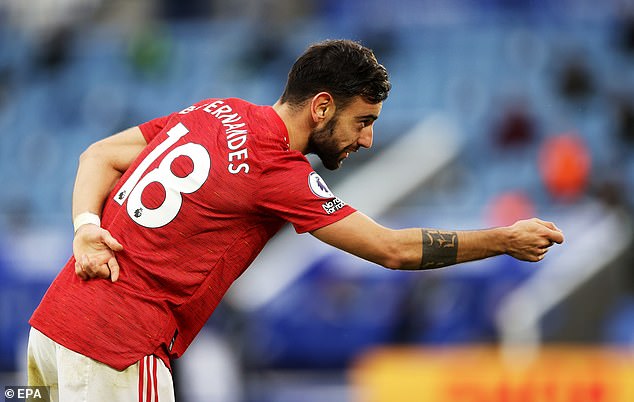 Did not have much to do until a brilliant save denied Rashford on the hour. Good decision making throughout.

Good passes when in possession and his pace was important as he tried to deal with Rashford.

Youngster’s pace was vital in handling United’s pacy counter attacks but caught out of position once or twice. 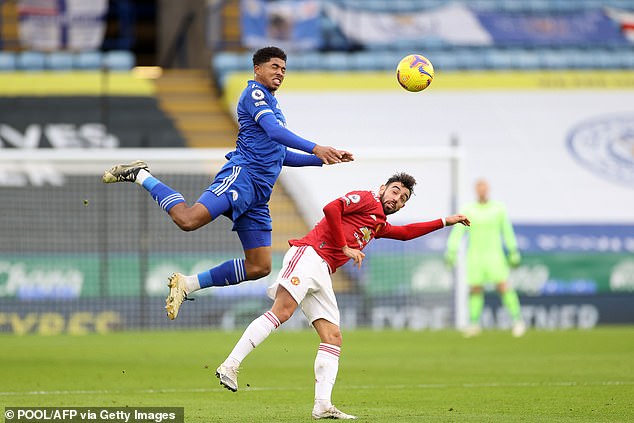 Needlessly gave away a throw for the opener and his lack of pace was exposed occasionally.

Got forward well and linked neatly with Barnes while having to cope with the pace of James.

Won the ball from Fernandes for the equaliser, typical of the tireless work and closing down he did. 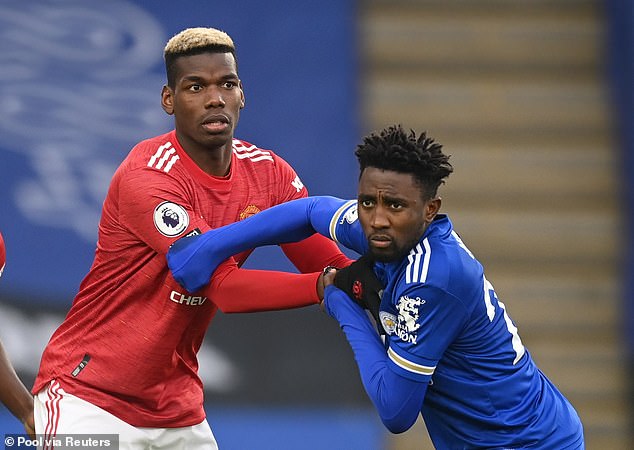 Wilfred Ndidi impressed, regaining possession for Leicester to secure a point at the end

Couple of brilliantly-timed interceptions broke up attacks and ran the show for the first hour, in partnership with Ndidi.

Grafted up and down the line, delivered a couple of good crosses without ever finding the killer pass.

Few chances, his best look from a free-kick was blocked by the wall, and booked for a cynical foul on Fernandes.

United’s defensive game plan was about keeping him quiet but they could not deny him a brilliant equaliser. 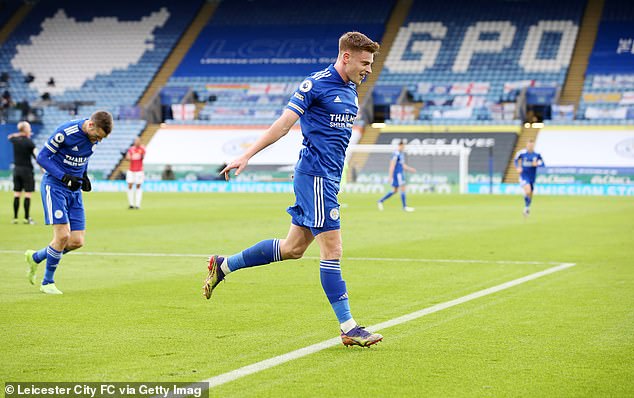 Amazing work rate, often dropping deep, but didn’t have a look at goal until his brilliant movement for his late equaliser.

Escaped a nervy early pass that could have let the Foxes in and then slow to react for Barnes’s equaliser.

Pushed into right-back as part of the plan to cope with Barnes which did not work out too well. Replaced with a back injury. 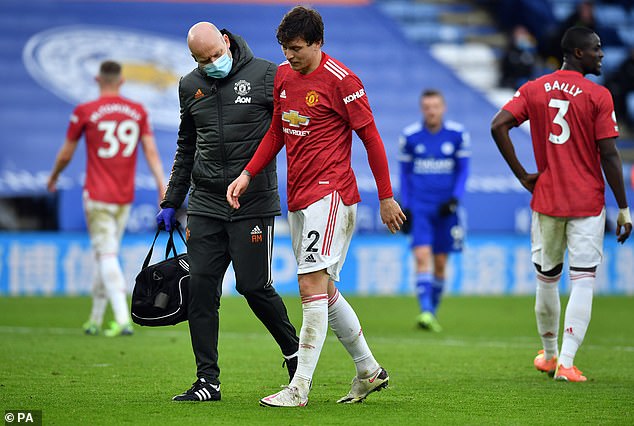 Solid enough but should have done more to rush out to Barnes for his goal and caught out by Vardy on City’s second.

Enjoyed his return to Leicester with his aerial dominance and almost scored with a towering set-piece header.

Excellent contribution at both ends of the field with accurate use of the ball and some critical defending.

Slow to close down Barnes for his goal but enjoyed a better second half after Pogba came on to add his presence to midfield. 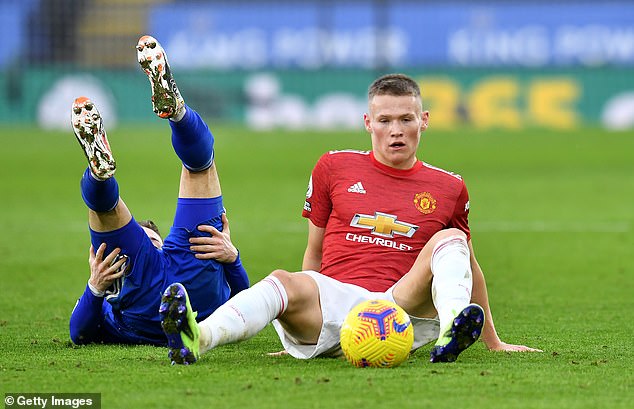 Did a lot of the dirty work in midfield but poor in possession and gave away a dangerous free-kick by blasting the ball at Bailly’s arm.

Started the move for the opener and his pacy running was impressive. Logical man to make way for Pogba early in second half though.

Had a hand in first three goals but made up for his mistake in the Foxes’ equaliser with a brilliant finish for United’s second.

Missed a first minute sitter but kept his cool when presented with another opening later in the half. 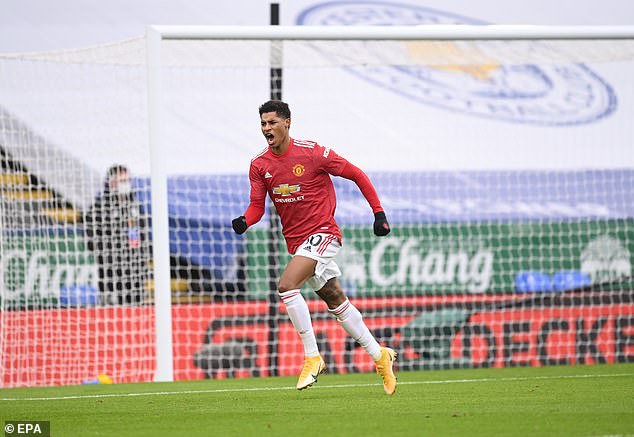 Quiet game although finished brilliantly just after the hour when played clean through only for VAR to confirm an obvious offside. 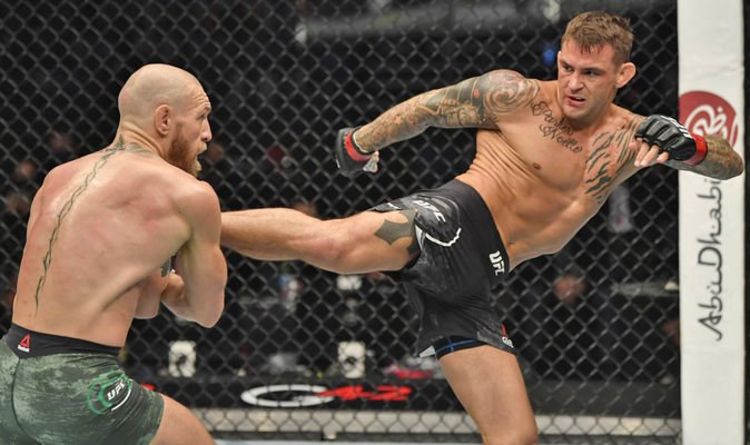 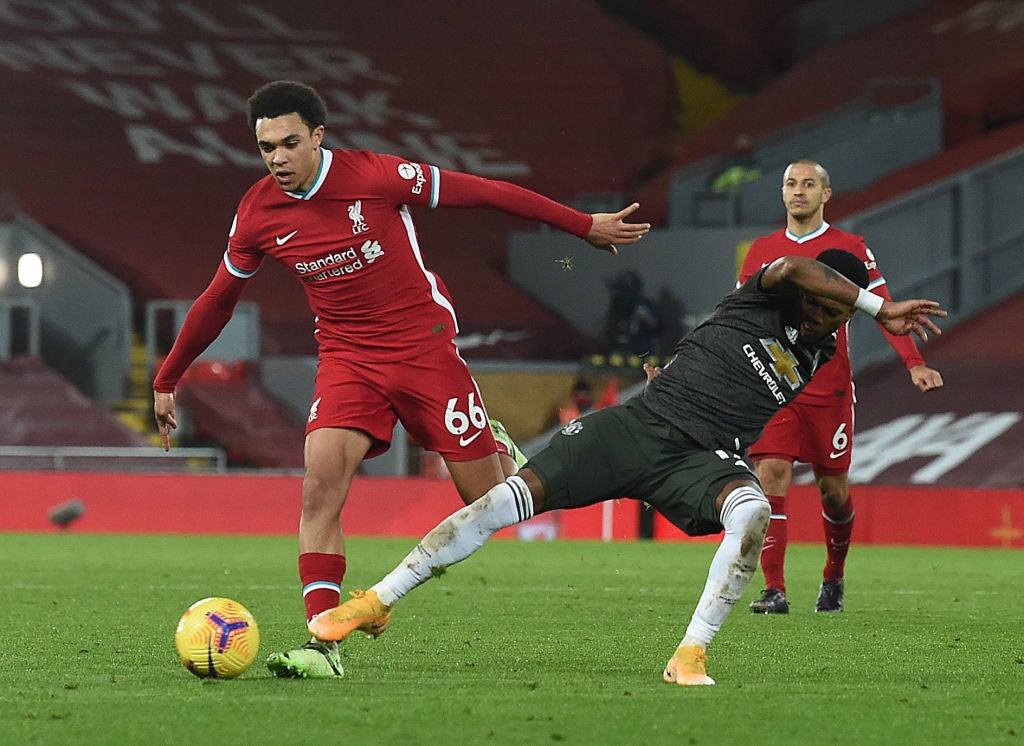 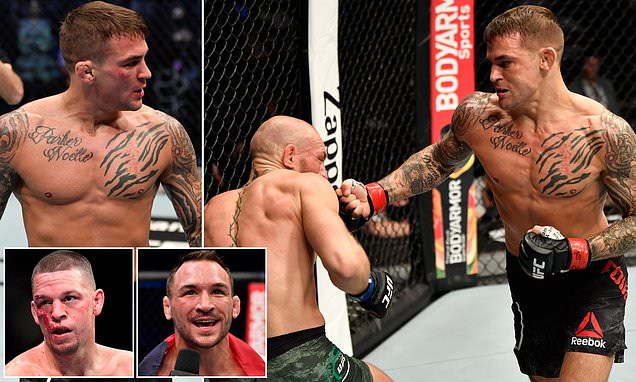