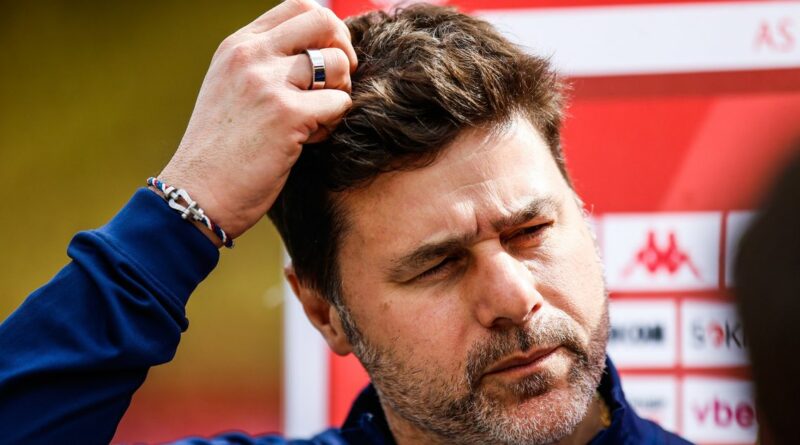 Mauricio Pochettino's Paris Saint-Germain payout is so big it would allow him to buy Jake Paul's Los Angeles mansion twice over.

The Argentine boss has struggled since arriving in France in January last year and now looks set to leave the club, despite winning the league title on Saturday. Le Parisien report that his exit is imminent, with the club and Pochettino only needing to come to a financial agreement before he leaves.

It is understood that it would cost PSG £12.6million to sack Pochettino and all of his staff, who all have one year remaining on their current contracts.

This figure would allow the former Tottenham Hotspur gaffer to purchase Paul's stunning LA mansion, which he put up for sale last year for £5.5million.

Pochettino could buy the property twice over and still have £1.6million left over. The mansion comes with an outdoor swimming pool, eight bedrooms and a driveway that holds up to 20 cars.

Paul listed the property, which also includes a theatre, bar, home office and gym, in January 2021 as he looked to relocate to Miami to focus on his boxing career. Both Kim Kardashian and Drake are amongst the celebrities to have also lived in the area.

Should Mauricio Pochettino be sacked by Paris Saint-Germain? Let us know in the comments section below

Speaking at a press conference last Wednesday, Pochettino discussed his future at the club and admitted: “I have one year left on my contract so logically it is not a question of desire but a question of contract.”

Despite winning the league on Saturday with four matches to spare, Pochettino has underwhelmed in Paris due to the players at his disposal.

After replacing Thomas Tuchel last season, his side missed out on the title to Lille and was eliminated from the Champions League in the semi-finals.

Their European campaign ended even early this season as they let a first leg lead slip away to Real Madrid, having also been in front on the night at the Santiago Bernabeu.

PSG are understood to be keen on Zinedine Zidane, Didier Deschamps and Antonio Conte to replace Pochettino, with Conte said to have already offered his services on a two-year deal.

Kepa Arrizabalaga: Why Maurizio Sarri may not be able to afford to sideline Chelsea goalkeeper