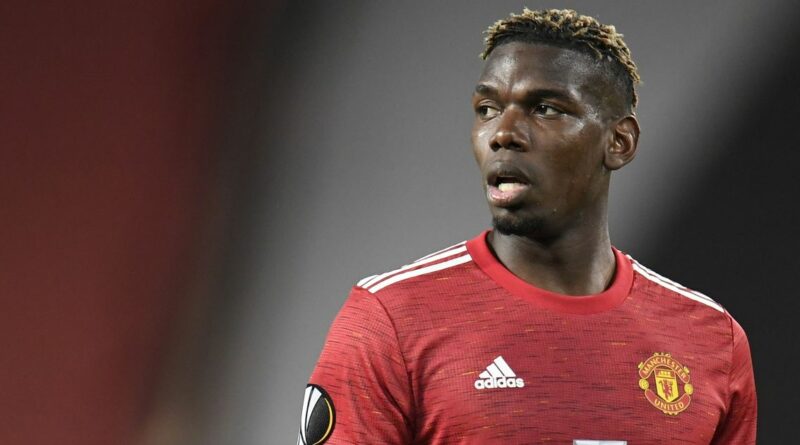 Paul Pogba's agent Mino Raiola is reportedly in talks with Paris St-Germain over a potential summer move amid doubts over his client's future at Manchester United.

Pogba, 28, has entered the final year of his £290,000-a-week United contract and does not appear to be closing in on an extension.

As things stand, he will be able to begin negotiating a free transfer abroad at the turn of the year, which would then go through upon the expiry of his contract next summer.

United therefore have a crucial decision to make in this transfer window: cash in on the France midfielder while they still can or risk losing him for nothing in 12 months' time. And reports suggest PSG are putting pressure on them to pick the former option, with the French club confident of prising Pogba away from Old Trafford for less than half the £89million he cost United in 2016.

They believe the Red Devils would sell up for around £43million and have opened negotiations with Raiola over personal terms, although there has been no contact between the two clubs yet.

Do you think Paul Pogba will leave Manchester United this summer? Let us know in the comments section below.

Italian outlet Calciomercato reported earlier this month that Pogba, who was born in Paris, 'likes' the idea of a potential switch to the Parc des Princes.

Mauricio Pochettino and co are undergoing a squad revamp in the French capital this summer, having already snapped up Gianluigi Donnarumma, Georginio Wijnaldum and Sergio Ramos on free transfers. They also forked out £54million to sign Achraf Hakimi from Inter Milan, and should Pogba become the latest high-profile name to join PSG their chances of finally winning the Champions League will appear as strong as ever.

The United ace told reporters ahead of Euro 2020: "I have one year left on my contract, everybody knows it. I know that the club is … well there has not been yet a concrete offer. "It has not been done. We finished the season with the Europa League then we went on holidays.

"So, I didn't sit down with Ed Woodward and the manager. We haven't spoken and of course, I am still at Manchester United."