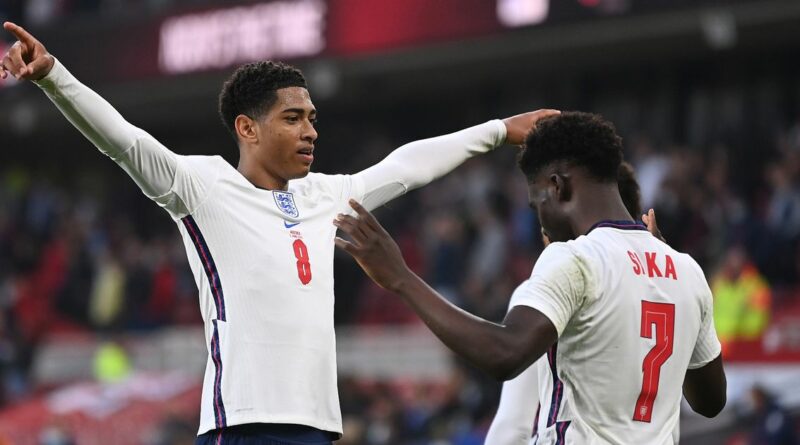 Though England are still reeling from their defeat to Italy in the Euro 2020 final, Gareth Southgate’s attention is already turning to future tournaments.

The Three Lions boss will have a mouth-watering selection of players for some years to come, with his squad one of the youngest at this summer’s tournament.

But players are also coming through academies who are drawing the eye and being marked out as future England stars, particularly for the 2026 World Cup in the US, Canada and Mexico.

Several stars currently in Southgate’s squad will also feature at the tournament, and here Daily Star Sport look at the up-and-coming players who could be called up.

Though Jordan Pickford has become Southgate’s number one goalkeeper, Dean Henderson should be at his peak for the 2026 showpiece event and will take the Everton star’s place in the team.

England possess an array of young keepers in their junior sides and one of the most impressive is Freddie Woodman, who has already earned two years’ experience as Swansea’s first-choice.

Newcastle keeper Woodman will aim to take Henderson’s place as the back-up goalkeeper on the bench in 2026.

At right-back, Trent Alexander-Arnold will still only be 27-years-old by the time of the tournament and will hope to be Southgate’s first-choice.

How happy were you with England's performance at Euro 2020? Comment below.

In the heart of defence, Ben White impressed enough to be called up for the Euro 2020 tournament and if his transfer to Arsenal is completed, should become a permanent fixture in England’s team.

Alongside White, Harry Maguire will likely be the old head among the group and could take over from Harry Kane as captain by the time 2026 comes around.

Their back-up on the bench may come in the form of Fikayo Tomori, who joined AC Milan permanently this summer and will hope regular first-team action can push him into Southgate’s thoughts.

Left-back was one of the thinner areas of Southgate’s squad at Euro 2020, but James Justin will move into England’s first-team if he continues his impressive performances for Leicester City.

Providing cover for Justin could be a player who failed to make an appearance at Euro 2020 in Chelsea star Ben Chilwell.

Jude Bellingham did gain minutes from the substitute’s bench for England this summer, but the Borussia Dortmund star can expect to be one of the starters in 2026.

Playing alongside him in midfield may be Mason Mount and Declan Rice, both of whom have proved to be key players for club and country.

Backing up those three is Tottenham midfielder Oliver Skipp, who impressed on loan at Norwich last season, making 45 appearances as they won the Championship.

Arguably Southgate’s most exciting options lie in the attacking positions, particularly out wide.

Marcus Rashford should return to the starting line-up for the World Cup, with Phil Foden taking up position on the other wing.

On the bench, Southgate will still be able to call on soon-to-be Manchester United star Jadon Sancho.

After impressing for Blackburn Rovers last season, Harvey Elliott looks to be a star in the making and should have become a regular for Liverpool by 2026 to earn a call-up to the England squad.

While Harry Kane has become one of England’s best ever strikers, Manchester City’s Liam Delap could be his natural successor for the Three Lions.

The 18-year-old has scored a frankly ridiculous 24 goals in 22 appearances in Premier League 2 and will hope to replicate that form on the senior stage.

Providing competition could be Mason Greenwood, who has long stated he believes his best position at Manchester United will be as a central striker.