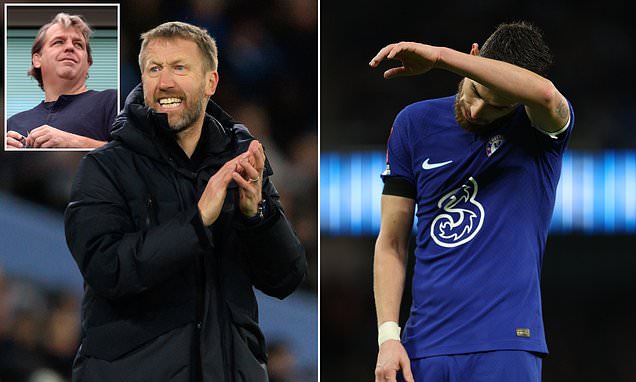 Graham Potter has retained the support from the Chelsea board despite the club’s worrying results in the past week.

The west London side fell to back-to-back defeats against Man City following a narrow league loss before an embarrassing drubbing in the Carabao Cup on Sunday.

The performance brought concern to a lot of Chelsea fans – who voiced their disdain during the match – however, the ex-Brighton boss still has the backing of his higher-ups for the time being. 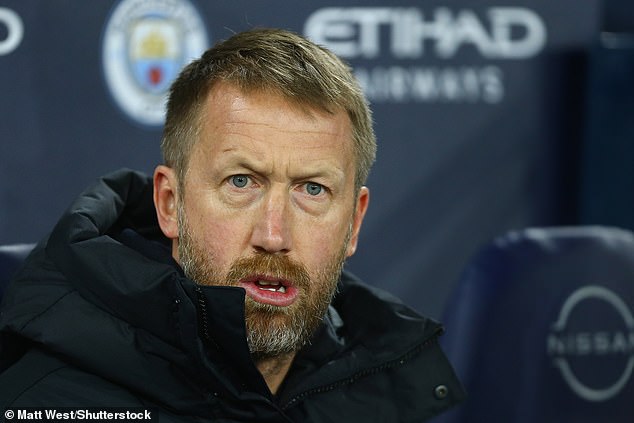 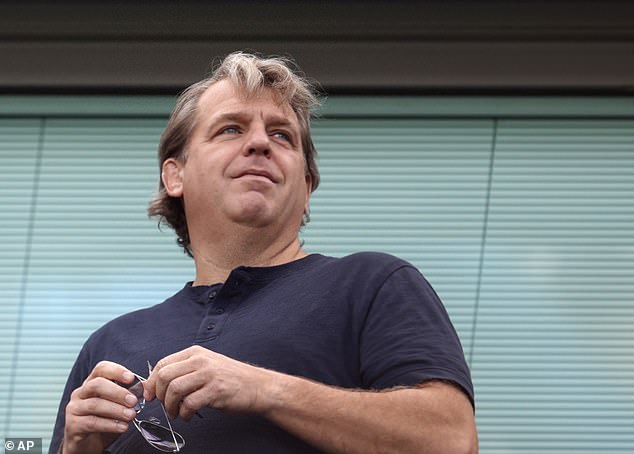 The Chelsea board are willing to support Potter despite the recent, concerning results of late. The Blues have won just one game out of their previous seven.

The ex-Brighton coach was appointed Chelsea manager in September and was tipped to be a long-term appointment made by new owner Todd Boehly.

The club have not changed their position, despite the poor form, and are happy for Potter to remain as manager for the foreseeable future.

However, if results and performances were to remain as they are across the next month, the Blues may be forced to act. 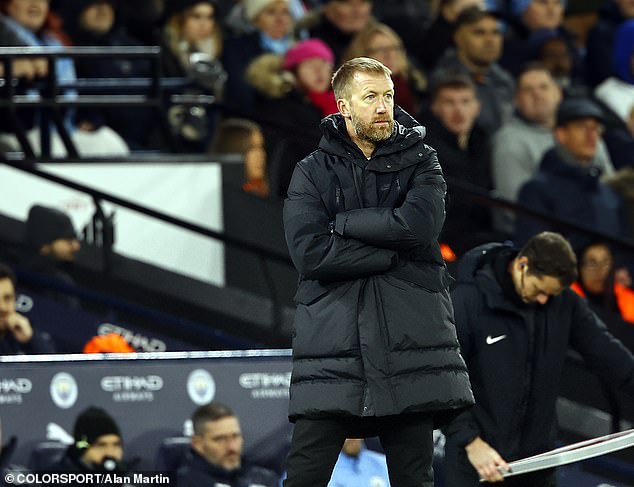 According to BBC Sport, the next month will be a ‘big test’ for the Chelsea boss and could be crucial as to whether Potter remains in the dugout for the whole season.

Chelsea will face Liverpool, Crystal Palace, West Ham and Fulham (twice) over the next month and the fixtures will serve as a judgement to Potter’s management.

The west London side have been plagued with injuries throughout Potter’s tenure – with Reece James, N’Golo Kante, Ben Chilwell, Armando Broja, Wesley Fofana, Raheem Sterling and more all sidelined in recent weeks.

The 47-year-old coach issued a rallying cry to his Chelsea players after their hammering at the Etihad and called for them to ‘support each other’. 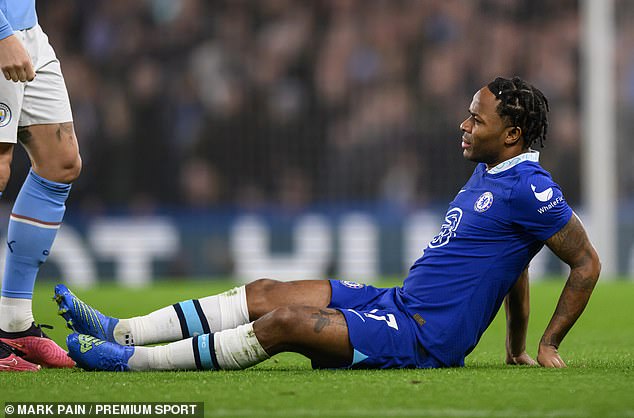 It was only recently that Potter delivered an emotional plea asking for patience in west London and claiming he ‘wouldn’t have been sacked at Brighton’.

‘I would always feel lucky to be at Chelsea, as I feel grateful and privileged to be here,’ he said.

‘But I understand where you’re coming from, as there’s a completely different ownership than there was.’

Even Pep Guardiola insisted, after their Carabao Cup clash, that Potter deserves more time to iron out his current issues with the Chelsea squad. 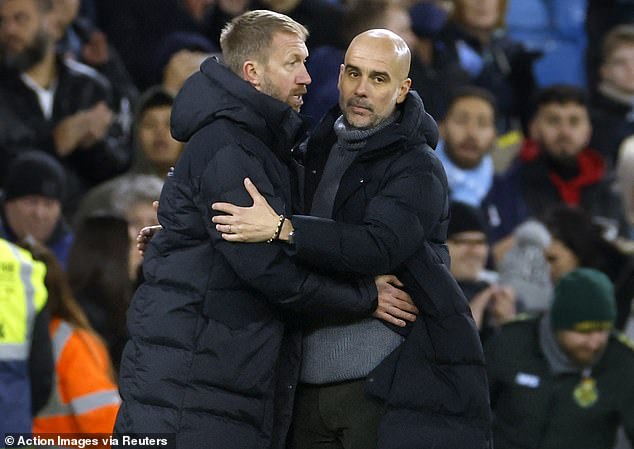