Premier League clubs are in talks with the Professional Footballers’ Association (PFA) over a 30% player pay deferral scheme following a video conference on Friday which also sanctioned a £125 million grant to clubs in the EFL and National League and a £20m donation to the National Health Service (NHS) to support the battle against the coronavirus.

Britain’s health minister Matt Hancock said on Thursday that Premier League players need to take a pay cut and “play their part” amid the coronavirus crisis.

Provisional plans to resume competitive fixtures at the beginning of May have also been abandoned, with the Premier League confirming that football will only return “when it is safe and appropriate to do so.”

– Stream new episodes of ESPN FC Monday through Friday on ESPN+
– Stream every episode of 30 for 30: Soccer Stories on ESPN+

With Premier League players beginning to come under intense public pressure to accept pay deferrals in the wake of Tottenham and Newcastle furloughing non-playing staff, at the same time as maintaining player wages at their usual level, the video conference involving the chief executives of all 20 clubs centred on the financial challenges facing the game since the football shutdown was implemented last month.

A Premier League statement read: “First and foremost, it was reaffirmed that the overriding priority is to aid the health and wellbeing of the nation and our communities, including players, coaches, managers, club staff and supporters.

“It was acknowledged that the Premier League will not resume at the beginning of May — and that the 2019-20 season will only return when it is safe and appropriate to do so.”

Beyond the commitment to discuss player salaries, the Premier League also agreed to help clubs in the lower reaches of the English pyramid system, including a decision to bring forward solidarity payments to the National League — England’s fifth tier — from August to this month.

The statement went on: “Discussions also took place regarding financial relief for clubs in the short term and while there is no single solution, measures are to be put in place to immediately deal with the impact of falling cash flow.

“Critically, the League unanimously voted to advance funds of £125m to the EFL and National League as it is aware of the severe difficulties clubs throughout the football pyramid are suffering at this time.”

A meeting has been scheduled for Saturday in which the Premier League, players and club representatives will discuss the proposed cuts to salaries. The Professional Footballers’ Association has also been invited to attend.

Efforts to help boost the fight against the coronavirus have also been agreed, with the Premier League pledging to donate £20m to the frontline services and those in challenging circumstances during the crisis.

Clubs across Europe have already taken measures with Barcelona, Atletico Madrid, Bayern Munich and Juventus among them.

On Monday, Barcelona announced an agreement had been reached for the players to take a 70% hit on their salaries as the club struggles to deal with the financial effects of the coronavirus crisis. The reduction will not only affect the men’s first team, but all of the club’s professional teams, including the basketball side, among others. Atletico Madrid followed suit on Thursday.

Juventus players and coach Maurizio Sarri have reached an agreement over a wage reduction that will save the Italian champions €90 million in the 2019-2020 financial year, while Bayern Munich confirmed to ESPN their players will waive 20% of their salaries as Bundesliga clubs brace for the economic impact of the coronavirus crisis.

ESPN has been told that at present, and unless circumstances change, Real Madrid have no plans to take similar measures. 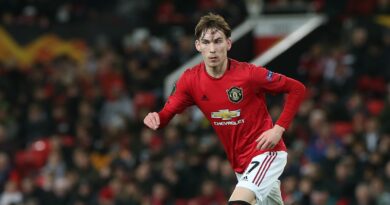 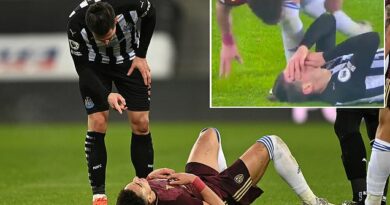 Newcastle defender Fabian Schar insists Rodrigo did NOT spit at him