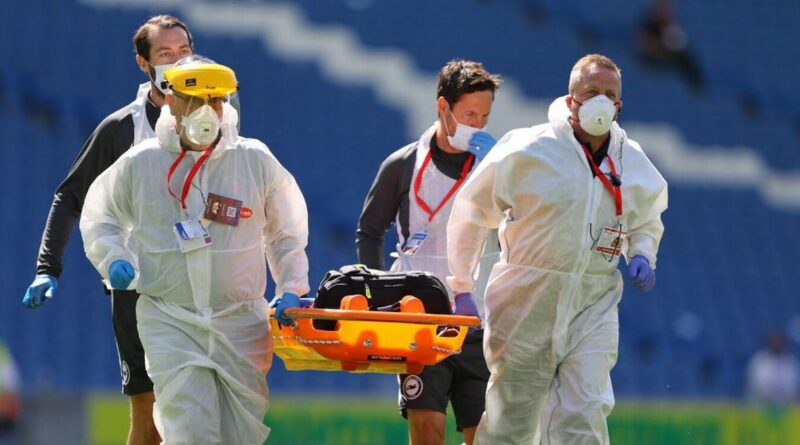 Pre-season is a time of relaxation and enjoyment for footballers, but some just take it a tad too far and that isn’t the best news for their football clubs.

After a long season of games and travel, the summer break is welcomed by all to recharge ahead of a new campaign with new objectives, however, it may not always go as planned.

Some may take their holiday plans too far and that may go wrong, and when it does go wrong, it sometimes may not end pleasantly for players.

Speaking to FourFourTwo, a secret footballer revealed the good and bad of a summer for a Premier League star, telling the gruesome story of one captain who missed the early parts of a season due to an overly exciting summer.

“One player, a Premier League captain, was drunk on a stag do in Portugal when he stood on some glass as he tried to throw the stag into the sea.”

He then revealed that the player told the manager that he had tripped down some stairs on holiday, causing his injury, in a bid to avoid any embarrassment.

The secret player then revealed some of his own problems on holiday, saying he once injured his back on a water slide in Spain two weeks before he was due back in training.

What's the worst pre-season injury you've heard of? Let us know in the comments below.

To save face, he told the club he injured his back lifting some weights at home and he had to spend a week away from the main group in training to recover.

Then there was also the question of what players eat and the secret footballer revealed that it’s the only time of year where players aren’t being monitored for what they consumed: “You can eat what you want and do what you want after nine months of almost every day of your life being regimented.”

There have been plenty of cases where players have come back from their summer holidays unfit or unhealthy or both, and it’s clear to see why: this is the only time players are free to do what they want after long, sometimes gruelling seasons.