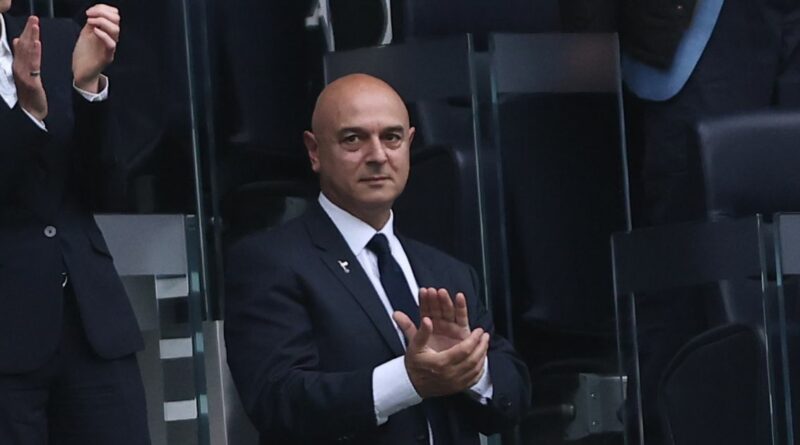 Financial fair play [FFP] was introduced to 'improve the overall financial health of European club football', with the main objective to prevent clubs from spending over and above what they earn in revenues.

It's also there to try and prevent clubs from getting into financial trouble that could affect them in the long-term, something that Barcelona appear to have missed the memo on.

FFP allows clubs to make a loss of £105million over three years, but if they turn a profit it can leave them in a great position, allowing for clubs to get away with spending more in the transfer window without going against regulations.

Kieran Maguire, a lecturer in football finance at the University of Liverpool, has estimated what each Premier League club could spend while still staying within the FFP limit, and it makes for great reading if you're a Tottenham fan.

Maguire's calculations show that Tottenham could spend £400m and stay within the FFP limit, which smashes the amount available to north London rivals Arsenal, and it leaves them way ahead of Chelsea, Liverpool, Manchester United and Manchester City.

The lecturer told the Daily Mail: "Spurs net transfer spend since 2010 is between a quarter and a half of the other Big Six clubs and it is the most successful club in terms of keeping its wages low as a proportion of income the club generates."

However as Tottenham fans are well aware, just because they can spend the money, it doesn't mean that the club will have the intention of doing so.

How much will Tottenham allow Antonio Conte to spend in January? Let us know in the comments section.

One club that may do so is Newcastle, and they will be able to spend around £200m once the new owners have secured early commercial deals, and it's likely that they will spend as much as they can when the opportunity arises.

Newcastle's potential spend is slightly less than Manchester United, Chelsea, Liverpool and Arsenal can get away with, and Burnley are a surprise package, with £171m at their disposal.

New Aston Villa manager Steven Gerrard hasn't been left with much to work with, as Dean Smith spent all of their transfer funds this summer, leaving the Liverpool legend essentiall stripped down to just loan deals should he need to add to his new side.

However their FFP position is expected to improve once the 2021 accounts are in, which is less that can be said for a struggling Everton side.

After £157.3m was spent on signing Allan, Ben Godfrey, Richarlison and Alex Iwobi and others, they are the only side in the red for Maguire's 'wiggle room' analysis, leaving Rafa Benitez stuck with the squad he has currently inherited.

However, after his stint at Newcastle under Mike Ashley, this won't feel uncommon.