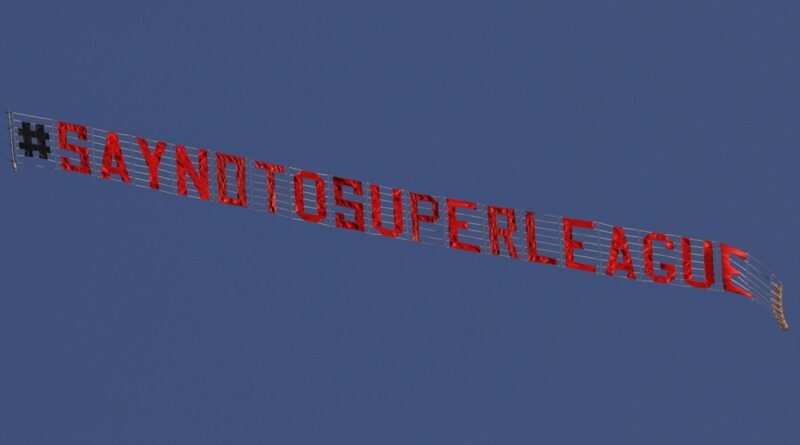 The Premier League has issued fines to the six rebel clubs involved in plans for a breakaway European Super League.

It is understood that a financial settlement worth a combined £22million has been reached between the six English clubs and the Premier League.

Liverpool, Manchester United, Man City, Chelsea, Arsenal and Tottenham all revealed their planned participation in the competition in April, but the tournament fell apart in a matter of days following widespread criticism in the footballing world.

Fans took part in mass protests, while players, coaches and pundits expressed their opposition to the idea, which would have seen the six Premier League clubs join six other teams from Europe in the tournament – with others potentially to follow.

Real Madrid, Atletico Madrid, Barcelona, Juventus, AC Milan and Inter Milan were all due to take part in the competition. However, the Premier League teams withdrew one by one, before their European counterparts began to do the same, leaving just Real and Barca.

Before their withdrawals, the clubs involved had been threatened with expulsion from their domestic leagues, while Fifa and Uefa warned any players that took part that they would not be allowed to compete at the World Cup, Euros or in the Champions and Europa Leagues.

A scheduled Premier League clash between rivals Man United and Liverpool was even postponed as home supporters invaded the Old Trafford pitch ahead of kick-off, while others prevented the team buses from reaching the ground.