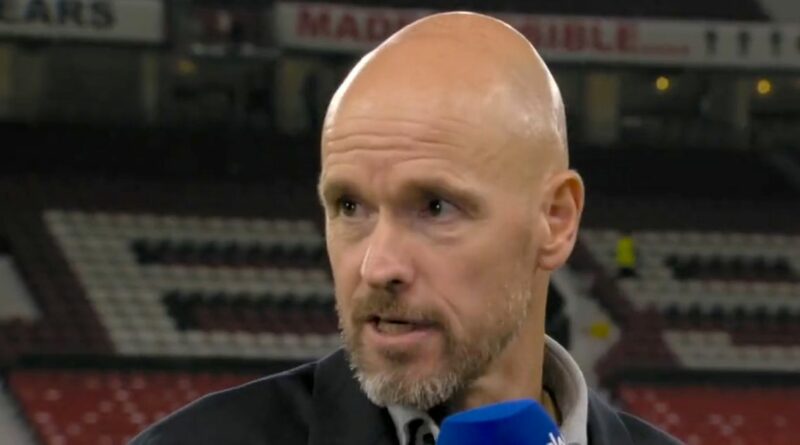 Manchester United manager Erik ten Hag will thank his lucky stars football is not played on the supercomputer.

The odds were stacked against the Dutchman when his United side, who had been previously been pulverised by Brentford 4-0, lined up against Liverpool. However, a spirited and efficient team performance saw the Red Devils overcome Jurgen Klopp’s Champions League finalists 2-1 at Old Trafford.

Nevertheless, modern technology does not have much faith in Ten Hag or his rejuvenated side. The former Ajax boss will be hoping and praying their performances on the pitch will be significantly better than those predicted by the supercomputer.

FiveThirtyEight’s supercomputer thinks United will finish seventh. Unsurprisingly, Manchester City have been touted to win the Premier League this season, while Liverpool, Tottenham, and Arsenal will make up the rest of the top four.

Chelsea have been tipped to fall out the top four while Brighton and Hove Albion, who defeated United on the opening day of the season, will finish in sixth position in the eyes of the computer. This means United will actually finish the campaign in worse fashion than they ended the last.

Not that Ten Hag will be interested in the somewhat inconsistent Supercomputer. It was evident in his post match interview that he is now getting used to life at Old Trafford. “We can talk about technical but it’s all about attitude,” Ten Hag said after United’s win over Liverpool. “Now you see we bring the attitude.

Do you agree with the Premier League supercomputer? Let us know in the comments section below

“There was communication, there was a fighting spirit and especially there was a team, and you can see what they can achieve. Because they can f***ing play good football."

After his amusing F-bomb, Ten Hag added, “I wanted a different approach and attitude and that’s what they bring on the pitch, and that’s what makes me satisfied. That’s just the start, we can have much more composure. We have good players and we can be a good team.

“It’s not always about what it is said. I said we have to act, not talk a lot. Make sure you are a team and battle, and be brave.”

Football: Man City's De Bruyne upbeat as he bids to put injuries behind him