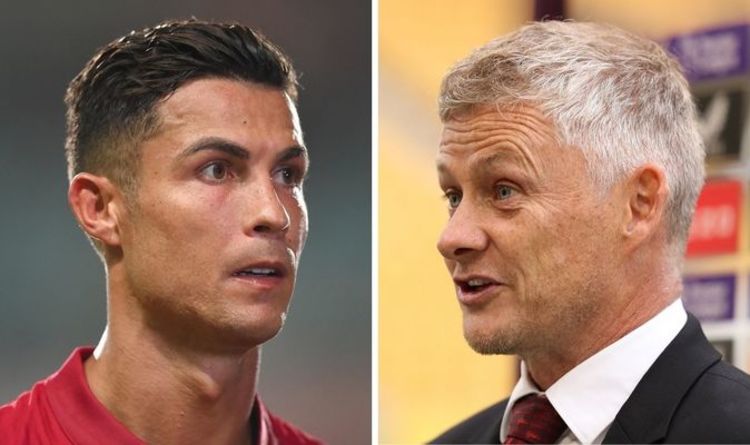 Reports in Portugal claim the Premier League are pushing to ensure Cristiano Ronaldo isolates for five days upon his return to England as he is travelling from an amber-list country. Manchester United are now preparing to welcome their hero back home, 12 years on after he left the club to join Real Madrid for a world-record fee.

Yet due to travel restrictions and COVID-19 regulations, the operation is not necessarily straightforward.

A week ago, Ronaldo checked into Juventus HQ to say his final goodbyes, packing his bags and boarding a private jet.

He headed to Lisbon with Jorge Mendes, where he would eventually put the finishing touches on his sensational return to Manchester United, despite intensive speculation linking him to City.

Ronaldo then linked up with his Portugal team-mates before he put on a show against the Republic of Ireland by scoring two last-gasp goals to flip the game on its head.

Emotions got the better of CR7 after his 95th-minute winner and the forward was booked for removing his shirt during passionate celebrations.

Now he will miss next week’s World Cup qualifier in Azerbaijan and Ronaldo now plans to leave his national team and head for Manchester, missing this weekend’s friendly against Qatar.

Yet according to Portuguese newspaper Correio da Manha, Ronaldo will have to isolate upon arrival in the UK, despite being double-jabbed.

That’s because the Premier League are reportedly operating with extra caution, even ruling over the government, by attempting to protect players on their return from international duty.

Ronaldo is still planning to make his debut next Saturday against Newcastle (3pm) though, which is why he’s so keen to head to England as soon as possible.

The quicker he begins quarantine, the quicker he can meet his new team-mates at Carrington next week as they prepare to take on the Magpies.

Several top-flight bosses have asked the Premier League and FIFA for support when it comes to welcoming their players back from the international break.

As it stands, Tottenham and Aston Villa are set to lose their Argentine players – Giovani Lo Celso, Cristian Romero, Emiliano Buendia and Emiliano Martinez – for at least one match on their return to the UK due to quarantine regulations.

United are one of the clubs to step in and they have stopped Edinson Cavani from travelling back home to South America to represent Uruguay.

El Matador has since expressed his frustration at the decision before selflessly giving up his No 7 shirt at Old Trafford for his fellow attacker Cristiano.

Ronaldo has since thanked Cavani for the gesture, he wrote on Instagram: “I wasn’t sure if it would be possible to have the number seven shirt again. So I would like to say a huge thank you to Edi [Cavani] for this incredible gesture.”

United have confirmed they will refund all shirts that have already had ‘Cavani 7’ printed on the back, as a gesture of goodwill.

Why the Man United vs Leeds rivalry is so venomous