The Premier League has scrapped the controversial pay-per-view scheme as the country enters a second national lockdown.

All top-flight matches following last term's restart – and the first batch of this season's games – were shown across Sky Sports, BT Sport, the BBC and Amazon Prime.

But clubs and broadcasters agreed that games not initially slated to be broadcast would be available on a PPV basis at £14.95 each earlier this campaign.

Viewing figures for some of those matches, shown on Sky Sports Box Office and BT Sport Box Office, have been embarrassingly low and the scheme has now been scrapped.

As such, following the international break, all of the Premier League’s games will once more be broadcast in the United Kingdom on the aforementioned existing broadcast partners.

However, the decision has only been made until the end of the year – with the possibility of a return in 2021.

The Premier League’s chief executive Richard Masters declared last month that the £14.95 price was “defensible”, while BT also defended it, saying it was only covering its costs in screening the matches.

But it was met with overwhelming unhappiness from supporters, many of whom opted to give the money to charitable causes such as food banks instead.

The pay-per-view model came in at a time when the October 1 return of fans had been indefinitely delayed but when the English professional game continued to lobby Government to allow them back in.

Now, it's understood that the model clubs are edging back towards would resemble the early season arrangement, seen in September during the first three weeks of matches.

Then, all 28 matches were shown live on Sky Sports, BT Sport, the BBC and Amazon Prime.

Seventeen of those had been selected as part of the usual TV rights package. Of the other 11, six were shown on Sky, three on BT and one each on the BBC and Amazon.

Premier League clubs had initially voted through PPV with a 19-1 majority – only Leicester City voted against bringing it in.

We'll bring you the very latest updates, pictures and video on this breaking news story.

For the latest news and breaking news visit Mirror.co.uk/sport. Get all the big headlines, pictures, analysis, opinion and video on the stories that matter to you.

For other sport news, follow us on @MirrorSport – the official Daily Mirror & Mirror Online account – for all the latest happenings in the sporting world.

We're also on Facebook/mirrorfootball for your must-see news, features, videos and pictures throughout the day from the Daily Mirror, Sunday Mirror, The People and Mirror Online. 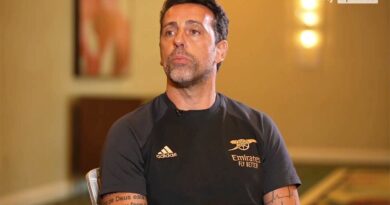