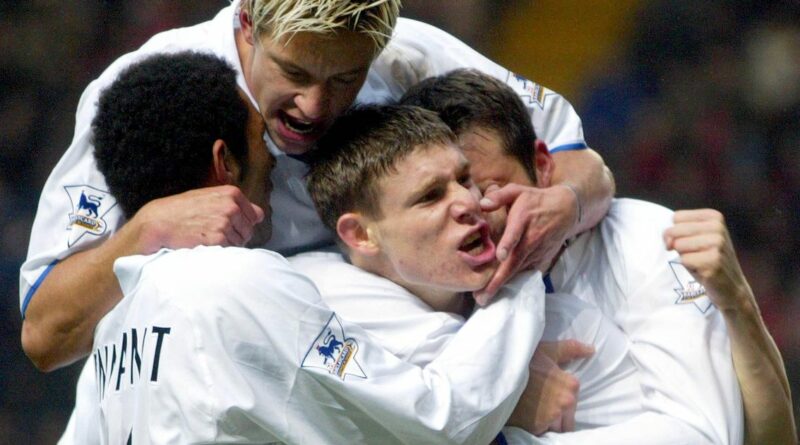 When Wayne Rooney hit the underside of David Seaman’s crossbar in 2004, we were famously told to “remember” his name.

But we didn’t need to. The current Derby County boss became a Premier League legend, a striker for the ages who some would argue is deserving of a spot in the league’s all-time XI list.

But unlike Rooney, those who burst onto the scene at such a young age sometimes just end up quietly leaving through the backdoor.

Here the Daily Star Sport will take you from some of the youngest names to ever find the net in the Premier League – and see what they’re up to now.

It was some feat to have sourced such a young talent in the Finnish leagues in the days of pre-broadband and Football Manager, but Gianluca Vialli brought Mikael Forssell to Chelsea in 1998 from HJK and it was not long until the striker was finding regular starts.

He scored against Nottingham Forest in February 1999 but injuries soon hit and he was sold on after six years at Stamford Bridge, playing a measly 53 matches.

Injury-woes continued, and though his period at Birmingham City between 2004 and 2008 made him something of a cult hero, with Forssell there’s always been a sense of what-might-have-been.

The 40-year-old retired in 2018 and was most recently snapped alongside former boss Steve Bruce on holiday.

Who will be the next to break the record? Let us know in the comments section.

Raheem Sterling scored for Liverpool with a game-winning goal against Reading in 2012, marking the start of a glittering career

The attacker became one of the key players for the Reds as they mounted a title challenge with Brendan Rodgers at the helm.

But things started to fall apart and the England international found that his destiny was with Manchester City.

He’s had some dry spells at the Citizens but for the most part, Sterling has been tremendous.

The 27-year-old scored his 100th Premier League goal against Wolves earlier this month, and if there were any plans to sell him, it looks to have been shelved for the time being at least.

Daniel Jebbison is our most recent addition to this list.

His goal in May 2021 against Everton sealed all three points for the Blades, but it wasn’t able to stop them from dropping to the Championship.

The forward remains with the Yorkshire side, but currently playing for Burton Albion on loan.

Reports have emerged that the 18-year-old – who has scored four goals in 14 games in League One this season – is subject of interest from several clubs for the January window, according to TeamTalk , including Liverpool, Everton, West Ham.

The Italian striker was substituted on with half an hour remaining and his curled effort secured a 3-2 win for the Red Devils.

Macheda, now 30, went on to score another for the club that season but he failed to live up to the expectations set by his superb first goal.

He left United in 2014, before spending time in the Championship with Cardiff City, but currently, he plies his trade for Super League Greece club Panathinaikos, where he has a credible return of 40 goals in 109 games.

Andy Turner scored for Tottenham in the Premier League’s inaugural season, against Everton in September 1992.

The winger went on to score goals against Brentford, Manchester City, and Oldham Athletic to end the 1992–93 season with four goals in 21 appearances.

After leaving Spurs in 1996, he was something of a journeyman but never featured in English football’s elite division again.

He retired in 2008 and today appears to be Head Of Coaching at Cefn Druids A.F.C, a club near Wrexham that plays in the Welsh Premier League.

It’s widely accepted that had Michael Owen not had such rotten luck with injuries – along with a tad more sense of determination – he would have been one of the greatest English players of the modern era,

The forward netted 158 goals for the Reds during his time at the club – and his first came against Wimbledon in May 1997.

Owen soon got the move to Real Madrid, then Newcastle, then to Manchester United – the latter being much to the annoyance of Liverpool fans.

He retired in 2013 after a brief stint at Stoke City. Today he works as an occasion pundit for BT Sports.

Cesc Fabregas was one of the smartest moves Arsene Wenger ever made as Arsenal boss.

Plucked from La Masia to Arsenal's academy, he netted for the Gunners for the first time in August 2004 during a 3-0 win versus Blackburn Rovers.

"He's only 17 and he's better than Roy Keane", sung the Arsenal fans.

Though the lyrics were meant to be ironic, the Spaniard went on to enjoy an illustrious career with Arsenal, Barcelona, Chelsea, and Monaco.

Rooney came on as a substitute late on for Everton and scored with a jaw-dropping strike to end Arsenal’s 30-game unbeaten run.

Having made his mark so young, many felt it was why his legs and frailties started to show at such an old age.

United’s top scored returned to Everton in 2017, before moving to D.C United, then Derby County. He retired with the Rams in 2021 and has since become the struggling Championship club’s manager.

James Milner got on the scoresheet as Leeds United beat Sunderland in 2002. It came just two months after Rooney had smashed the record of being the youngest ever to do so.

And similar to Rooney, Liverpool’s mister versatility has enjoyed a spellbinding career at the top level.

He’s getting more bit-part performances for the Reds of late, but it’s likely he’ll have at least one more season yet, even at 35.

Vaughan was tipped to become the next Wayne Rooney but the only connection they have is the first club they played for.

Against Crystal Palace in 2005, the attacker scored on his Premier League debut to put Everton 4-0 up.

The 33-year-old spent eight seasons in Merseyside but could only score nine times out of 60 outings.

He’s featured 408 times for various clubs, and it was only last season he dropped down to League Two.

For Tranmere Rovers during the last campaign, he netted 18 times in 28, the fourth highest in the division. 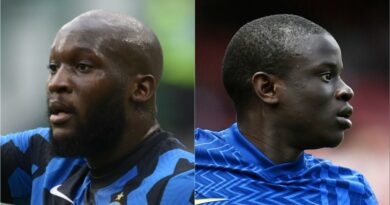 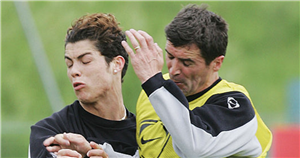